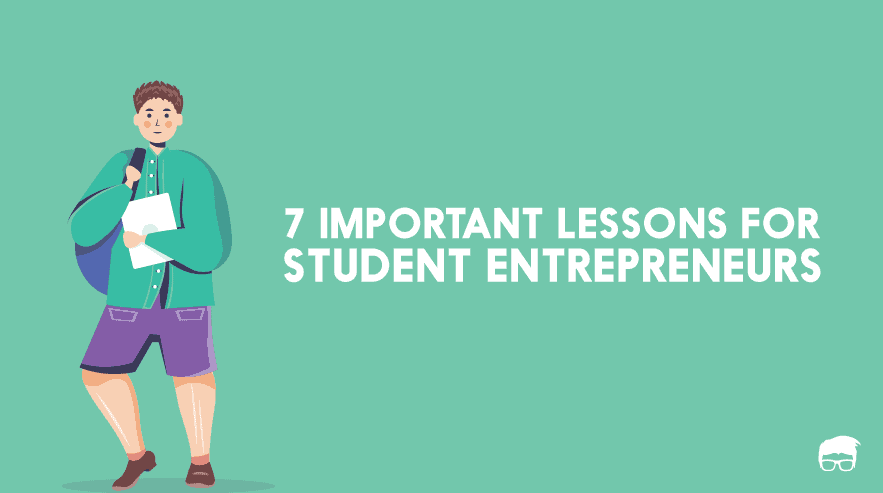 Out of 100 people, there are 72 people just like you – who want to start their own business someday. Many have even started their businesses and many are thinking of working on it.

Moreover, the fascination and pride of being the boss of your own company is merely the tip of the iceberg. Juggling college work, business, and personal life without much prior experience can be draining.

So, in tough moments when you are burnt out, slogging through school, and wanting to grind the startup slope, here are 7 lessons to learn from success and failure stories of famous student entrepreneurs:

Create Something Relevant And Novel

When we say startups are creative, we refer to the two aspects of creativity:

Matt Mullenweg founded WordPress when he was just 20 and studying at the University of Houston, Texas. The idea of WordPress struck him when he recognised the need and relevancy of a content and web development platform.

The novelty was how he developed its business model – a platform operated by the community where no one gets paid to contribute to the platform.

Matt believes that an entrepreneur should step into the shoes of customers and create what they need, not create something and then look for its market. Till date, he believes that –

It’s my responsibility to meet as many users as possible and direct the software project in a way that reflects their interests.

Take Mullenweg’s advice – create an offering that adds value and improves the lives of customers in today’s times.

Have A Hunger For Passion, Not Just Power

Blake Ross, the chief co-founder of Mozilla Firefox released Firefox when he was working on a college project at Stanford University, California. In an interview with the Guardian, he elaborated on how he began the Firefox project with no intention of storming the internet. Ross’s focus was on pure innovation and fulfilling his passion.

He was so passionate about the web and the internet that he developed his first individual project – a website named America Online – at the age of 10.

Contrary to what people think, Bake was a student intrapreneur and not an entrepreneur when he developed Firefox. During his college days, he worked with his colleagues Dave Hyatt and Joe Hewitt to develop an open-source user-friendly browser – Firefox. This was when he was just 19.

Along with Firefox, he also worked on his startup – Parakey, a Web-based computer user interface, which was later acquired by Facebook in 2007.

Today, Mozilla Firefox has the third-largest market share after Google Chrome and Safari. But according to Ross, he never wanted to conquer the internet, but passionately take Firefox to its full potential.

It’s important for you as an entrepreneur to build a startup that fulfils the need of the market as well as your need for passion, or else, things might not go the way they should be.

Simplicity Is The Key

By finding the perfect balance between:

Entrepreneurs are neither of the above. Rather, they integrate both the existing and innovative resources to find a simple balance.

Simplicity is what drove David Karp to launch Tumblr when he was 21. He strongly believes that over-complication can ruin a perfectly excellent product. He started Tumblr as a simple platform – you write, you post, you share. Additional simple aspects of Tumblr were:

The platform did wonders till 2013 when it was acquired by Yahoo! and no one in the Yahoo! team had an idea on how to take things forward.

Try to follow the lean model – eliminate waste in product and processes while satisfying customer wants.

Simple steps can better-shape your confidence and efficiently direct you in the long run.

You need a financial plan if you want to build your business. Whether it is a short-term goal (sales, brand awareness, etc.) or a long-term goal (doubling revenue, brand recall, etc.), your financial understanding forms the base of your startup venture.

Even Walt Disney laid Disney’s foundation through both creativity and intense financial planning. As a student entrepreneur at the Art Institute of Chicago building, Disney for Walt was not easy. It required immense financial steering. Walt’s financial plan was:

Despite all the planning Walt’s brother and business partner Roy Disney repeatedly begged him to withdraw the company because of the fear of bankruptcy. But Walt’s meticulous financial planning paved the way for Disney’s success.

Don’t Be A One-Man Army

The entrepreneurship job may seem like a one-man job, but trust Elizabeth Holmes – “it’s not”.

Elizabeth Holmes was declared as the youngest self-made billionaire by Forbes when she founded Theranos. Motivated by her fear of needles, she founded a healthtech company that created blood tests that needed only a prick of blood to test for serious ailments like diabetes, cancer, etc. She received investments worth $700 million.

The investments put her on top of the moon. She began placing a mandate that she would keep the technology behind Theranos to herself and all final company decisions rest on her. This meant that no other medical or business expert would be on-board. It was her investors and her.

This stealth mode did not prove to be good for her. As Theranos was launched, there were reports of inaccurate blood-test results by the Theranos technology. The company immediately had to be taken down. Had Elizabeth brought the right medical and business experts onto her team, Theranos would be a successful student start-up today.

Teamwork is important. Recruit people who can bring in focused attention to your venture, because no one is capable of doing everything alone. You cannot progress if you don’t bring dedicated people on board.

Also Read:  Who Is A Business Advisor? | 10 Types Of Advisors

The answer is that you will most likely fall flat on your face the first few times. Believe it or not, most successful entrepreneurs stand over a series of failures. But learning to embrace failure by recognising your deepest strengths and weaknesses is the only way to make the cut.

Mark Cuban, the famous entrepreneur and ‘shark’ investor on shark tank began his career with a startup failure.

Fresh out of Indiana University, Mark was encouraged by his parents to learn a trade and begin his own business. So he began work as a carpet installer. But he was terrible at it. So he shifted to being a server at a restaurant, but he couldn’t serve food rightly nor open wine bottles for customers.

Next, he had the idea of starting a powdered milk business. Everyone needs milk, but milk is difficult to pack. So, he believed that powdered milk is the next thing the world needs. Astonishingly, this was a huge failure and his parents were his only customers.

This failure led him to join a tech company as a salesperson. But, within a year, he started selling to customers based on intuition, against his CEO’s advice. He was immediately fired.

After repeated failures, most entrepreneurs would have quit. But a true entrepreneur like Mark Cuban derived ambition to build his own company from these failures – MicroSolutions, which was sold for $6 million. Today, Mark’s net worth is more than $4 billion just because he never backed down.

“It doesn’t matter how many times you fail. You only have to be right once and then everyone can tell you that you are an overnight success.”

These competitions provide the perfect push into the industry without danger from established competitors because of:

Take Daniel Fine, the student entrepreneur at UPENN Wharton School, Pennsylvania, who started 4 businesses. In an interview with the NY Times, he stated that financing all of his startups would be impossible without the entrepreneurship competition funds like dormroomfund.com and GSEA.

He applied to multiple such competitions just for the feedback and networking, He added that for young entrepreneurs like him what matters along with a college degree is entrepreneur competitions and contests.

Consider applying to various entrepreneur and startup competitions. Whether you have a business model or just an idea, go for the experience, feedback, and guidance from these competitions.

It’s hard to get started on your business when you’re just a student, but it’s never too early to work on – a cause, an idea, a team, a concept, etc. – that’s bigger than yourself. In summary, keep in mind that it’s really not about making money, but about making a life worth living for yourself and others. 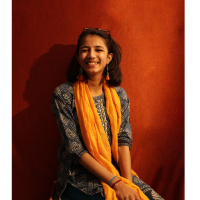 Are You An Entrepreneur?

The API Economy: A Comprehensive Guide

While booking an Uber, you might have noticed the Google ... Read more