Competition is the fuel of a market. Some firms compete for customers, some compete for resources, some compete for market share and all compete for profits. This never-ending race to success is filled with sparsely populated hurdles and uncertainties waiting to be crossed and cracked. The players that get the hang of the game have an easy time climbing up and the insolent keep tumbling down. This slugfest has sets of leaders and followers in every domain, but the question to be asked is does it pay to be the first to climb the wall?

A firm that is the first player to enter into a segment is believed to be bestowed with certain advantages with respect to knowledge, resources and market which is the simplest definition of the first mover advantage. But some are skeptical of the existence of such an advantage citing examples, like the poster boy of first mover disadvantage club Xerox, which had a colossal fall from grace. You can now go and tell those Apple and Windows fanatics that the personal computer was conceived by neither of them, but by the aforementioned fallen giant. Even after being the first mover in revolutionary segments like the personal computer, photocopying etc. Xerox didn’t exactly have a long-lasting advantage post their patent periods. So why did Xerox meet its demise way too early even after playing by the rules of the market?

Laughing at Xerox from the top is the first mover in the soft drink cola industry, Coca-Cola Company. From a small pharmacy in Atlanta, Georgia, to a $188 Billion market capitalization company, Coca-Cola’s first-mover story has been nothing short of a fairy-tale. Creating a brand, market, competition, and legacy for itself, Coca-Cola has been ascending and has thus far let just one other player challenge it.

Also Read:  7 Key Skills A Good iOS Developer Should Have

So did the latter really come off so much better than the former, given both of them were the first movers in their respective industries, because of the non-existence of the so-called ‘advantage’?. Let’s not allow the failed first movers to get away with their fall by rejecting the theory itself. Being an active player in the market, although affected by external factors, the company’s strategic decisions have played as much role in deciding its trajectory as external factors like market and technology have.

As a first mover, the firm has at its disposal a set of skills, knowledge and/or resources which helped it create the segment in the first place. This window of opportunity above the rest of the lot is the time for the companies to take a call which would eventually decide its fate in that segment. Coca-Cola protected its secret formula, Amazon expanded its market share and products range, Kellogg’s cemented its brand name recognition and Xerox took a patent (Sigh!). The piece of innovation that makes them the first mover has to be backed by a decision that puts in place a structure that makes that piece of innovation productive and prevents any leakages in the form of counterfeiting and competition to occur. No company ever dazzled the world by lackadaisically going after a market. The firm being the only incumbent in the new industry has to reinforce its dominance on the other forces. A company that refuses to learn, update or establish itself is bound to fail.

The window to take the decisions is however dependent on the industry that has the segment. An industry with rapid technological growth gives a slim window to the first mover to implement its strategic decisions. The growth of the market is another factor that influences the window of opportunity. A slower market growth gives a longer window for the first mover to formulate its strategy. Given these influences, the firm still has an opportunity which others in the industry don’t. This is the advantage that forms the foundation of the First Mover Advantage.

There are debates about the rate of successful conversion of first-mover strategies, as for success, they have to be backed by sustainable decisions. If an arbitrage can be exploited without effort, there would be no arbitrage. Every firm should strive to reach that position which needs it to make an effort. Every innovation should be fortified by a long-term plan. Be it an entrepreneur or an incumbent, innovation is always a step forward. But beware, it’s called the First Mover’s Advantage, not the First Mover’s Immunity.

Did we miss something?  Come on! Tell us what you think about our article on Is First Mover’s Advantage Real? in the comments section. 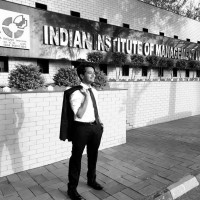 Abhishek Shridhar
Abhishek Shridhar is a student of the Integrated Programme in Management at IIM Indore. He has been involved in the field of article writing for the past 2 years and was a part of the Media and PR team of i5 Entrepreneurship Summit 2017.

Are you an entrepreneur?

How To Find A Niche: 6 Proven Steps

Finding a niche doesn’t mean looking for something no one has ever thought of or the market no one is...