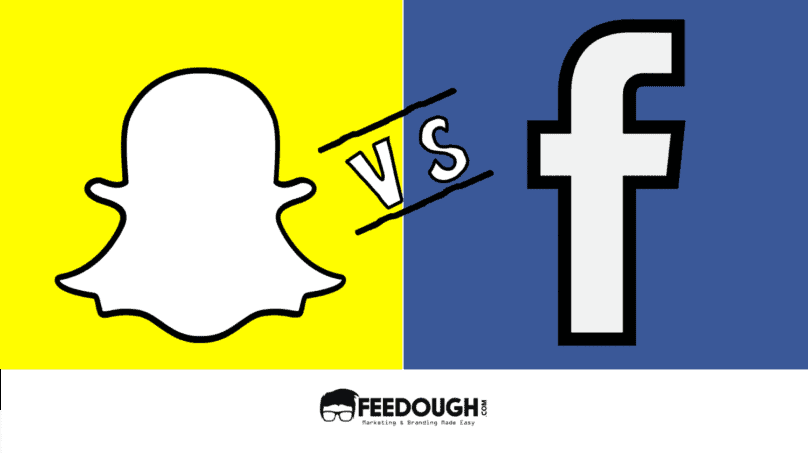 The way people share has changed a lot. They don’t just share updates, they now share experiences. This has led to a growth innovation in media content – Virtual reality, 360 videos, live videos, etc. Facebook, being a pioneer of the social networking sector, has its already set its hands on these innovations.

However, one of the biggest problems that it faces is revenue earning. Maximum of the revenue earned by Facebook is through advertisements. But these days, users have become more repulsive to native ads, sponsored posts and other usual Facebook advertisement types. This made the developers look for alternate advertisement placement ideas and brought Snapchat in the scene. Snapchat, the ‘communicate through photos and videos’ application is known for its great revenue model. Because of its great ad placements and other innovative features, Snapchat was given an offer of $3 billion by Facebook in 2013. It is now worth $25 billion and has a parent company – Snap Inc. which also deals in innovative tech spectacles.

It’s hard to tell whether the feature you’re using on Snapchat is a usual feature or a sponsored content. This is what Facebook aims for. Facebook has already earned a lot of negative publicity when it shamelessly copied Snapchat’s Stories feature and introduced it as Instagram stories and Whatsapp media status. But this publicity is short-lived. Users are so addicted to Facebook that they’ll use the features anyway. The introduction of Instagram stories actually worked in the favour of Facebook and slowed down the growth rate of Snapchat. However, the same feature, when introduced in Whatsapp received a lot of criticism and had to be rolled back (in part). Other Snapchat features like lenses and geo frames have been introduced in Facebook messenger as filters.

The only reason Facebook is obsessed with Snapchat is that Snapchat integrates advertisements in its business model way better than Facebook. Sponsored geofilters, filters, lenses, etc. are so well integrated that users interact with advertisements without realizing that they actually help the application make money by using those features.

Facebook’s operating and revenue model is a lot different from that of Snapchat. One can clearly distinguish between organic and paid (boosted) posts on Facebook.  Just because advertisements look like ‘advertisements’ on Facebook, people tend to ignore them.

Snapchat now needs a great innovative step in order to deal with Facebook. This was seen when it separated its parent company and launched a new product – Spectacles. Snapchat is now moving towards being a camera application and its parent company to be an MNC dealing in camera products. Only time will tell if this is a beneficial step for Snapchat or not.

Did we miss something?  Come on! Tell us what you think about this article on Snapchat vs Facebook in the comments section.