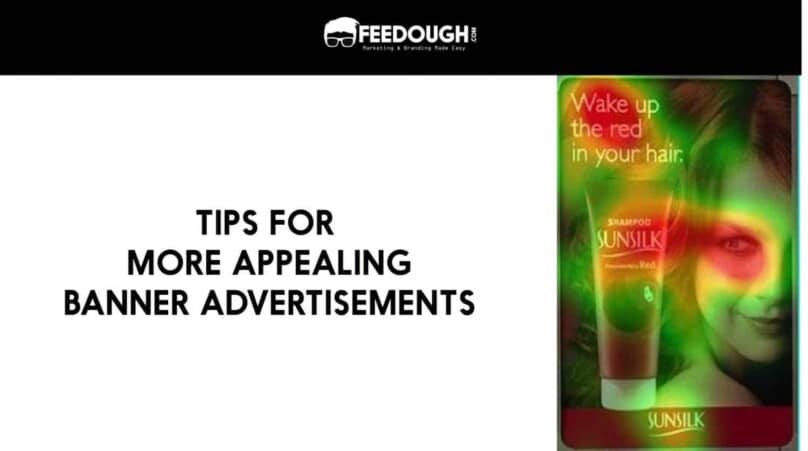 Whether the ad space is bought on ad spaces providers like Google Adsense or the company wants to advertise on any E-commerce platform or on an affiliate website, banner advertisements are important.

A banner ad should be clutter-free. Use minimalism wherever possible. Stick to the rule of one.

More material, if used, can divert the users’ attention and can reduce the impact of the trigger to click on that ad. Resources if overused may also lead to the creation of confusion in the mind of the user. Remember – One Ad One Message.

No one visits a website to see an advertisement, ads just click to them. Being a secondary trigger, ads are supposed to have fewer words and more meaning. Viewers glance over the ads and not read them. Make sure your copy can be read in a glance.

2-3 Words are considered optimum for a good headline of a banner ad.

Headlines should be emphasized and designed in a way to make users click on the banner (or read the subhead).

A Good Headline has the following features

A direct headline goes right to the point (iPhone 7 is here) whereas an indirect headline (Experienced Virtual Reality yet?) create a curiosity. Both work well depending on what you’re selling.

There are some rule of thumbs for headlines like questions, news,  and How to’s works well in banner ads.

Subhead should be limited to 3-5 words and written & designed in a way to increase the click-through rate of the ad. It’s a good practice of stating the features or an offer in the subhead.

Just like your product, a banner advertisement also has a unique selling proposition. It can be the product image (if it’s about a product), the headline, or your brand mark. You should know about that eye-catching content and place it on the left as according to a study users spend 69% of the viewing time on the left side of the website.

Place the eye-catching content on the left side of your Horizontal Banner Ad.

While the same content is placed on top in case of a vertical banner ad. According to this study, web users spend 80% of their time looking at information above the page fold.

Place the eye-catching content on the top of your Vertical Banner Ad.

Role of images in Banner Advertisements

An image is important to an advert till the time its components add value to the communication.

Don’t add image or imagery components which add no value to the content. Learn to crop the image. When using an image of a person use the body part which adds value to the content. A face (or just teeth) would work better in a toothpaste ad than full body. Learn to use minimalism in images as well.

Role of Typeface in Banner Advertisements

Sometimes, something as simple as fonts can result in messages being interpreted differently than it was intended to.

Fonts have their own psychological characteristics. Use the font which matches the intended message.

Role of Color in Banner Advertisements

Just like fonts, different colours have different psychological characteristics. Red depicts love, affection and energy, while blue depicts calmness, intelligence and purity. Every colour has a role to play in the advertisement. Use them wisely.

Importance of call to action in Banner Advertisements

A call to action, in banner ads, is an appeal to users, inviting their response. Call to action is an important component of a banner ad as it has a psychological effect on the users’ mind and leads to more conversions.

Unlike like headlines, CTA’s are always direct (Read More, Buy Now, etc.) and follows the heading (or the subheads).

Stand out from the background website but don’t overdo it

There’s an increase in the viewers’ trust if the banner ad visually blends into the website. But it shouldn’t be overdone. A banner ad has to stand to be noticeable and clickable.

Did we miss something?  Come on! Tell us what you think of our article on Tips for More Appealing Banner Advertisements in the comment section.