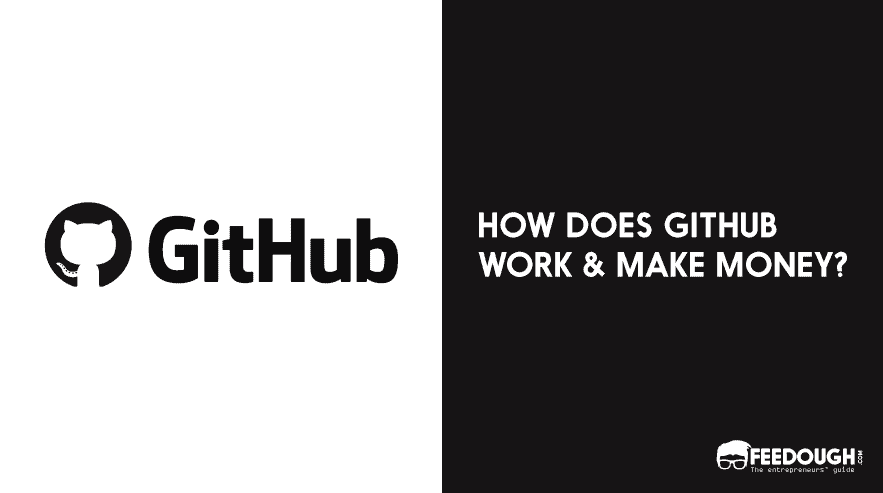 What Is GitHub? | GitHub Business Model

GitHub is the world’s largest software development platform that is used by big-name companies as well as individuals in order to develop and share code. But, before we get to GitHub and its business model, it helps to know about “Git”.

Yes, Git and GitHub are different things and GitHub builds itself upon Git. There would be no GitHub if it weren’t for Git.

Most people know of Linux. For the uninitiated, Linux is an operating system just like Windows and macOS but differs from the latter two by being open-source and free to use. Linux was founded by Linus Torvald and released in 1991 as open-source software.

The Linux kernel (a kernel is a code within the operating system that helps connect the hardware to the software) is developed and maintained by a large group of developers and at first, changes to the Linux kernel were just passed around manually online as patches and archives. This approach was deemed too cumbersome.

So, in 2002, this process was moved onto a proprietary version control software provider (a Version Control System is the category of software tools that help a software team manage changes to source code over time) called BitKeeper which at the time, was free to use. But in 2005, BitKeeper started charging for its services and thus the Linux community was left without a proper VCS (Version Control System). This prompted Torvald to develop their own VCS and thus, Git was born in 2005 as an open-source VCS.

Which brings us to GitHub, specifically – what is GitHub?

GitHub is a company that provides hosting for people looking to use Git as their Version Control System (VCS).

You can use Git locally or on your server that you can share with your team but this brings lots of overheads such as server maintenance and access privileges. GitHub helps provide the core functionalities of Git –

– along with their features added to it on a web-based platform.

GitHub was created by Tom Preston-Werner, Chris Wanstrath, and PJ Hyett and launched in 2008. Chris and Tom had started working based on GitHub in late 2007 when Git was not well-known.

GitHub can be seen as cloud storage for code where you can also easily collaborate, share and discover your code as well as codes from other users too.

When GitHub was launched in 2008, Sourceforge was the default option for many when it came to working on open-source projects. But Sourceforge was full of ads and had a bad UX/UI, to say the least.

Compared to Sourceforge, GitHub had an ad-free and most importantly clean interface with powerful and useful features that a developer can leverage on. Since then GitHub has gone to become the go-to hosting platform for projects using Git.

As of January 2020, GitHub is the largest host of source codes in the world and has over 100 million software repositories (of which 28 million are public repos) and over 40 million users using its platform.

GitHub follows the freemium model where it allows the creation of unlimited – public & private – repositories for free to its users. You need to pay a fee to obtain additional features such as more bandwidth, more storage, better organizational tools, customizations and adding more collaborators to your private repositories.

How does GitHub work and who are its key partners?

How Does GitHub Work?

GitHub provides optimized versions of Git’s features – these are seen as the fork, pull request and merge.

The open-source community is a major component of GitHub and its services. This is further enhanced by the fact that GitHub’s fundamentals are based on the open-source Git. Some of the open-source projects on GitHub not only have thousands of contributors but are also the main dependencies for millions of other repositories.

Individual developers and the IT industry are also the major users of GitHub. Pretty much most big-name players in the IT and tech industry such as Google, Microsoft, Facebook, and Twitter host their projects on GitHub.

GitHub’s approach to providing a version control system platform is quite simple. GitHub allows its users to be able to –

All of this is powered by the underlying Git platform. These are the overlying general features available to all of the users of GitHub.

How does GitHub make money if it allows free accounts itself to create an unlimited number of public and private repositories?

GitHub offers a host of premium subscription plans that allow its users to access further features, customizations and include more collaborators to the repositories and such. Here are the different GitHub plans –

The Enterprise plan is GitHub’s biggest source of revenue –

Over 50% of GitHub’s revenue comes from its Enterprise plan with plans for organizations and individuals tailing behind.

GitHub also provides a standalone service that it calls Marketplace which allows for users to be able to search, purchase and download applications as well as share their applications on the platform.

GitHub takes a 25% cut out of every sale made on the GitHub Marketplace.

The GitHub Shop that sells GitHub merchandise which adds up into its revenue stream.

GitHub has a simple and straightforward business model where it provides hosting services for Git to the masses on a neat web-based service. Pretty much most open-source projects listed on GitHub and top companies like Google, Facebook, Microsoft, and Twitter have projects housed on GitHub – with most of them being open-source and public.

Not only has GitHub made the world shift to a more open-source-centric approach it has also allowed developers to showcase their talents by being able to develop and share code easily. In the end, it can be firmly stated that both Git and GitHub have benefitted from each other’s growth to become the world’s leading software development platform.

Did we miss something? Come on! Tell us what you think about our article on GitHub Business Model in the comments section.

Bharath Sivakumar
Started out to become a Developer but felt at home expressing myself via writing. The journey started from a single novel. Been a writer since schooling days. Interested in coding, reading and movies.
Recent Posts

The whole point of a customer loyalty program is to be able to retain customers that are valuable to your...