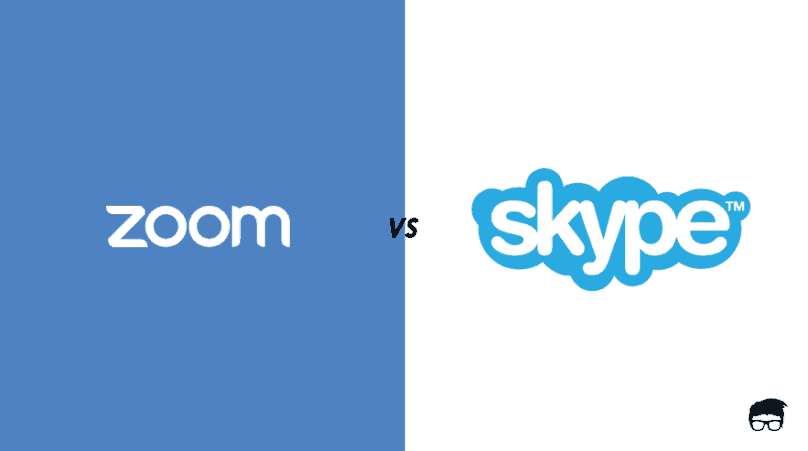 The number of people working remotely has increased by 159% over the past decade. More people are starting to work from home due to the various benefits it innately brings with it. This meant that communication services such as video conferencing have become the most desirable method of connecting with others and doing business.

It is hard to decide when there are dozens of video conferencing services out there. Let us look at the two most popular options for staying in touch – Zoom, and Skype.

Zoom is a cloud-based video conferencing service that was created with enterprises in mind. Zoom has drastically increased in popularity during the COVID-19 pandemic that caused the majority of the global population to quarantine themselves and work from their homes.

Skype is the telecommunications service developed by Microsoft with consumers in mind. It was first created for voice calls and later expanded to video calls and messaging from within the app. Skype recently introduced its ‘Meet Now’ feature which competes with Zoom’s Meeting ID feature. It allows the creation of Skype video meetings and invites Skype and non-Skype users to participate in the video conference without logging in or downloading the Skype software.

While both Zoom and Skype offer a similar set of basic conferencing and web features, it is in the details that each varies a lot – enough to warrant one over the other for different use cases.

Skype, for the most part, is free to use.

You only need to pay to call mobile phones and landlines that are not registered on Skype.

Skype offers the following features to its users for free –

Zoom is available as a standalone app on most major platforms – Windows, Mac, Android, iOS and Linux.

Zoom also offers its video conferencing features via a web-based interface that helps anyone with a browser to be able to join, create, host and share Zoom meetings.

Skype has been around for longer than Zoom. Hence Skype is available on different consumer platforms and operating systems such as – Windows, Mac, iOS, Android, Xbox, and Linux.

The Skype app integrates well with most consumer platforms and also available on a web-based interface similar to Zoom.

Some of the most popular app integrations offered by Zoom –

Since Zoom was initially built for enterprises, you will likely find most of your productivity and communication apps on the marketplace. This makes it much easier to integrate Zoom with your existing apps to boost productivity.

Skype integrates well with other Microsoft products such as – Microsoft Word, Outlook, OneNote, and such.

Zoom was primarily built for enterprises and businesses and features end-to-end encryption on all its services. That is not to say that Zoom is without its fair share of flaws and vulnerabilities.

Zoom’s Meeting ID is a randomly generated string of characters assigned to the created Zoom meeting. This allows anybody to enter a random string of numbers to enter anybody’s ongoing Zoom video calls and conferences. Not only that, but the attackers can also display violent and disturbing content using the screen sharing feature. This act of uninvited attendees breaking into Zoom meetings has even been given the name “Zoombombing”.

Zoom has responded to this by moving their focus on patching the found flaws and introduced ‘Waiting rooms’ which allows the host to be able to see and add new users to Zoom meetings. Zoom has also added different password protocols to increase security.

Skype too employs end-to-end encryption on all of its services. But Skype’s track record isn’t as clean when it comes to maintaining its users’ data and privacy. Skype has a long history of privacy scandals and mishaps.

The most recent being the case of Microsoft outsourcing its Skype and Cortana transcriptions analysis without any solid security measures in place. This is not the first time this has happened and just a few months back, Microsoft was accused of listening to private Skype calls on the premises of improving its service.

As with any app or platform, you should read all the policies and make sure the service has a solid stance on user privacy before you use the service.

It is easy to see that Zoom is well suited for large teams and businesses. Zoom shines when it comes to increasing productivity remotely by offering enterprise-ready tools such as the ability to have breakout rooms, whiteboards and document annotating from within the app. Other features such as analytics and meeting transcriptions offered on its paid plans helping businesses boost productivity while operating from their homes.

Skype is the most user-friendly and better known among the two. The introduction of the ‘Meet Now’ feature has made it even easier for holding video meetings with participants even if they are not on Skype without downloading any software, right from their web browsers. Skype is mostly consumer-oriented and hence the absence of analytics tools and meeting transcriptions, but instead offers live captions, screen sharing, and polls. Skype is at its best when used for daily communication duties and the 50-participant limit makes it more suited for small to medium businesses.

Did we miss something? Come on! Tell us what you think about our article on Zoom vs Skype in the comments section.

Zoom vs Skype | A Comprehensive Comparison