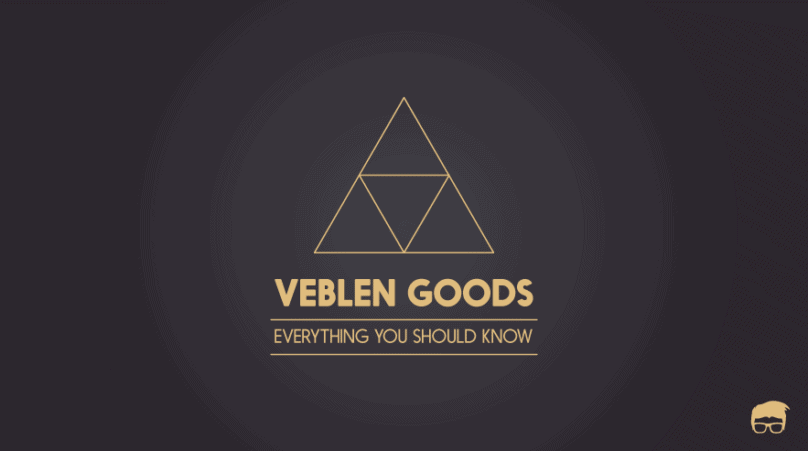 Imagine a product that sells more as its price increases. Makes anyone hearing this want to get into manufacturing such products, right? These goods sound like the perfect product for you as a manufacturer to make it big – the higher the price, the more the profit.

Welcome to the world of Veblen goods.

What Are Veblen Goods?

A Veblen Good is a product or commodity whose demand increases with an increase in its price.

Coined after American economist Thorstein Veblen, these goods are usually considered to be status symbols – a symbol of wealth, affluence and success.

It does not exactly abide by the law of supply and demand. According to the Law of Supply and Demand – an increase in price causes demand to decrease for a product. But Veblen goods follow the law only till a certain price, after which their demand increases as their prices increase. The effect of increased demand even after increased prices is known as the Veblen Effect. In case the same product is sold for a much lower price, it will not have the same demand.

So, what kind of products become Veblen goods?

…usually tend to be categorized as Veblen goods.

TL;DR: They are goods that people buy when they want to show their wealth, status, class or as an indulgence.

The chart depicts the demand-to-preferred price curve for both “Veblen” (OA) and “normal” (OB) goods.

This chart sums up the Veblen Effect nicely. Instead of demand and price being inversely proportional, as it is for “normal goods”, the demand for Veblen goods increases with the increase in its price.

The Case Of Conspicuous Consumption

In the 19th Century, Thorstein Veblen coined the term “Conspicuous Consumption” on the behavior of the richer members of the society to spend on goods and products that tended to increase the prestige, social power and status.

It referred to the mindset of purchasing a good just for its perceived wealth rather than by taking into account the intrinsic, practical utility, services and features it offered. This was found to be also exhibited by those not well-off as it helps hide their actual wealth and make others perceive them as wealthy, helping them psychologically combat the impression of poverty.

In today’s terms, it can be referred to as “consumerism” or “brand consciousness”. It is all about image and perception.

Veblen goods play into the “conspicuous consumption” behaviors of the populace – generally the wealthy or ones with disposable incomes.

Take the example of luxury cars – a Rolls Royce is attractive to a consumer for many reasons but mainly because of its value as a status symbol. The same Rolls Royce would not be as prestigious if it were the same price as a Prius.

Only a few people can afford it due to its astronomically high price. But this makes it enticing for some wealthy individuals creating more demand as its actual price and exclusivity increases.

Another example of a commodity turned into luxury are diamonds. Diamonds for one don’t fall under the regular law of demand and supply. But they were not so at first and instead converted into Veblen goods thanks to brilliant marketing by De Beers, world’s leading diamond company.

The American clothing and skateboarding brand Supreme is one great example of a Veblen brand. It has had unprecedented fame and demand for their “Supreme” branded products. Supreme reached this status by limiting their supply. Instead of ramping up production to meet the demand, it cleverly made sure there was a limited amount of merchandise available at any time – creating exclusivity and driving up the price as well as demand.

Did we miss something? Come on! Tell us what you think about our article on Veblen goods in the comments section.