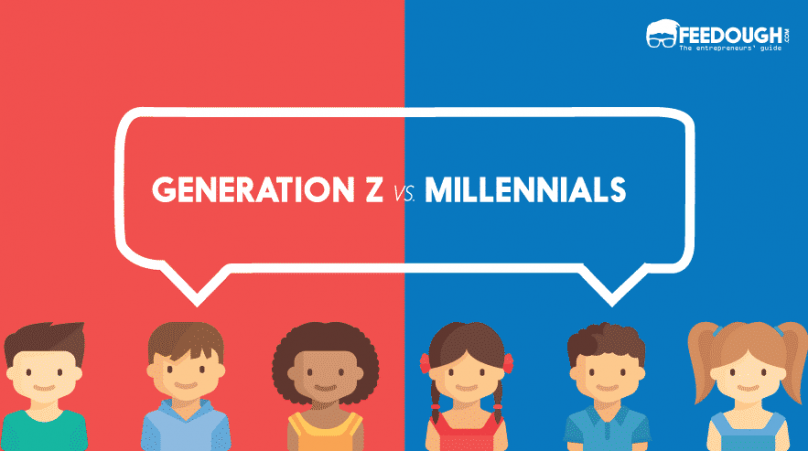 With the diverse populace we find around us we still see different perspectives, perceptions and outlook; but there is an invisible connection that binds everything. Trends, conformance and our habits are influenced by the period in which we were born.

These two generations are very different. One set saw the transformation of space around them and the others were in their prime when revolutionary leaps were taken. So let’s dive into the five ways these generations differ.

Gen Z is the most diverse generation. In the USA there seems to be heterogeneity in the ethnicity among Gen Zers while Millennials were often found in homogenous groups. This diversity could be traced to the Black Freedom movement whose results in the structure of society took shape more in the 90’s and early 2000’s. The inclusion of minorities could be seen in the idolising of stars like Michael Jordan, Paul Gasol, Tim Duncan among others. This has created a positive echo chamber which suggested that inclusion of people of different ethnicity is just another facet of life.

The diversification could also be attributed to globalisation which saw people from emerging economies such as India and China coming to the USA for academic as well as commercial purpose and settling down thereby creating a new layer in the social structure of American society.

Stress may be attributed to the fact that the members of the Generation Z are more exposed to the learning via the usage of internet, so the race to come out on top in curricular and extracurricular activities tend to stress them out. Also, the fickle market poses a challenge for them as they fear that they are much more vulnerable to lose their jobs than their experienced superiors.

Millennials, on the other hand, were just getting exposed to the world of the internet, so the traditional way of learning things was to spend hours in a library to find that elusive resource. This shift could also be seen in public libraries now where the crowd is generally decreasing, or there are some modern technologies like Kindle devices to engage the avid book readers.

Among other things Gen Z also value validation and friendship holds a deeper meaning for them. TV Shows like Friends, How I Met Your Mother reinforced this feeling and created an echo chamber. Adding fuel to the fire is their constant connection to the Internet. They seek constant validation by connecting with cool people and presumably following a fad that is cool, and this has created economic markets. On the hindsight, millennials shift towards finding peace in life and try to find solace in trips or activities that need significant time investment and patience. The activity if showcased could be made viral and this content virality has been in trend since the increased usage of social media by Gen Z.

Gen Z was born in the world where the notion of gender was not restricted to Male and Female. They were exposed to various categories, and unlike sex which they have no control over, gender became something that a person had the freedom to choose. Millennials, on the other hand, were wary of sexual orientation since they have heard stories about great people like Alan Turing (Father of Theoretical Computer Science) getting harassed and killed due to his homosexuality which was considered a crime in the UK. Though this incident is of the 50’s, there was still a lot of taboo around it, and it was not considered to be normal, and up until 2015 even in the USA, there was no protection for couples of the same sex who are married.

Another example could be seen that with the election of President Donald Trump, immigration, racism, and sexism have become prominently part of the national dialogue. Gen Z tends to empathise more with people from various background since for them this was something that pretty standard for them while growing up. They lived in a mixed neighbourhood and went to school and colleges where they met people of different ethnicities. Millennials, on the other hand, knew the history of segregation by colour, especially in the USA. There were continuous effort to integrate people of colour into schools and colleges. A famous movie titled Forrest Gump also depicted this in of its scene.

Women rape survivors have raised their voices, and Gen Z has actively participated in the protests. Conviction of once highly respected celebrities have proved that transparency is the new norm and no one will be spared. A subtle observation is that many of the celebrities who were on the receiving end didn’t find any medium to vent our their anguish and there was no such movement in their era. A plausible reason for explanation is that Millennials were trying to generate such a medium. Millennials were the movement generators, and Generation Z is the movement leaders.

Gen Zers use social media differently. Communication is not the only things that they keep in mind. Presentation of Self(term courtesy: Erving Goffman) controls the content of Gen Zers on social media platforms. Image among friends, possible recruiters are some caveats that Gen Zers take care of, and this also tends to increase creativity as well as stress among them. Millennials, on the other hand, try to do an activity for fulfilment rather than appeasement. The posts seem to be generic, and the information they carry is not layered.

Gen Z is moving away from Facebook and toward platforms like Snapchat that allow more insular and contained levels of communication. Gen Z also maintains a network and interaction with people within that network crosses platform which is known as media multiplexity(anthropological term). They also tend to use polymedia(anthropological term) which means that they choose the media over which they tend to communicate with people. Millennials try to communicate over the platform which is widely used among their generation, and it tends out to be Facebook or Whatsapp. They keep in mind the ease to use and also don’t want an imposing personality that endorses alternative communication platforms.

However, regardless of generation, everyone wants to be safe and free online. Protection from malware, ID theft, and fraud is a general concern, but the main distinction comes down to privacy.

Gen Z as long as they feel secure from the threats they generally favour a personalised experience. They prefer targeted market strategies rather than generic ones subconsciously. Millennials, on the other hand, are found to be more reluctant to give their numbers when asked on the billing counter of consumer shops.

Also, another big part of their social life is authenticity. Gen Z tends to get more attracted to products/ventures that have a personal touch. A sudden rise in the gadget Reviews on YouTube is a perfect example of how Gen Z need to know how the product performs in various condition. Millennials, on the other hand, tend to believe the word of mouth marketing.

Choice of Career and Workspace

Millennials were brought up by parents who believed a continuing education is a way to make your future secure and this is evident from the fact that we have had genius people in every sphere. Gen Z, on the other hand, has tried to take the road less taken and this should be attributed to various factors.

Gen Z has seen the financial hit of 2008 that their parents had to bear. The effect was different for different countries (like for India which is considered to be a feminine economy, due to family savings the financial hit was not supposed to be a total disaster). But the general feeling was of defection from traditional career choice.

Millennials, on the other hand, were present in an era where the average household income was on the rise. There were new developments; be it in the area of education, entertainment or construction. Labour, skilled or unskilled was in high demand, and they were steadily moving towards financial stability.

Gen Z has found ways to make money via YouTube Channels. Skateboarding, parkour, vlogging, blogging have captured the imagination of people, and this has opened up new avenues for economic structures to come out. Entrepreneurship is another one such area which has seen a boom in recent years. Gen Z tends to be more invested in the idea of an entrepreneur which can be attributed to their trait of liking independence as well as the desire for financial success.

Even the workspace has transformed. Ventures have now started planning concerts and special performances to appeal to their younger employee force. Also, the work environment of a venture now promotes creativity, and that could be seen where ventures employ people to visit the field and gather data about the culture of a place so that when they start hiring prospect candidates, the candidates would feel welcomed. Interviews are conducted over Skype, and Gen Z has seen the most number of such interviews.

Millennials were brought up with the idea of a conventional cubicle workspace. Even the communication mostly took place via postal services for interview purpose or via mail after the 2000’s.

Did we miss something?  Come on! Tell us what you think about our article on Gen Z vs Millennials in the comments section. 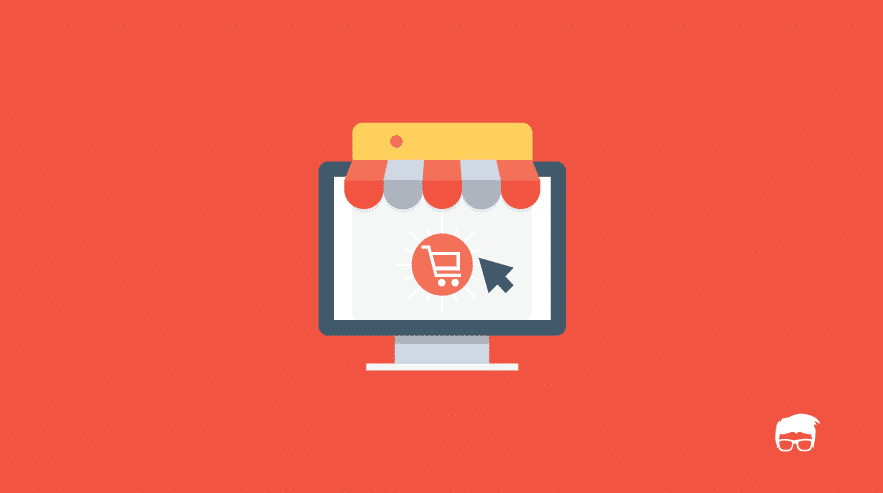 by Kanishk Rana
Social Validation – Decoding The Psychology Behind It 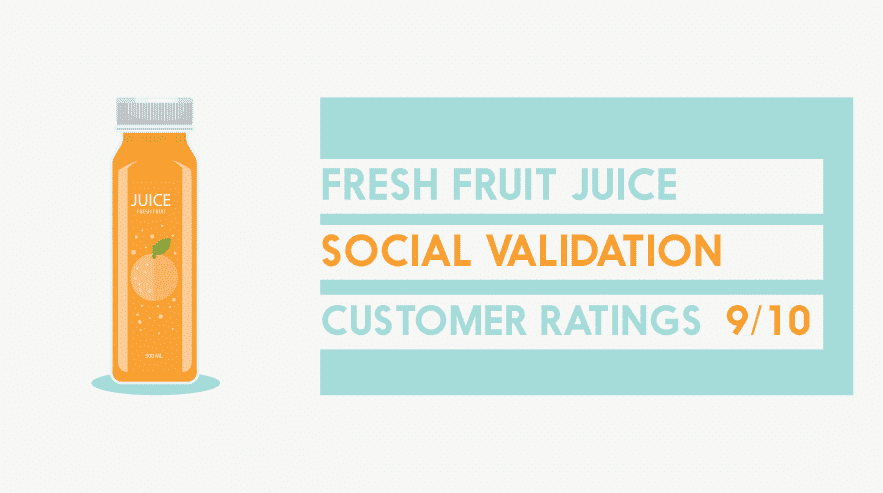