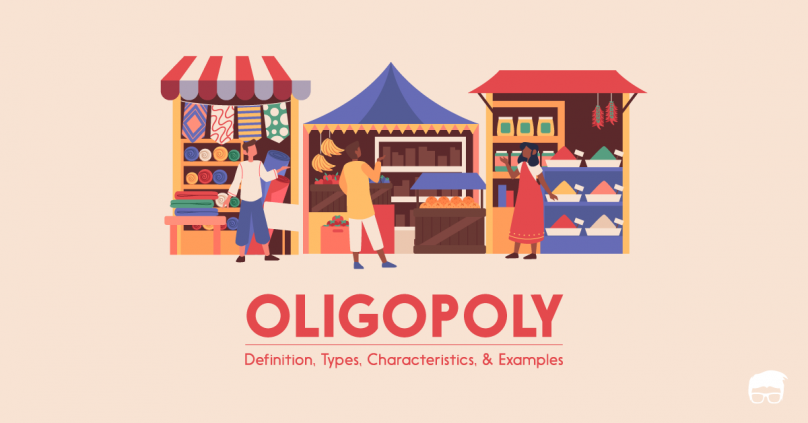 But what exactly is an oligopoly?

What is An Oligopoly?

An oligopoly is a market structure wherein a small number of dominating firms make up an industry. These firms hold major chunks of the overall market share for a commodity.

The Greek word ‘oligos’ means “small, or little” and the prefix polein finds its roots in Greek, meaning “to sell”. Hence, the word oligopoly translates to small number of sellers.

To understand this concept better, let us break it down further –

Characteristics Of An Oligopoly

Below listed are a few examples of oligopolies:

There exist four types of oligopolies in an economy. These are:

A duopoly is a market structure wherein just two firms dominate an industry.

It is regarded to be a form of oligopoly.

In an economy, oligopolies have several advantages. Some of these are as follows:

When viewed from the economy’s point of view, oligopolies have their disadvantages. Some of these disadvantages are listed below: