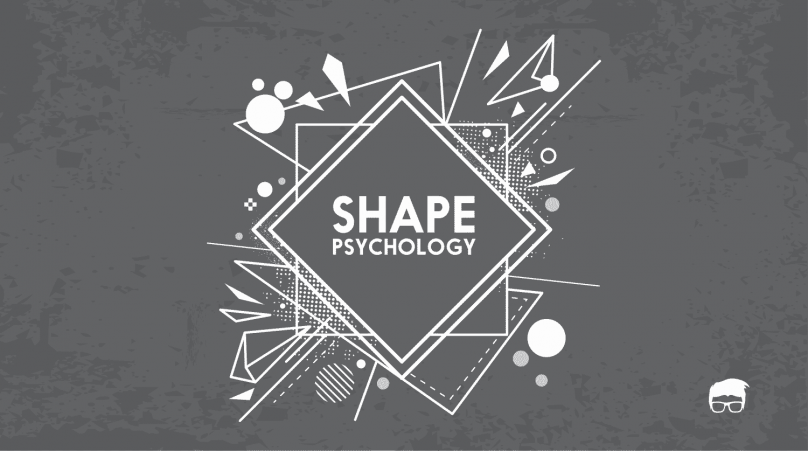 Perception matters. The world is full of geometric shapes and we, as humans, have assigned each one of them a meaning.

Every logo has a meaning assigned to it and it’s better to use the right shape for your logo. But before we discuss the psychology of shapes in logo design and marketing, let us first look deep into the different kinds of shapes.

These shapes are usually

These shapes are not real shapes. They are derived from organic shapes.

Abstract shapes are usually stylized or simplified forms or the combination of the other shapes. For example stick figures for humans or shape ‘V’ for a bird.

A good marketer always uses the psychology of shapes in logo design. He knows the hidden message of the shapes and uses them wisely while designing his logo.

Four-sided structures are everywhere, from buildings to tables to the tiniest sugar cubes, we see four sides everywhere. We even spend most of our time in a four-walled room.

Hence, these smooth and straight lines have formed their meaning in our minds.

Furthermore, the shapes which have Right Angles [Squares & Rectangles] represent

However, these qualities are depicted when these shapes rest on their base. Tilt them a bit and their stability is lost. But there’s an addition of attention capturing property.

Squares and rectangles are so common that they lack attention capturing capabilities. A little tilt might make them capture attention but it results in loss of existing properties of stability, order, and formality.

Other four-sided structures like Trapezium and Rhombus have different meanings than squares and rectangles.

Rhombus depicts speed. (As in the case of DHL’s logo)

Triangle is a leader. It is energetic and focused (because of the angles). Triangles represent action. It also depicts the direction of that action (the side they’re pointing to).

The universe is an enclosed circle. It has no start or an end. Every eternal/spiritual thing or being is associated with the circle. Sun, moon, earth, galaxy, universe, everything is enclosed, everything is a circle. Circles are complete. They are free.

Circles are less common than other shapes. Hence, they act as attention seekers.

Curves are happy shapes. These shapes-

Any shape with curves is considered to be feminine.

Vertical lines block your way. They are dominant and bold. They are also considered to move upward. Hence, they represent

Horizontal lines rest on a platform. They are calm and harmless. They represent

Spirals have a tendency to grow. They are creative, religious, and trustable. Their direction represents two different meanings.

Clockwise spirals start with a spiral and end with an open end. This represents incompleteness and an intention to go somewhere.

Anticlockwise spirals start with an open end and end up in a spiral which shows completeness and fulfilled intentions.

These shapes are more youthful, more aggressive, and are seen as more masculine. These represent

Similarly, shapes with obtuse angles have perfectly opposite characteristics. They are considered

Abstract shapes are simplified and/or stylized versions of organic shapes. These are the simplification of ideas. Abstract shapes give shapes to ideas. Some of the abstract shapes have universal recognition while others require themselves to be explained.

Apple’s bitten logo is an abstract shape. People have come out with varied meanings for the same logo. Still, it has only one meaning – It represents the company which is different from others.

Abstract Shapes are used to stand out, and to differentiate from others.

Sometimes, to express a message, a combination of different shapes can be used. Deciphering this combination can be made possible by applying two different visual psychology theories

Top-Down Processing Theory – We use our past experience or stored knowledge in order to infer about what we see.

Bottom-up Processing Theory – the sensation is perception. What we sense is what we perceive. Prior stored knowledge is not used while perceiving.

X
Psychology of Colours in Marketing and BrandingFeaturedPsychology and marketing are lifelong partners. A psychologist may not be a marketer but a good marketer always involve psychology in his marketing de…

Psychology Of Shapes In Logo Design

by Aashish Pahwa
X
Everything You Need To Know About Facebook Marketplace…FeaturedIt seems like social networking wasn’t enough for Facebook to keep those 1.71 Billion users engaged enough. The company announced in 2016 an extension…