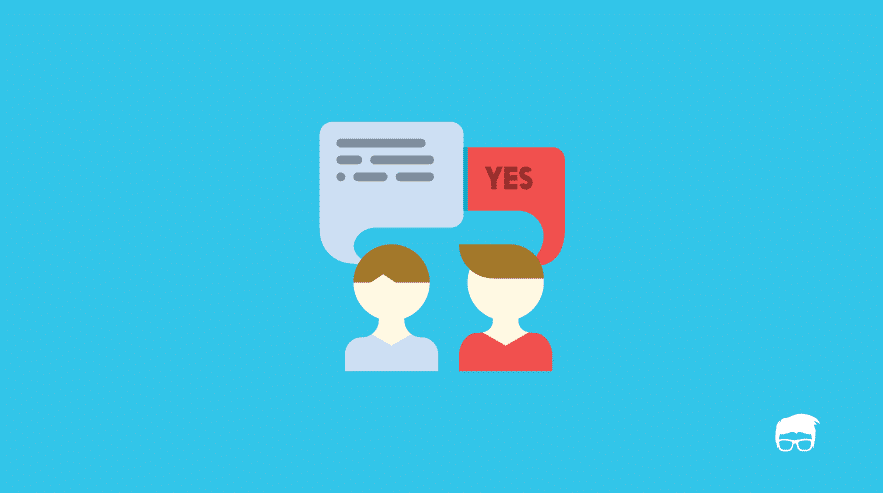 Imagine a scenario where everyone loves what you have to offer.

Alas, getting a ‘yes’ to your sales proposal isn’t that easy; one of the major reason being – your customers hate being sold to. So, is there a way to make them say those three letters without you acting like a typical salesperson?

Psychology has an answer.

When we talk about ‘compliance’, we refer to the ability to get an individual to agree to our terms and conditions and therefore say ‘yes’ to our offer. In general, it simply means conforming to a rule or policy.

An experienced salesperson, for example, earns a living from his confidence in his ability to convince people that they need a product, and very subtly manage to persuade them into purchasing it. According to social psychologist Robert Cialdini, the door-to-door salesmen, advertisers, fundraisers, financial advisors, and businessmen among others, are known as compliance professionals, as they work in fields that require compliance from consumers.

How Is It Important?

It is no secret that by increasing the frequency of compliance, sales are positively affected. Therefore, it is important for you to understand the psychology and the basic principles underlying compliance tactics that can be used in your business to give it a positive boost.

These are the top five techniques, according to Cialdini, that are used extensively by professionals for gaining compliance from their consumers on a daily basis:

The basic principle that we use in ingratiation is that consumers are more likely to comply with requests made by people they are affiliated with or people they like, rather than with requests from strangers. Ingratiation, in itself, refers to the technique of creating a good impression of yourself to the consumer, in order to gain their compliance and accept your proposal. In other words, if the consumers like you enough, they are more likely to say ‘yes’.

There are three kinds of ingratiation techniques that are used to gain compliance:

We are all familiar with flattery as a technique to gain compliance, mainly because this is the most widely used tactic. If you have heard the phrase ‘flattery will get you everywhere’, you now know that it also holds true when it comes to gaining compliance.

Here, the term ‘flattery’ is not to be taken in its literal sense, as even simple gestures like good hospitality shown to the clients during a business proposal can often help you gain compliance from your consumers.

It is very important to make a good impression of yourself and your business to your consumers, and self-promotion is one of the best ways to do so. This often involves subtly including your past accomplishments in conversations with the potential client, using confident body-language, and demonstrating your proficiency in the subject that is in question.

Self-promotion is most often used by artists to promote their new works, and by salespeople while selling a product. For instance, when the Magic Kingdom, a theme park in Walt Disney World, Florida opened in 1971, it was pitched as ‘The Happiest Place on Earth’, and it is one of the most popular theme parks to this day. Similarly, finding your brand and promoting your business in a way that intrigues the consumers, is a great way to gain their compliance.

People are known to be biased towards those they already know, or share similarities with. In this psychological technique, you have to address the similarities between yourself and the consumer, mimic their movements or posture subtly, and find common ground with them. This will help them to instil some faith in you, and you gain compliance from your consumers easily.

Methods used in ingratiation are based on friendship or similarity between yourself and the consumer. This is also one of the reasons why it is important for us to maintain a healthy relationship with our clients. These trivial aspects enhance liking or a feeling of affiliation with us, increasing the tendency of our consumers to comply with our requests.

‘Foot In The Door’ Technique

This is a type of persuasive technique that is used to increase the consumer’s interest in your proposal gradually, and eventually their compliance. Basically, this technique involves inducing your consumers to a small request and eventually moving on to a bigger proposal that they cannot refuse.

The most common example is giving out free samples of food. The customers almost always purchase more, once they have tried the sample. A few more examples of this technique are trial accounts on streaming services such as Netflix, demo versions of video games, sneak-peeks of books or movies, teasers and trailers.

In another example, in the second instalment of Rick Riordan’s ‘The Kane Chronicles’ book trilogy, he included the first chapter to tease the final instalment of the series. The third book, titled ‘The Serpent’s Shadow’ became one of the New York Times best-sellers. This confirms that if the consumer accepts the initial smaller request, he is more likely to comply with the bigger request as well.

The success of this technique largely depends upon the fact that the bigger request made by you is an extension of the smaller request made to the consumer earlier. It also relies on the bond between yourself and the consumer, once the latter accepts the your initial request. The ‘foot in the door’ technique is based on the principles of consistency and commitment, where consistency is the dominant principle.

The ‘lowball’ is a type of persuasive technique where you offer the consumer a very attractive deal, initially. It is important that you make the deal sound extremely advantageous for the consumer. Once some kind of commitment, such as a down-payment, has been made, change the terms of the agreement to one that is less-attractive to your consumer, with the sole intention of obtaining a profit.

For example, Comedy Central India offered its viewers complimentary LOL Club cards that could be used to avail discounts at partnered stores and restaurants all over the country. But the catch here is that these cards cannot be used unless and until extremely lavish services are availed from the partnered outlets. But several people have already claimed their club cards, regardless of whether they use it or not.

Here’s how you can administer the ‘lowball’ properly, in just four steps:

Once the consumers are offered a less attractive deal, it sounds like a rational choice for them to walk away from it, but they usually don’t.

The ‘lowball’ procedure is based on the principles of consistency, commitment, and also pleasure. Our minds sub-consciously associate the initial deal with happiness and joy, which can easily be replaced with a negative feeling if the deal is dropped. Therefore, the consumers accept our proposal, even though the deal has now been changed. They also rely on the initially given commitment, even if it is just a handshake, as a guarantee that the proposal is somehow advantageous, thus accepting the offer.

‘That’s Not All’ Technique

This technique is based on the principle of reciprocity between yourself and the consumer. Here, an initial request made by you is immediately followed by increasingly attractive benefits and incentives for the consumer, thus making them feel obligated to accept this proposal in return for your concessions.

This method is widely used in retail outlets where not only is a very attractive offer, say, a flat 50% off is given, but the customers are also given vouchers or gifts for spending a certain amount of money on their purchase. This encourages the customers to purchase more items than they normally would have bought, in order to reap the maximum benefits from the offer made to them.

Since this method is based on the social response, the consumers respond more positively when you don’t give much time to consider the offer. Increasing the benefits of the offer gradually, even before they can respond is the best way to gain their compliance using the ‘that’s not all’ technique.

The deadline technique is a tactic used for gaining compliance in which the consumers are told that they have only a limited amount of time to avail an attractive offer. This technique is based on the fact that people in general, are more likely to rush to purchase an item if it is only available for a limited amount of time. It is widely used in advertisements, retail outlets, and real-estate. ‘Early-bird’ offers and ‘meal/ drink of the day’ offers also work on the same principle.

When Reliance Industries launched their Jio 4G services in India, in the year 2016, free sim-cards with unlimited calling, SMS and data services were announced as free of cost for the first few months. Within the first month, Jio had acquired 16million subscribers, making it the fastest ramp-up by any mobile network anywhere in the world.

The deadline technique is based on the principle of scarcity. Offers that are scarce or hard to obtain are often viewed as valuable by the consumers, thus making it easier for the provider to gain their compliance. When the illusion of scarcity is created for the consumer, they consider purchasing an item even if they don’t really require it, but for the sake of availing the offer that lasts only for a limited amount of time.

There are many other tactics that you can implement to gain the compliance of your consumers, most of which are based on the discussed principles. You can also combine these tactics to increase their sales. In the case of real-estate, the techniques of ingratiation and deadline are often combined for a better success rate in gaining the compliance of the consumers. Therefore, it is very important to understand the mindset of the consumers and what psychological techniques will work best in your situation.

Did we miss something? Come on! Tell us what you think about our article on How to make customers say yes in the comments section.

Shubhangi Srinivasan
A literature enthusiast, an avid reader, a blogger and an admirer of art. She is very active on her social media, and frequently updates her blogs with new lessons, adventures and opinions. She loves to travel whenever she can and has an eye for all things aesthetic.
Recent Posts

Are you an entrepreneur?

If you are an experienced entrepreneur, you’d probably know that having a brilliant team, building a disruptive business model, and...