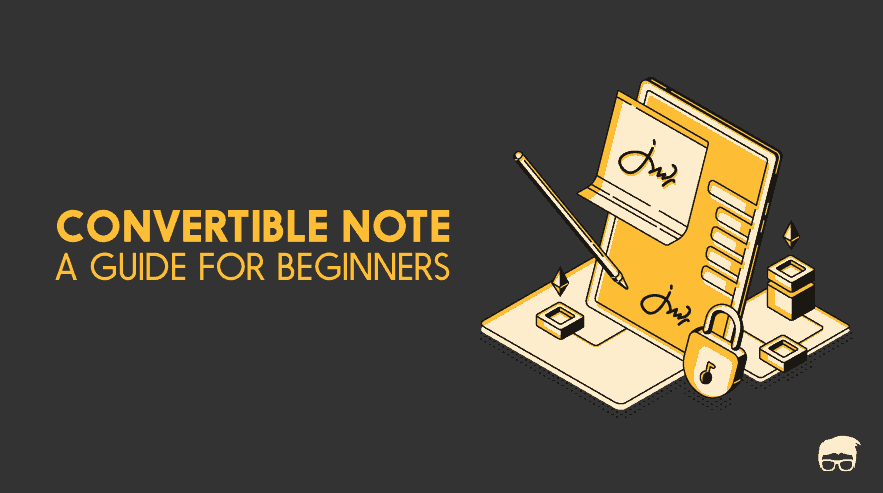 The problem – an early-stage startup’s growth trajectory is hard to predict. The information is limited and the company goes through numerous ups and downs for some years before stabilizing its growth. This makes it difficult to determine the real valuation of the startup, which makes most early-stage investors like angel investors and venture capitalists take a back foot during the early equity funding rounds due to the risks involved.

What Is A Convertible Note?

A convertible note is short-term debt-cum-investment tool used to invest in early-stage startups that the investor can choose to convert into common shares at a later time or an event when it is easier to determine the company’s valuation.

Now, to understand this definition of convertible notes better, let’s break it into four parts –

There’s more to just the simple explanation of convertible notes. Just like other loans, this loan has a fixed term (usually between 1-2 years) and accrues interest.

However, unlike other loans, this loan comes with a reward for the risk undertaken. At the end of the term, it’s up to investors if they want to get the principal back with interest or the loan to be converted into equity. All of these depend on the terms set at the time of signing the loan agreement –

Both valuation cap and discount are offered to compensate for the additional risk an early-stage investor incurs while investing without knowing the future valuation of the company. They form the spine of the bond and differentiate this loan from others.

Let’s explain this with a few convertible note examples –

Convertible Note With A Valuation Cap But No Discount

Let’s assume that a startup XYZ raised its seed funding of $50,000 from an Angel investor, Mr A, by issuing a convertible note with a $5M valuation cap and no discount.

Convertible Note With A Discount But No Valuation Cap

Let’s assume that a startup XYZ raised its seed funding of $60,000 from an Angel investor, Mr B, by issuing a convertible note with a 40% discount to the Series A round.

Next year, the startup went on to raise its Series A investment at a pre-money valuation of $10M at a price of $10 per share.

Convertible Note With Both Valuation Cap And A Discount

Let’s assume that a startup XYZ raised its seed funding of $50,000 from an Angel investor, Mr C, by issuing a convertible note with a $5M valuation cap and 40% discount to the Series A round.

If at the series A funding round, the company is valued at $10M at a price of $10 per share, the 40% discount will convert Mr C’s investment at $6 per share.

The valuation cap, however, would result in $5 per share [5M/10M*10] and would be the actual price at which Mr C’s investment would convert into equity.

Pros and Cons Of Convertible Notes

Just like other investment vehicles, convertible notes also have certain pros and cons which attract some investors and entrepreneurs while repelling a few.

Did we miss something? Come on! Tell us what you think about our article on convertible note in the comments section.

When it comes to choosing a business structure, most single ... Read more