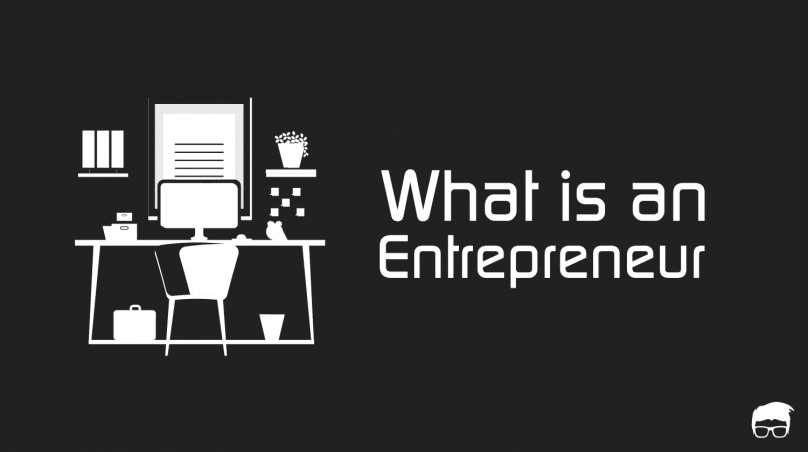 You might have heard everyone around you talking about entrepreneurship and starting their own businesses. You might have yourself considered opening one.

Entrepreneurship is the “cool” thing to pursue in this age. Yet so many people are confused over what or who an entrepreneur is.

What does it really take to become one?

Is it just a businessman? Or is it a conceptualist or an “ideator”?

Can one become an entrepreneur without innovation?

Are some people born entrepreneurs or can someone be developed to become one?

Can someone call himself an entrepreneur if he does not own a company but is a leader and innovator in his own space?

The opinions are so divided and the questions so varied that we decided we had to do something about it. It was time to put an end to all this confusion and crisply explain what entrepreneur means and how to differentiate it from self-employed and other similar entities.

Who Is An Entrepreneur?

An entrepreneur is an innovative initiator who takes the responsibility to translate ideas into commercially viable innovation, entities, or businesses, taking on greater than normal financial risks in order to do so.

This definition of entrepreneur stands on five pillar key phrases. These are –

But contrary to the common belief, one doesn’t have to be associated with a startup to be an entrepreneur. There are entrepreneurs, known as intrapreneurs, within companies who help the company develop new offerings, plans, models, etc. There are infopreneurs who are innovative initiators of information-based offerings who find opportunities and build a venture by bridging knowledge deficiency among the target audience.

No matter who they are or what they’re associated with, these entrepreneurs possess some identical yet distinct characteristics.

Here are some of these entrepreneur characteristics –

Entrepreneurship is a mindset found in small businesses, big companies, startups, social entities, and web-entities alike. Here are the five types of entrepreneurs that exist today –

These are usual business owners who innovate and take more than normal risks. Often times, these entrepreneurs don’t disrupt the entire industry, but they do make a name for themselves and their businesses.

That being said, they are definitely different from usual business owners considering their innovative mindset and risk-taking attitude.

A businessman is an individual who runs a business, undertaking an unoriginal idea which might not involve more than normal risks.

Entrepreneurs, on the other hand, ideate and work on innovative concepts which involve more than normal business and financial risks.

A startup is a business structure powered by disruptive innovation, high scalability, and extreme uncertainty.

Entrepreneurs behind startups are true disruptors that often change the traditional industries. These entrepreneurs are highly innovative but often bear a very high financial risk as they’re accountable to investors for millions of dollars invested.

Also called intrapreneurs, these entrepreneurs actually perform the job of an entrepreneur within a company.

An intrapreneur is an employee with entrepreneurship skills who is given the responsibility and authority to use those skills to develop a new product without incurring the risks associated with it.

That is, if the product fails, the company will take care of it.

Intrapreneurs are half entrepreneurs – they do innovate and develop new offerings, businesses, initiatives, etc. but they get salaries in return, and they don’t bear all the risks of failures.

Social entrepreneurs are individuals who innovate and develop an offering, entity, or business to help solve a social problem.

They are driven by a social objective and are not money-minded.

Infopreneurs are entrepreneurs who solve the problem with the information they have rather than developing a product or service.

Most people know them as bloggers, vloggers, journalists, etc. But not all bloggers and vloggers are infopreneurs. An infopreneur is someone who innovates and starts a new information-focused venture, taking more than normal business and financial risks.

Did we miss something?  Come on! Tell us what you think about our article on what is an entrepreneur? in the comments section.

Who is an Entrepreneur? - Characteristics & Types