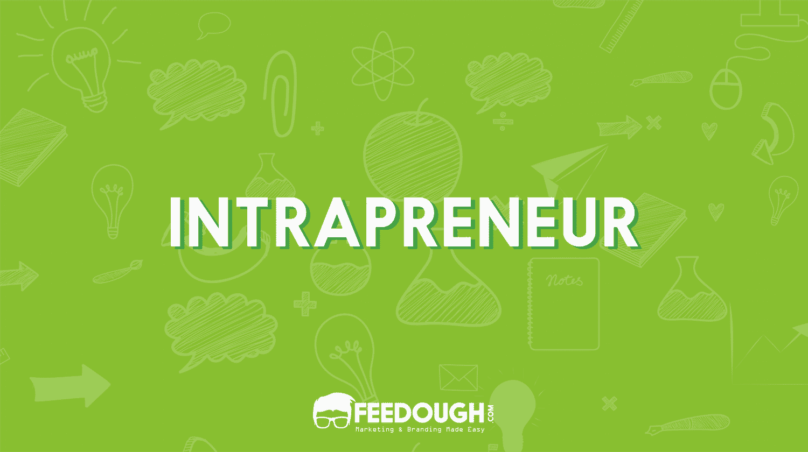 The idea of entrepreneurship is enticing, everyone likes to be their own boss. But not everyone can afford and live the restless and risky life of an entrepreneur. An entrepreneur has to live two lives; with the life of his startup overpowering his own.

One of the biggest risk entrepreneurs face is losing everything they’ve invested in the startup. This repels many brilliant minds from taking entrepreneurship as a career and has led to the creation of a new concept called intrapreneurship.

Intrapreneurship is enabling the employees with the entrepreneurial skills to come up with original ideas for the betterment of the organisation and providing the resources for the same.

Contents show
1 What Is An Intrapreneur?
2 Entrepreneur vs Intrapreneur
2.1 Independence
2.2 Risks
2.3 Funds
2.4 Relationship With The Business
3 Who Is An Intrapreneur?
3.1 Is the Leader
3.2 Is an Innovator
3.3 Has a Vision
3.4 Is an Optimist
4 Why Intrapreneurship Is Beneficial (and Essential)
4.1 Recognition of Potential
4.2 Enforces Equity Theory
4.3 Organisational Benefits
5 Some Inspiring Examples Of Intrapreneurship
5.1 Shutterstock
5.2 Sony
5.3 Google

What Is An Intrapreneur?

An intrapreneur (also referred to as inside entrepreneur) is an employee with certain entrepreneurial skills within an organisation who is given the responsibility and authority to develop a new product without incurring the risks associated with it.

An intrapreneur is what we get when we deduct entrepreneurial risks from the life of an entrepreneur.

That is, you get your salary even if your product fails.

The ways in which entrepreneurs and intrapreneurs work are similar yet differentiable. An entrepreneur has full liberty over his decisions which he uses to envision and create the company and its products from scratch. While an intrapreneur experience less liberty but a broader vision in decision making as he is entitled to create a new product for a brand that already exists and can also capitalise on its existing brand equity and positioning.

The following points may clear the difference between an entrepreneur and an intrapreneur:

An entrepreneur is independent to take any decision for his company. He may or may not consult anyone before taking any decision. However, an intrapreneur usually reports to the owner and other top official and is usually dependent on them.

An entrepreneur is always at a risk to lose everything he has invested in the company whereas the risks of new products developed by intrapreneurs are usually borne by the company.

An entrepreneur has to struggle with fund generation and there are cases when the startup fail because entrepreneur could not generate enough funds for its survival.

Funding is not much of a problem in intrapreneurship. They get the fund if the company feels it’s necessary.

Relationship With The Business

Who Is An Intrapreneur?

Even though Intrapreneurs and entrepreneurs differ in what and how they do it, they do possess many similar characteristics. Just like an entrepreneur, an intrapreneur:

An intrapreneur carries the burden of the new product on his shoulder while guiding and leading his team in the pursuit of success. He identifies and nurtures the talent in a way that the business and the team fulfills their objectives simultaneously.

Innovation is an integral part of the life of an intrapreneur. An intrapreneur always looks for innovation, not only at the time of new product development, but also in marketing, promoting, and other business strategies required to make the product succeed in the market.

An intrapreneur has a clear vision of his objectives and goals. He knows what is to be done at what time and he doesn’t wander around thinking of and performing unnecessary tasks.

Optimism is required when you are leading a team and working with the development of a product, the success of which isn’t guaranteed. Intrapreneurs are optimists who not only motivate their team but also use this optimism to learn from their mistakes.

Why Intrapreneurship Is Beneficial (and Essential)

The big organisations today are not only challenged by the existing players but also by the new players in the market. Around 3 new startups launch every second and while many of them fail, many of the successful ones end up taking the market share of the existing players. This has made innovation and intrapreneurship a big necessity in the big organisations. Intrapreneurship has the following advantages:

Many brilliant entrepreneurial minds choose 9-5 jobs because of the risk involved in entrepreneurship. Intrapreneurship programmes recognise and make the use of their skills to the fullest.

Equity theory is based on an idea that the employees feel motivated if an organisation uses fair methods to recognise and reward their efforts. This not only makes them content but also motivates them to give their fullest to the organisation. Intrapreneurship not only recognises entrepreneurial candidates but also rewards them monetarily and non-monetarily.

The organisation gets to make use of entrepreneurial spirit in the development of new products, programmes, strategies.

Some Inspiring Examples Of Intrapreneurship

Shutterstock in known to run an annual hack-a-thon where it gives its employees an opportunity to think like entrepreneurs for 24 hours and come up with ideas for the betterment of the company.

The PlayStation as we know it is the brainchild of an intrapreneur in Sony. Ken Kutaragi, an employee of Sony, wanted to make a better version of the Nintendo console and came up with the idea of the PlayStation which was recognised and rewarded by the CEO of the company.

Gmail was developed by one of the intrapreneurs in Google, Paul Buchheit, who worked on this project for 4 years till its launch on April 1, 2004.

Did we miss something?  Come on! Tell us what you think about our article on intrapreneurship in the comments section.