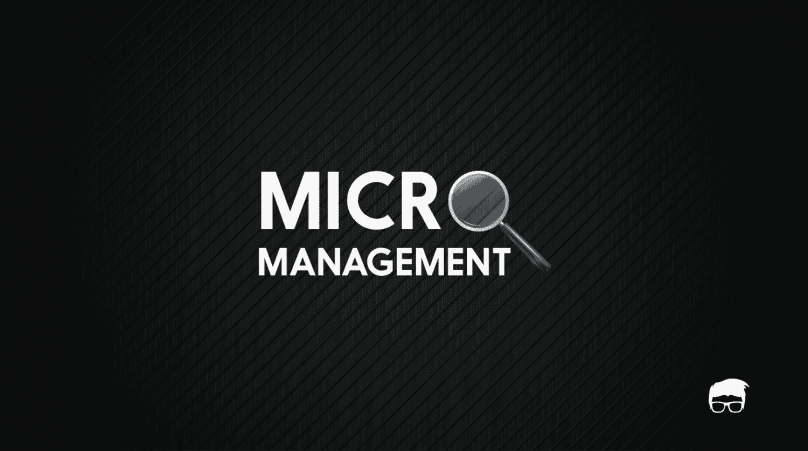 Directing the efforts of the team towards a definite purpose or a goal involves the use of many managerial styles and strategies. These styles involve setting up a vision, mentoring, directing or setting high goals by being an expert.

One such managerial style is the micromanagement style where the manager micromanages every aspect of his subordinates’ work.

Micromanagement is a management style characterized by excessive control and attention to details to the works of subordinates or employees. It is a state where the manager closely observes and controls everything a subordinate or an employee does in the organization.

Usually, micromanagement is said to be a characteristic of a directive manager and considered to have a negative connotation. Nevertheless, it is one of the most common management style found in organizations all over the world.

Who Is A Micromanager?

A micromanager is someone who lacks trust and micromanages every activity of his subordinate/employee. He is an autocratic manager who:

Checking that the subordinates and employees are doing the right thing and making sure that the work is getting done is an important task of every manager. But paying attention to even irrelevant details and making sure the work is getting done every time and at every place is one of the signs of micromanagement. The other signs of micromanagement are:

Applying the same level of scrutiny, intensity and forcing the subordinates to follow do-as-I-say approach harms the productivity and demotivates the employees. In fact, micromanagement is one of the key reasons why employee resigns from the organization. There are many negative effects of micromanagement:

Asking employees to take his permission for everything

It’s important for the manager to know what’s going on in the organization but asking the employees to take his permission before every step is a sign of micromanagement.

Micromanagers pay too much attention to detail and give very less autonomy to the subordinates. They want the work to be done in a way they would have done it.

Micromanagers make themselves the beginning, centre, and end of every interaction. They want every work to be overseen by them which, most of the times, hamper the productivity of the team as they have to wait for hours to get the manager’s approval.

How To Avoid Micromanagement?

Even though it is hard for many but there are ways to avoid micromanaging. These include:

Industries Where Micromanagement Is Suited

Micromanagement is advantageous in some short-term situations like crisis and emergencies, and also in many industries like mining, manufacturing plants, military, etc. where close supervision is important for the well-being of the organization and the employees.

by Aashish Pahwa
X
Customer Relationship Management: The Ultimate Guide To CRM…Marketing EssentialsThanks to the ever-increasing competition, wooing customers is now a fact of marketer's life. They make sure that they acquire new customers effective…