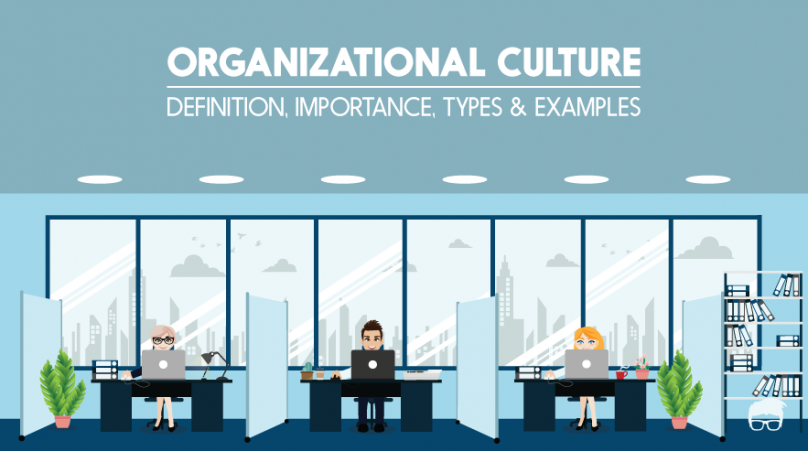 The employees in an organisation make up its most valuable asset and there exists a set of beliefs, assumptions and habits that these employees establish and adapt over time with experience. This shared system of ideas and behaviours helps create a culture within the organisation and is often referred to as organisational culture.

What Is Organisational Culture?

Organisational culture is a powerful system of shared norms and attitudes that works as a homogenising factor for an organisation’s employees and gets appropriated by them.

In simple terms, organisational culture is a system of shared assumptions, values, beliefs, and norms that govern how an organisation’s employees behave in the organisation.

This culture says a lot about an organisation’s practices and the activities it entertains. It has its basis in the unwritten and written rules of a company.  Over time, employees connect with each other and start to identify themselves with this system while also driving the culture forward and making necessary changes as and when required. And thus, existing culture can determine if an organisation is worth working for and therefore, the right culture attracts new employees.

Why Is Organisational Culture Important?

Over recent times, competitive organisations have given a good deal of importance to the maintenance of a healthy culture, for it enables:

There are a few inherent elements of organisational culture.

Culture in an organisation depends on the working model that a company opts to have. According to the Quinn and Cameron framework model, designed and developed at the University of Michigan, there exist four parameters which break organisational culture into four distinct types.

An organisation, at a given time, may demonstrate traits from any of the four types of culture, depending on its strategy and challenges. It is never fixed and varies with time as well as department types, in the organisation.

Organisational cultures are never developed overnight. It requires efforts from the employees as individuals and as a team to help create a culture.  Also, cultures keep evolving as the company meets new challenges but have their basis in the written and the unwritten rules of the company, often set by the founder. What becomes important is to keep a check on the culture the company has adopted by continually analysing its good and bad effects. A weak or bad organisational culture tends to make an organisation seem disingenuous.

Did we miss something? Come on! Tell us what you think about our article on organisational culture in the comments section.

A marketer wishing to understand the ways of the world. I like to promise myself to places I’ve not been and things left unseen.