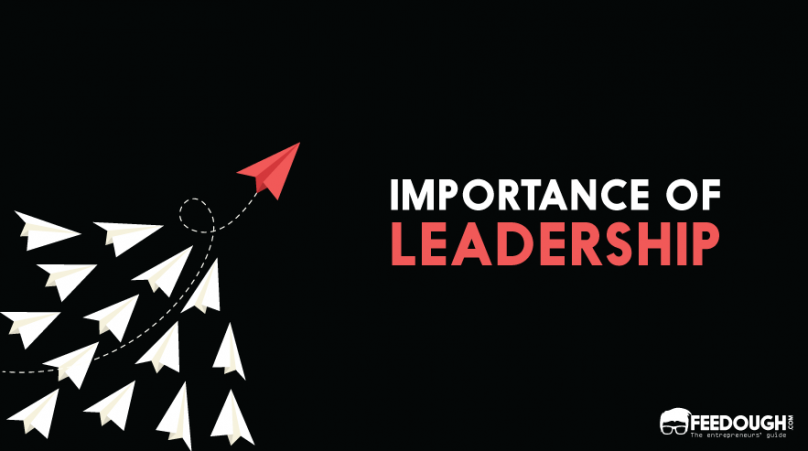 If you Google the meaning of leadership in business you can get about 658,000,000 results, with each definition as unique as an individual leader.

It’s a difficult concept to define, perhaps because it means so different things to different people.

So, what is the need of leadership; a leader’s “reason for being” day in and day out?

Some think that the purpose of leadership is to deliver results through others, while some believe the leader’s purpose as developing more leaders. Other’s see the leader’s primary responsibility is to make the vision come to fruition.

Leadership is not a position or a title; it is action and example. It’s a process of influencing others to work towards the attainment of specif goals. A leader manages the organisation and leads the team to achieve goals, act decisively and beat its competitors while instilling the performance spirit within the organisation.

The Importance Of Leadership

The importance of leadership cannot be underestimated in business. It is essential to make employees dream what the organisation dreams to achieve and to make them work together to attain the common goal. Leadership is also an important function of management which helps to maximize efficiency and to achieve organizational goals.

Here are some more reasons explaining why leadership is important for every business:

Helps in Influencing the Behaviour of People

Leaders play an important role in influencing the behaviour of individuals in the workplace. It is the responsibility of leaders to set a direction for team members. Good leaders always try to get good results through their followers. They tap the knowledge and skills of a group, point individuals towards a common goal and draw out a commitment to achieve results.

The best leaders are those who can successfully influence up, down and across the organization impacting business results by driving behaviour change.

The subordinates follow rules and regulations with commitment and loyalty as their leaders usually have confidence in them. Leaders promote teamwork, change their attitude towards work, and develop good human relations, facilitate interaction amongst members and maintain discipline in the organisation.

Group effort and teamwork are essential for realizing organisational goals, and leadership becomes vital for this.

Leaders motivate employees to take up jobs they are otherwise not willing to perform. They combine people’s ability with the willingness and drive them to action. They exploit their potential to work and convert their desire into performance. Through the exercise of leadership, leaders can influence any group of human work accomplishment.

Leadership pulls up the group to a higher level of performance through its work on talent management.

Great leaders always encourage team building activities to make the team stronger and more unified, and make sure all employees are working well together.

No individual can work alone. Leaders develop team spirit amongst the followers to work collectively and coordinate their goals with the organisational goals. A leader acts as a captain of the team. He creates forces of synergy and multiplies individual output into collective output.

A leader can be a morale booster by achieving full co-operation so that they perform with the best of their abilities as they work to achieve goals.

“I invite everyone to choose forgiveness rather than division, teamwork over personal ambition.”  -Jean-Francois Cope

Leadership provides the basis for co-operation in several ways. Good two-way communication, one-to-one personal relationships and help, use of participation and creation of opportunity for need satisfaction are used to increase the understanding between the leader and the subordinates.

This increases understanding obtained through the interactions of individual personalities promotes favourable feelings and attitudes among them and enhances the workplace culture.

“No leader, however strong, can succeed at anything of national importance or significance unless he has the support and cooperation of the people he is tasked to lead and sworn to serve.”  -Rodrigo Duterte

“Love and work are to people, what water and sunshine are to plants.” -Jonathan Haidt

Leaders create confidence among team members and make them realise their capabilities. They guide, counsel and coach them whenever necessary.

Examples Of Business Failure Due To Ineffective Leadership

This may be an extreme example of leadership gone corrupt, but it did happen and is likely to happen again in other companies today as well.

Enron is one of the biggest failures in the world of business history in the US. The top leaders and senior executives at Enron were paid very high salaries even when the company was going down. They enjoyed large bonuses and huge expense accounts. At the same time, the leaders were engaged in every opportunity to make more money by engaging in special entities and fake partnerships.  As a result of it, a number of Enron executives were found guilty for a variety of charges and are now seeing for long prison sentences.

The takeaway here is that they got away with it for years, and corrupt leadership caused financial ruin for hundreds of people.

Merrill Lynch had a bad leader, an inept ego-driven bully that thought he could force bad decisions to yield good results. Stan O’Neal was that guy and his incredible cost-cutting tactics earned him plenty of enemies.

He cost the firm some 28 billion dollars and the loss of 35,000 good-paying jobs. Stan O’Neal and his tenure at Merrill Lynch is a stain that cannot be erased and his presence permeated the upper of echelons of the firm.

The firm crashed and burned because the chairman wanted to hit a home run by engaging in high-risk yield trading.

It is what happens when you have a bad leader and he goes unchecked.

There was a time when Blackberry was the ultimate status symbol and nobody could fathom having another type of a smartphone.

But Blackberry had a history of nepotism which lead to poor leadership. The company also promoted people from within based on tenure rather than on skills and potential to actually lead.

This poor strategy of not infusing the organisation with new people with fresh ideas and not motivating the existing employees to do the same brought the company at a standstill. Apple and other smartphone companies brought new products to which Blackberry was too slow to adapt.

Figuring out and strategizing leadership is something that should start in a business plan when a business is just beginning to stretch its limbs. Failure to plan and not having SOP in place triggers for poor leadership, but it’s just so easy to skip over these steps in the early stages.

Business owners too often think they can get around to these kinds of details later, but later never seems to come. Perhaps if more startups focused on streamlining management protocol, foundations would be sturdier.

Did we miss something? Come on! Tell us what you think about our article on the importance of leadership in the comments section.

An engineer by profession and a part-time entrepreneur. Love to play with kids, dance, watch movies and write.

The Importance Of Leadership In Business