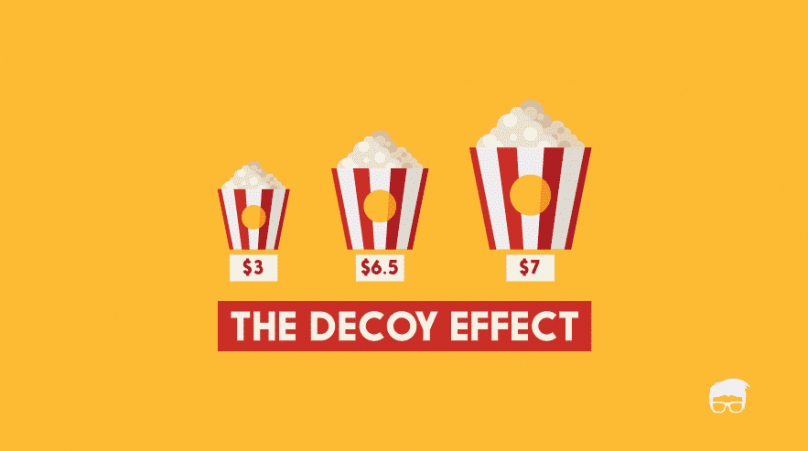 $5 per month – access to just business models articles on Feedough

$10 per month – access to all articles plus team Feedough provides you with the consultancy service.

Which one will you choose?

If you chose the $10 plan then we’ve succeeded in employing the decoy effect to alter your decision-making process. Fret not, it’s not just us. This bias is employed in various fields such as finance, purchasing and even politics.

Read on to find out more.

What is the Decoy Effect?

Decoy effect is a phenomenon in which a given setup of two options, a third asymmetric choice is provided to tip the balance in favour of a specific entity.

In simple terms, when given two choices, a person would make a particular decision based on his/her personal preference but when given a strategic decoy option, he is very likely to change his original decision.

Let’s look at an experiment conducted by National Geographic to understand this better.

Given a multiplex, people were segregated in two groups.

The first group was given only two choices in popcorn; a small bucket of popcorn for $3 or a large one for $7.

The second group was given three choices; a small bucket for $3, a medium bucket (the decoy) for $6.5 and a large one for $7.

Companies rampantly use decoy effect to boost their sales. Let’s look at the following three cases where the decoy effect has been employed.

Decoy Effect In Pricing The Products 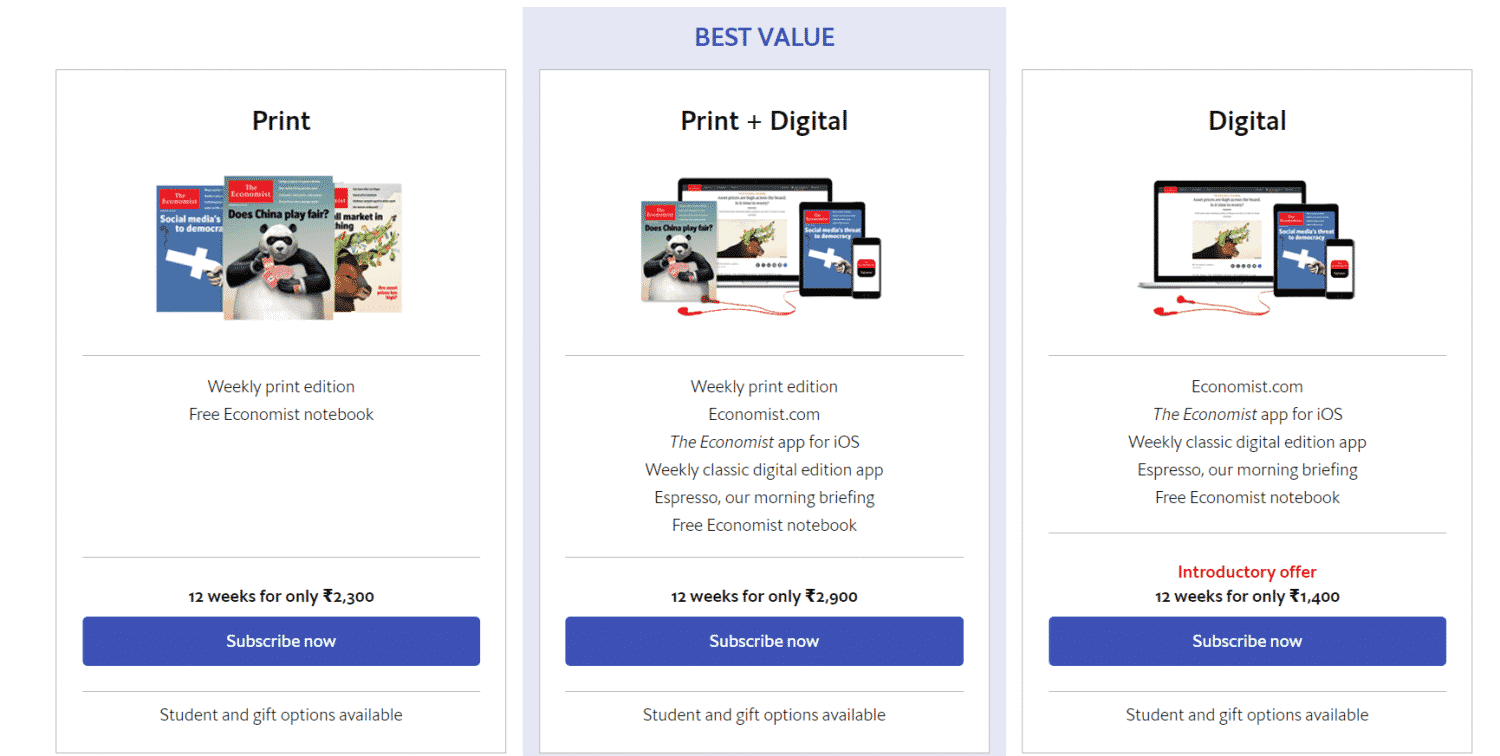 If you were to see only the two plans above you would make a reasonable choice according to your needs, and in this digital age people would likely prefer the digital option which is cheaper, but it does not boost the sales of the venture.

Decoy Effect In The Stock Market

Decoy effect could also be used to influence the decision in financial markets. An extensive study based on gender, IQ and other parameters were carried out by Brittany Paris of the University of New Hampshire. In the study, the main focus was on how investors could be influenced to choose one aspect of a stock over another in different scenarios.

The first group was only given two choices with

The second group of investors were given three stock choices with the following features.

The third group was given the following choices.

In the case of the first group, investors chose according to their personal preferences.

How Do You Use The Decoy Effect?

The decoy effect is subtle, yet present everywhere.

It affects your consumption habits, and with careful observation, you could use decoy effect to grow your business as well be careful when making important financial decisions.

Did we miss something?  Come on! Tell us what you think about our article on the decoy effect in the comments section.