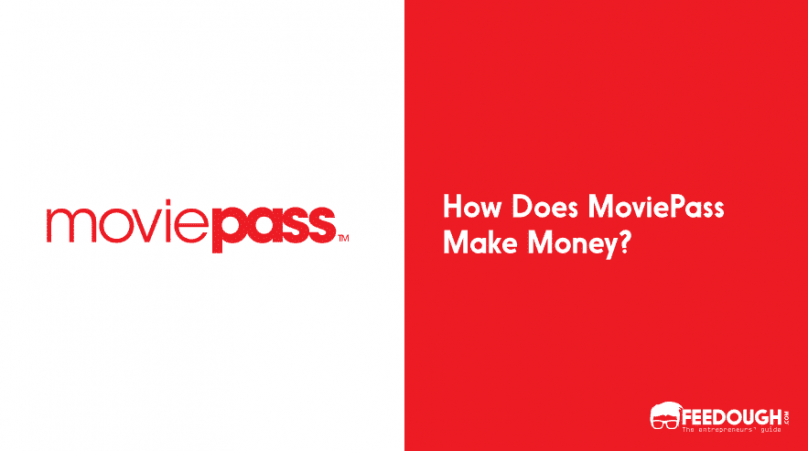 After Netflix, the biggest disruption the entertainment industry has witnessed is a theatrical subscription service brought to the users by MoviePass. The company took the US movie market by storm and was able to get more than 3 million subscribers in the last 2 years. However, according to many critics, the business model of MoviePass is still very volatile and it is still not clear to many (including AMC) how Moviepass works and makes money.

Here’s an article to explain this volatile business model of MoviePass, what all services does it provide, who it has partnered with to provide such services, how it actually makes money, and how it has been able to succeed till now.

MoviePass is a film subscription service that lets you watch 3 movies a month in over 30,000 movie theatres in the USA at a monthly subscription price starting at $9.95.

This subscription-based movie ticketing service was founded in 2011 by Stacey Spikes and Hamet Watt and is backed by renowned investors like True Ventures, AOL Ventures, Lambert Media, Moxie Pictures, and Helios and Matheson which owns a majority of the stake of the company.

How Does MoviePass Work?

Moviepass’s operating model is similar to a gym-subscription model where you pay a monthly fee and get access to watch 3 movies at any partner theatre. But if you don’t watch all 3 movies in that month, the credit won’t be carried forward to the next month.

Moviepass has been around for a while at experimental price points ranging from $6.95 to $50 before it came up with the current business model. As of February 2019, Moviepass provides 3 subscription packages (Select, All Access, & Red Carpet) starting from $9.95 and varying according to the area of operation and the package chosen.

To make such partnerships with movie theatres possible, Moviepass partnered with Mastercard. This resulted in every theatre accepting Mastercard becoming a member of the Moviepass’s theatre network.

An average movie ticket costs $8.95 and the same may easily cost twice this amount in major metropolitan cities. Since MoviePass offers 3 such tickets for $10, you must be curious about who pays for it, how MoviePass actually makes money, what exactly is its business model, and is it even sustainable?

Read ahead for all the answers –

Moviepass was launched in 2011 with a motive of earning money just like any other gym with a subscription option. The company built its business model around the concept of ‘breakage’ and tried to capitalise on the fact that 88 per cent of its subscribers (would) use the service only one or fewer times per month.

However, this didn’t work in favour of the company and the company had to alter its business model 11 times before ending up with the data monetization model as it is today (which is a bit similar to Twitter Business Model).

2011 – The beta was launched in the San Francisco area, promising unlimited movie vouchers for $50 a month. This was a voucher-based model where the members used to print vouchers and redeemed them for movie tickets at participating movie theatres. The strategy failed because the company didn’t pitch to many partners before launching the beta.  (AMC, the biggest American movie theatre chain, didn’t accept MoviePass vouchers). To tackle this problem of less partners, the company partnered with Hollywood Movie Monkey which already had an established partnership with 36,000 cinemas including AMC. This made it easy for movie buffs to get their MoviePass vouchers exchanged for tickets.

2012- MoviePass shifted to a card-based system and location-based pricing. It retired the voucher-based ticketing system and introduced MoviePass cards (in partnership with MasterCard) which automatically got filled with the exact amount needed to buy the ticket. The prices were also revised and set in the range of $24.99 to $39.99 according to the place the member lived.

2016 – 2016 saw a major change in the executive committee of the company as former Redbox executive and Netflix co-founder Mitch Lowe joined in as the CEO. This also resulted in a lot of front-end testing of plans by the company which ended up in the creation of two different plans – unlimited movies for $40, $45 or $50 (depending on location) and two films a month for $15, $18 or $21 (depending on location)

2017 – This year was a turning point for the startup. A majority of the company’ stake was sold to Helios and Matheson (a renowned big data solutions company). It retired all its location-based pricing strategies and launched the simplest pricing strategy of one-movie-a-day for $10. This resulted in a substantial increase in the subscribers despite the criticism and difficulties caused by AMC.

2018 – The $10 strategy continued till mid-2018 but was soon replaced by a four-movies-a-month for $9.95 subscription plan which also came with a three-month trial of iHeartRadio. This strategy was again replaced by the unlimited plan which was further altered by adding a condition that the subscriber can’t see the same movie twice. The company also introduced surge pricing for popular movies which attracted an extra charge of $2 – $6 depending on the movie and time. It was followed by blocking weekend showtimes for certain movies. These two strategies resulted in a lot of criticism and were soon retired as in some cases, booking on MoviePass resulted to be costlier than buying tickets from the box office.

Full price movie tickets at the Picture Show are $6.75 — but @MoviePass is adding an $8 surcharge to use their pass???? pic.twitter.com/MVsSy24QWx

Ever since the majority of MoviePass’s stake was sold to Helios and Matheson, the company focused on getting more subscribers on board. The breakage model was retired and the new data monetization model was brought into existence. Now the company sustains itself by selling behavioural data of its users to third parties.

How Does Moviepass Make Money?

Unlike as most of the users and critics think, MoviePass now has a well-defined business plan. The company has plans to make money out of the user data.

Which user data, you ask?

The startup collects the behavioural data of the movies its users watch and when they watch them, and shares it with partners (movie studios and marketing firms) to help them in targeted marketing for their films.

“If you get a trailer right now for Spiderman on Facebook, Facebook can’t tell if you ever actually go to the movie. We can,” he told Wired. “We can tell if you look at ‘Spider-Man’ and look at ‘Wonder Woman’ and ‘Mission: Impossible,’ we can tell you exactly what movie you went to out of all three trailers.” – Ted Farnsworth, Helios and Matheson CEO

According to the company’s privacy policy, the data shared with the third parties is behavioural data and does not contain any personally identifiable information.

Well, the company chose an industry no one chose to collect data from. It is transparent about its data monetization strategies, and it provides its users with a service one-third of its actual cost.

Is it disruptive? Yes. Is it sustainable? Probably.

According to The Atlantic, Hollywood has started using more and more of big data to understand what the user wants, when he wants it and how he wants it to be marketed to him. So if MoviePass continues to get more users on board, its business model can actually result to be the biggest disruptor of the entertainment industry and can set a benchmark for all other business models which will be built around this premise.

Helios and Matheson has also recently acquired Moviefone (an American-based movie listing and information service) to strengthen MoviePass’s user base and building out its content-marketing strategy and advertising revenue platform.

Nevertheless, the current model of MoviePass has some limitations on the front end. There is still no family or couples plan and everything is targeted to an individual user. In order to sustain, the company must launch such plans as movies are a group experience.

Did we miss something?  Come on! Tell us what you think about our article on How Does MoviePass Work & Make Money? MoviePass Business Model in the comments section.