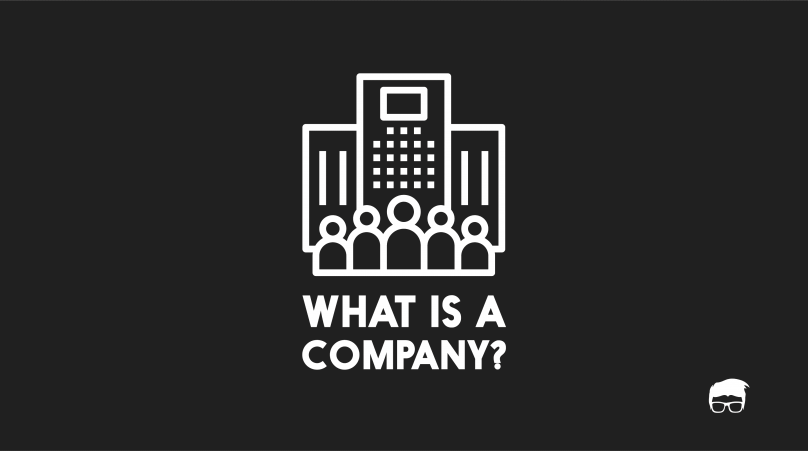 A company has different definitions based on the country it is situated in.

A company is a body corporate or an incorporated business organization registered under the companies act. It can be a limited or an unlimited company, private or a public company, company limited by guarantee or a company having a share capital, or a community interest company.

According to the law in the USA:

A company can be a “corporation, partnership, association, joint-stock company, trust, fund, or organized group of persons, whether incorporated or not, and (in an official capacity) any receiver, trustee in bankruptcy, or similar official, or liquidating agent, for any of the foregoing”

The Companies Act 2013 of India defines a company as-

A registered association which is an artificial legal person, having an independent legal, entity with a perpetual succession, a common seal for its signatures, a common capital comprised of transferable shares and carrying limited liability.

A more precise, global and modern definition of a company could be:

A business entity which acts as an artificial legal person, formed by a legal person or a group of legal persons to engage in or carry on a business or industrial enterprise.

Few points that should be noted in this definition:

Features & Characteristics Of A Company

A company can be classified into various types depending upon the following requirements:

Classification of Companies by Mode of Incorporation

These companies are formed under a special charter by the monarch or by a special order of a king or a queen. Few examples of royal chartered companies are BBC, East India Company, Bank Of England, etc.

Classification of Companies based on the liability of the members

The registered companies can be classified into the following categories based on the liabilities of members:

These companies have a defined share capital and the liability of each member is limited by the memorandum to the extent of the face value of shares subscribed by him.

These companies may or may not have a share capital and the liability of each member is limited by the memorandum to the extent of the sum of money s/he had promised to pay in the event of liquidation of the company for payments of debts and liabilities of the company.

There is no formal restriction to the amount of money that the shareholder/member of the company has to pay in the event of the liquidation of an unlimited company.

Classification of Companies based on The Number of Members

A private company cannot be owned by the public; it restricts the number of members, the right to transfer its shares and prohibits any invitation to the public to subscribe for any shares or debentures of the company.

(In India) A private company is a separate legal entity with a suitable company name, an address, at least 2 members and at most 200 members, and at least two directors with one being an Indian resident.

A one-person company is an Indian private limited company which has only one founder/promoter. The founder should be a natural person who is a country resident. There is also a threshold of paid-up capital (₹ 50 lakh) and average turnover (₹ 2 crores in 3 immediate preceding financial years) for a one-person

What Is A Company? Meaning, Features, & Types Of Companies