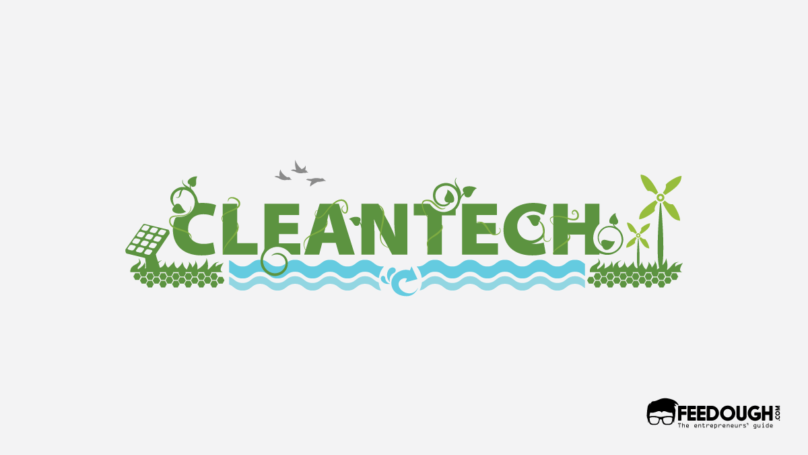 The world is changing at a faster pace than we ever thought. As the population and global carbon footprint continue to rise, the need for clean energy and technologies is increasing everyday.

Cleantech, clean energy, and sustainable energy is becoming significant solution on a global scale. And the more we embrace them, the sooner we will reach a point where humanity can live in a healthy, sustainable, and safe way.

It is an emerging field of business in which innovation and sustainability are driving forces, as opposed to short-term financial gains.

Cleantech, short for clean technology, refers to the use of sustainable technologies, energy sources, materials, and processes to design and build products that aim to minimise or eliminate the negative environmental impact of human activities.

It includes using technology to not only make products and services more environmentally friendly but also to make them more efficient, thus reducing the overall impact on the environment.

This can be done through a variety of means such as using renewable energy sources, developing new green materials, or improving manufacturing processes.

While often considered synonymous with ‘green technology’ or ‘environmental technology’, cleantech encompasses a much broader range of technologies and innovations.

Cleantech can be applied to any industry or sector, from agriculture to transportation, and from construction to waste management. It is a broad term encompassing many technologies such as solar, wind, nuclear, water, electric cars, biofuels, fuel cells, microgrids, etc.

As the world population continues to grow, so does the demand for energy and resources. This increase in demand is putting a strain on our planet’s finite resources and causing serious environmental challenges such as climate change, water shortages, air pollution, and loss of biodiversity.

Besides this, here are some of the main challenges that cleantech aims to address:

These are just a few examples of cleantech. There are many other technologies and applications that fall under the cleantech umbrella.

The world is facing a critical shortage of energy and natural resources – with a demand far exceeding the supply. Clean technology offers a solution to this challenge.

The future of cleantech seems promising because clean energies are considered one of the most important forms of energy that will be used in the near future.

Some of the companies and startups that are making this a reality are:

Arrival, founded in 2015, seeks to create a system of transportation that will help make urban environments sustainable and meet lower emissions targets.

They also manufacture electric vehicles that cost the same as or less than petrol and diesel equivalents, making them a viable part of the climate change solution.

Once it is demonstrable and commercialised, the company will roll it out, moving towards energy efficiency and a sustainable future.

It uses a physical distribution of network and digital highways, which allows utility businesses to bring energy generation to more remote and widespread areas.

Energy use is on the rise globally and is projected to increase further as a consequence of increasing urbanisation, economic growth, and population pressures. Although there is great potential for cleaner energy sources, it may be challenging to implement such technologies without government support.

However, the private sector has responded by creating innovative ways to generate clean power and reduce harmful emissions.

In the near future, the clean technology sector will continue to grow. Many countries have already initiated steps to reduce reliance on fossil fuels and invest in the development of green energy.

Did we miss something? Come on! Tell us what you think about our article on Clean Technology in the comments section.

A lawyer dealing with corporate laws, a voracious reader and a keen writer. Satyaroop has a broad experience in the legal and startup industries and has worked with more than 15 companies, startups and legal publications on research-oriented projects. In his spare time, he enjoys reading fiction, biking and playing video games.

What Is Cleantech?- Challenges, Use Cases and Examples