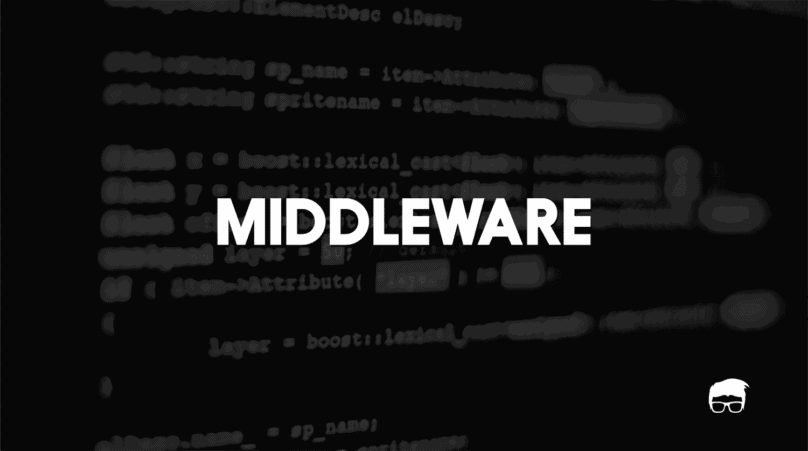 It is important that different software programs work together to get the final results when different businesses or startups use these programs to fulfil their needs. This is where middleware has its importance. It attained demand in the 1980s as an answer on how to link the latest applications to older systems.

“Middleware is sometimes called plumbing because it connects two sides of an application and passes data between them.”

The systems consisting of information are composed of a group of different hardware devices connected to each other by a network. With involvement from other devices, each device performs functions that involve the transfer of real-time data. These interactions span over a wide range of performances.

Middleware is thus used successfully to link various applications. For example, it can help a shipping company by messaging its customers, linking its payment and shipping systems with its customer-focused applications.

Types and Examples of Middleware

Understanding middleware could be difficult at times. It is possible to understand them by looking at particular types that weren’t created for the cloud, but by which many cloud services currently integrate. The types and examples include:

Message Oriented Middleware (MOM) is a software/hardware infrastructure that supports the receiving and sending of messages over distributed applications. The spreading of applications over various platforms and the creation of software applications comprising many operating systems and network protocols are made less complicated. It is one of the most widely used types of middleware.

In distributed computing, an Object middleware also called an object request broker controls the communication between objects. It can let program calls to be made from one computer to another via a computer network as well as send objects and requests via an object-oriented system.

Remote Procedure Call (RPC) is a protocol, without having particulars of network details, used by a program to call a service from another program located on another computer. It is used to execute synchronous as well as asynchronous data transfers between applications or systems.

Transactional Middleware means the tech that reinforces the working of electronic transactions in a branched background. The best example is Transaction Processing Monitors (TPM), which have been in the market for more than 30 years.

Robotics middleware is the middleware used in building extensive robot control software systems. It is described as ‘software glue’ because it makes it easier for builders to focus on the particular problem areas.

Integration application operations, execution, monitoring and runtime services for communications are offered by the software systems denoted by Integration Middleware. It also acts as a tool for data/process integration.

Device middleware is a toolset used for creating applications for a specific hardware environment.

Game engines are tools accessed by designers to create a game easily by utilizing tools such as graphics rendering, physics simulations, and game scripting. The tools are used to aid in asset creation and placement.

Portal refers to enterprise portal servers which are considered as middleware because they make front-end integration smooth. Creating interactions between a user’s device and back-end systems or services is one of the main objectives of portals.

Embedded middleware is used for integration and communication services with an interface of software/firmware. It usually acts as a contact between embedded applications and the real-time operating system.

Content-Centric middleware lets developers extract particular content without having to know how it is obtained. It is usually executed through an easy provide/consume abstraction. This middleware is relatable to publish/subscribe middleware, a type of same software that is often utilized as a part of web-based applications.

What Is Middleware & How Does It Work?