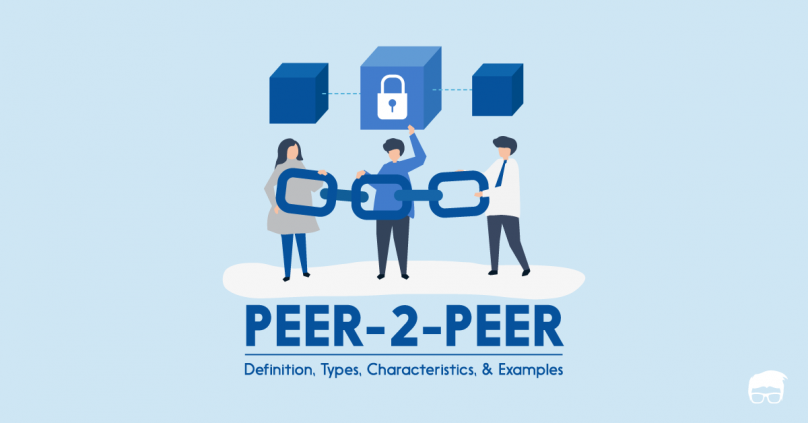 The IT world witnesses two significant types of network architectures: the client server-network and the peer-to-peer network. The internet revolves around the client-server network where a single central computer acts as a server, stores all data, and handles all the interaction with the internet users. But this model has raised many eyebrows as, usually, a third-party handles and stores data. Moreover, unethical practices are not possible in this network architecture as the server can be legally closed at any time.

What Is Peer-To-Peer Network?

Peer-to-peer or P2P is an IT network architecture where two or more computer systems connect to share resources without intermediation by a third party.

This system is further adapted into the P2P service and P2P business model.

The peer-to-peer system, on the other hand, goes away with this requirement of an intermediary and connects the participating parties directly. For example, for person A to send an email to person B, the P2P platform will connect A’s system to the B’s system and let A send the message directly. The only requirement here is that both the systems are online at the same time.

For file sharing, the user uses the platform to locate computers that have the file he is looking for. These computers are called peers or nodes, and they upload the file on demand. Here’s how this works –

Peer-to-peer network was brought into commercial use by Napster that let users discover and download music files from a network of peers who were also running Napster. This resulted in the development of a community that shared music files without anyone having to buy music.

Today, torrents play a major role in running the P2P economy. BitTorrent and utorrent are two most famous torrent clients that aid file sharing (legal and illegal) among connected systems. In fact, according to Chron, torrent traffic makes up 20 percent to 40 percent of all Internet use.

Besides file sharing, P2P architecture is also seen in –

Characteristics Of Peer To Peer Network

Peer-to-peer networks have specific characteristics that make it stand out. These are:

Just like every IT infrastructure, the peer-to-peer model comes with its own advantages and disadvantages.