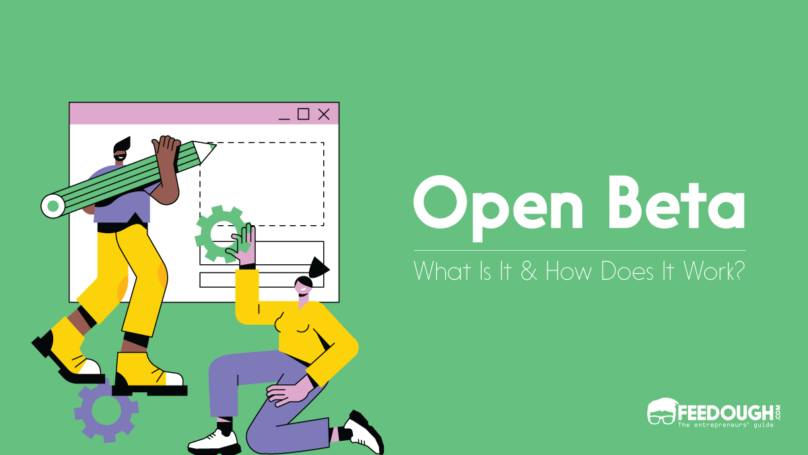 A product witnesses several stages of development before it is finally released for public use. From the alpha stage to the closed beta and then to an open beta, a product goes through various rounds of testing before it is made available for everyone. While the first two early releases, i.e. MVP and closed beta, aim to gauge the market response and identify glitches, open beta is the final testing stage before the product’s commercial release.

But being open to all doesn’t mean that the product is ready to be used by anyone and everyone. In the open beta, a product is open for public testing, but it is still in development. There’s a lot that goes on during this phase.

Here’s a guide elaborating on the open beta, how it works, and how it is different from closed beta, along with examples of open beta in various industries.

What Is Open Beta?

Open beta, also referred to as public beta, is a beta testing phase wherein a software product or application contains complete or nearly complete features, has a fully developed user interface, is ready for revenues, and is launched for secure testing by users outside of the company that developed it.

Open beta is generally open to all users who wish to test the product. It usually happens after the developers have fixed all major bugs identified during the closed beta stage. This stage is used to identify any final issues that need to be addressed before the product goes live.

The main objective of open beta testing is to test the product for the mass audience before making it open for public use. It is used to ensure that the product is ready for launch and can be easily accessed by users.

Generally, a product isn’t considered “done” until it’s been battle-tested by the masses. That’s why the open beta is such an important step in the product development lifecycle. It allows developers to see how their product performs under real-world conditions with a large number of users.

This feedback is essential for making any final tweaks or changes to the product before it launches.

The open beta phase is important for several reasons:

This beta phase also helps product developers validate the product design and development process and assess whether users are actually willing to pay for the product.

But there’s more to it than that. Let’s take a closer look at the key differences between open and closed beta testing:

Industries That Use Open Beta Testing

Several products that you might use every day started out as open betas. Some of them are:

Did we miss something? Come on! Tell us what you think about our article on what is open beta in the comments section.

What Is Open Beta? - A Detailed Guide