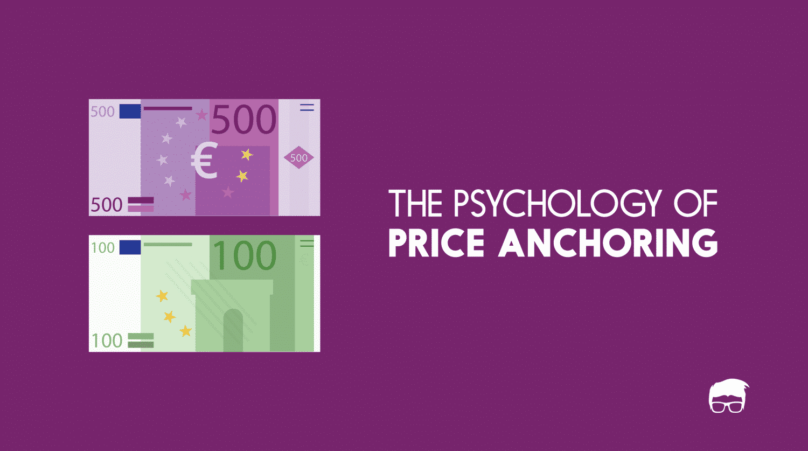 Apple aficionados will remember with a mixture of fondness and awe the day Steve Jobs introduced the iPad. After touting the revolutionary features at length, he came to the price. According to the pundits, he said, Apple should price the iPad at $999 – and a giant $999 appeared on the screen behind him. Moments later, the $999 was flattened by the actual price that came crashing down – $499. The customers were delighted – as was Apple! They had just pulled off one of the oldest, yet most successful pricing strategies – price anchoring.

Contents show
1 What Is The Anchoring Bias?
2 How Does Price Anchoring Work?
2.1 What’s The Catch?
2.2 Bottom Line?

What Is The Anchoring Bias?

The anchoring bias is a cognitive bias well-known in pricing, negotiation and other contexts. It describes the tendency to rely heavily on the first piece of information offered in an interaction. This initial information, or anchor, establishes a frame of reference and decision makers base their decisions around that anchor.

The anchoring effect is widely recognised – so you might expect experts to be immune to it.

In an often-cited study, researchers Greg Northcraft and Margaret Neale asked real estate agents to inspect a house and estimate its appraisal value and purchase price. Northcraft and Neale manipulated the house’s list price, providing high and low anchors. All of the agents ended up presenting estimates influenced by the list price – even though they denied factoring the list price into their decision.

A similar study was conducted by Thomas Mussweiler with German mechanics who were asked to estimate the value of a used car. Their answers were significantly lower when given a low anchor, and higher when given a high anchor.

How Does Price Anchoring Work?

The essential idea behind this is that customers perceive pricing relatively. An item is perceived as cheap or expensive in comparison to the initial price point or to another item whose price they knew about first.

In the case of the iPad, the initial price flashed was $999, which registered itself in the minds of the customers. Then, when the price was revealed to be $499, customers felt like they had saved $500. In fact, none of the customers knew how much the iPad was actually worth – it was the initially high price anchor that made them feel like the iPad was a steal. Had the initial price flashed been, say, $399, customers would have felt like they were losing out, even though the final price offered, either way, would have been $499. This is why companies often present their products with two prices – a recommended retail price that has been crossed out, and a lower sale price next to it. Customers feel like they have scored a bargain.

For companies that have multiple product offerings, price anchoring can work in two ways.

At times, the anchor may not be in your control to set. This is particularly true in the case of virtual offerings such as newsletters, ebooks, software and video/audio. Given that most of these can be downloaded for free, the anchor price is set at zero, which means that most customers may not be willing to pay for your offerings. In other cases, customers may be aware that your products are available more cheaply on Amazon or other online retailers, and hence hesitate to buy from you.

However, this doesn’t mean that you’re out of the game! A couple of tips can help you tilt customer preference in your favour:

Price anchoring is a powerful weapon in the marketer’s arsenal and like all powerful weapons, it needs to be deployed with skill and thought. By carefully selecting the price anchor to incite customers towards the product and price point you want, you’ll have in place a great strategy to generate revenue, time and again.

Did we miss something?  Come on! Tell us what you think of this article on price anchoring in the comments section.

What Is Price Anchoring & How It Works?