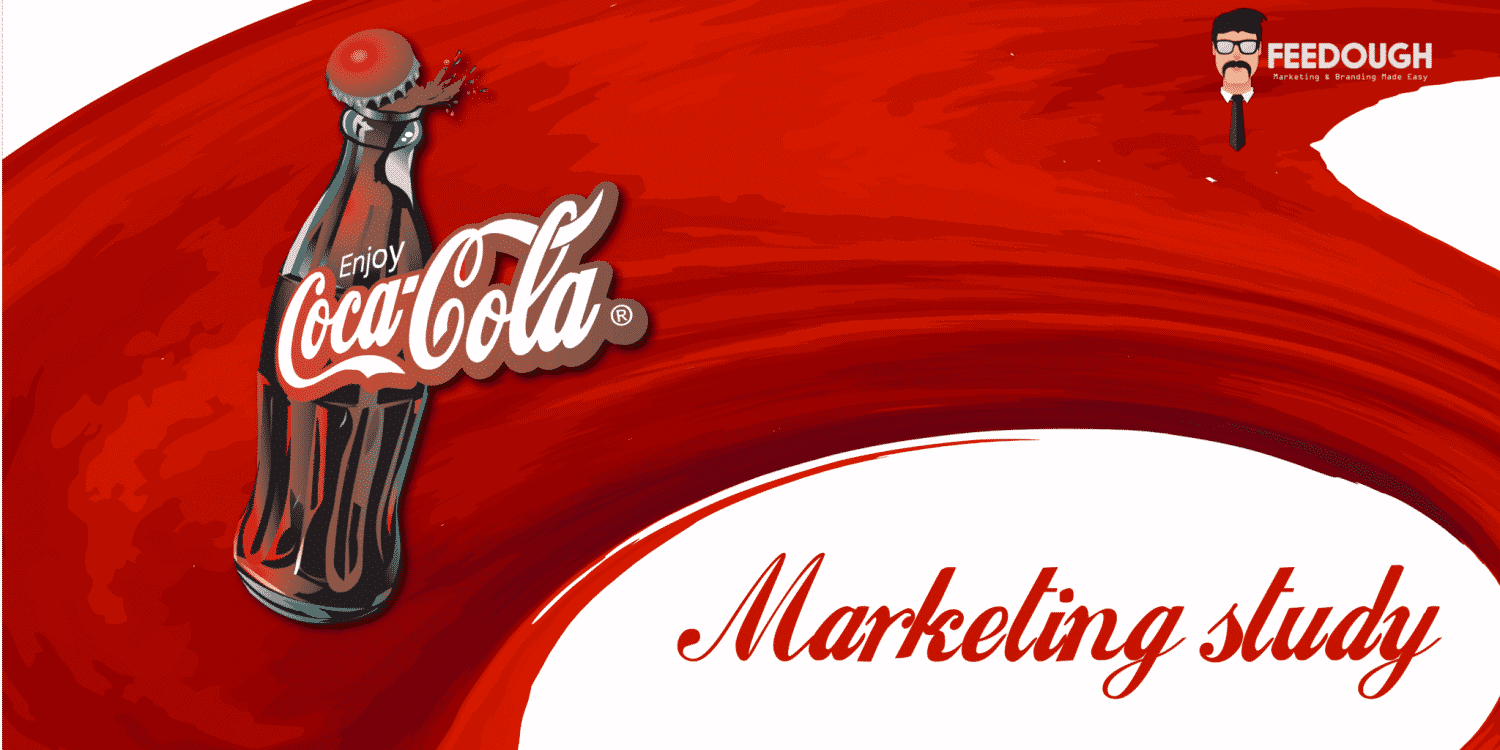 From the star ‘Coca-Cola’ drink to Inca Kola in North and South America, Vita in Africa, and Thumbs up in India, The Coca-Cola Company owns a product portfolio of more than 3500 products. With the presence in more than 200 countries and the daily average servings to 1.9 billion people, Coca-Cola Company has been listed as the world’s most valuable brand with 94% of the world’s population recognizing the red and white Coca-Cola brand Logo. Moreover, 3.1% of all beverages consumed around the world are Coca-Cola products. All this because of its great marketing strategy which we’ll discuss in this article on Coca-Cola Marketing Strategy.

The world knows and has tasted the coca cola products. In fact, out of the 55 billion servings of all kinds of beverages drunk each day (other than water), 1.7 billion are Coca-Cola trademarked/licensed drinks.

Market Research In The Beginning

It all started 130 years ago, in 1886, when a Confederate colonel in the Civil War, John Pemberton, wanted to create his own version of coca wine (cola with alcohol and cocaine) and sent his nephew Lewis Newman to conduct a market research with the samples to a local pharmacy (Jacobs pharmacy). This wasn’t a new idea back then. The original idea of Coca wines was discovered by a Parisian chemist named Angelo Mariani.

Pemberton’s sample was sold for 5 cents a glass and the feedback of the customers was relayed to him by his nephew. Hence, by the end of the year, Pemberton was ready with a unique recipe that was tailored to the customers taste.

Marketing Strategy In The Beginning

Pemberton soon had to make it non-alcoholic because of the laws prevailing in Atlanta. Once the product was launched, it was marketed by Pemberton as a “Brain Tonic” and “temperance drink” (anti-alcohol), claiming that it cured headaches, anxiety, depression, indigestion, and addiction. Cocaine was removed from Coke in 1903.

The name and the original (current) Trademark logo was the idea of Pemberton’s accountant Frank Robinson, who designed the logo in his own writing. Not changing the logo till date is the best strategy adopted by Coca-cola.

Soon after the formula was sold to Asa G Candler (in 1889), who converted it into a soda drink, the real marketing began.

Candler was a marketer. He distributed thousands of complimentary coca-cola glass coupons, along with souvenir calendars, clocks, etc. all depicting the trademark and made sure that the coca cola trademark was visible everywhere.

He also painted the syrup barrels red to differentiate Coca-Cola from others.

Various syrup manufacturing plants outside Atlanta were opened and in 1895, Candler announced about Coca-Cola being drunk in every state & territory in the US.

The Idea Of The Bottle

During Candler’s era, Coca-Cola was sold only through soda fountains. But two innovative minds, Benjamin F. Thomas and Joseph B. Whitehead, secured from Candler exclusive rights (at just $1) for bottled coca cola sales.

But Coca-Cola was so famous in the US that it was subjected to imitations. Early advertising campaigns like “Demand the genuine” and “Accept no substitutes” helped the brand somewhat but there was a dire need to differentiate. Hence, in 1916, the unique bottle of Coca-Cola was designed by the Root Glass Company of Terre Haute, Indiana. The trademark bottle design hasn’t been changed until now.

In 1919, Candler sold the company to Robert Woodruff whose aim was to make Coca-Cola available to anyone, anytime and anyplace. Bottling plants were set up all over the world & coca cola became first truly global brand.

Robert Woodruff had some other strategies too. He was focused on maintaining a standard of excellence as the company scaled. He wanted to position Coca-Cola as a premium product that was worthy of more attention than any of its competitors. And he succeeded in it.  Coca-Cola grew rapidly throughout the world.

Consistency can be seen from the logo to the bottle design & the price of the drink (the price was 5 cents from 1886 to 1959). Coca-Cola has kept it simple with every slogan revolving around the two terms ‘Enjoy’ and ‘happiness’.

From the star bottle to the calendars, watches and other unrelated products, Candler started the trend to make Coca-Cola visible everywhere. The company has followed the same branding strategy till now. Coca-Cola is everywhere and hence has the world’s most renowned logo.

Coca-Cola didn’t position itself as a product. It was and it is an ‘Experience’ of happiness and joy.

The bottling rights were sold to different local entrepreneurs, which is continued till now. Hence, Coca-cola isn’t one giant company, it’s a system of many small companies reporting to one giant company.

Unlike other big companies, Coca-Cola has maintained its positioning as a social brand. It talks to the users. Coca-Cola isn’t a company anymore. It’s a part of us now. With its iconic advertising ideas which include “I’d Like to Buy the World a Coke” & “Share a Coke”, it has maintained a special spot in the heart of its users.

Coca-Cola, after marking its presence all over the world, took its first step towards diversifying its portfolio in 1960 by buying Minute Maid. It now operates in all but 2 countries worldwide with a portfolio of more than 3500 brands.

Did we miss something?  Come on! Tell us what you think about Coca Cola Marketing Case Study in the comment section.

X
What Is Unique Selling Proposition (USP): A Detailed Guide…MiscellaneousEvery customer looks for a reason why he should choose that specific product and not the others lying on the same shelf. This reason is the key to mak…

by Aashish Pahwa
X
What is Marketing Myopia? Definition and Examples…Marketing EssentialsMarketing Myopia, first expressed in an article by Theodore Levitt in Harvard Business Review, is a short-sighted and inward looking approach to marke…
Share via