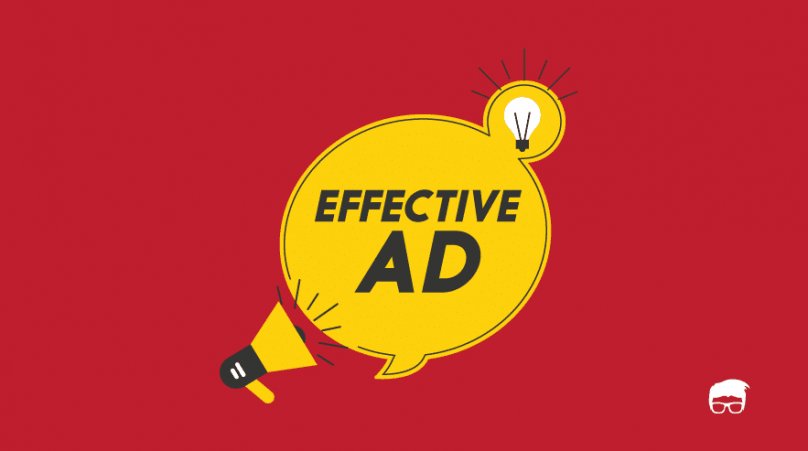 What makes a good advertisement campaign?

Is it the catchy tagline, the sales pitch or is it how well you have structured your communication message?

Well, all of these are crucial in making an advertisement campaign a ‘good one’. But not all good ad campaigns are effective.

So what makes an advertisement campaign effective? What makes it a memorable advertising campaign that engages the masses, create an impact and also boost sales positively?

To answer this question, let’s look back at some of the best ad campaigns of all time:

In the year 2004, a research by Unilever revealed that only 4% of the women considered themselves to be attractive. But, what caused this mass- insecurity among women? The root cause for this was found to be digitally distorting photos to create the illusion of perfection. Basically, Dove called out the Photoshopped lie that most brands try to sell their customers.

While most ad campaigns feed on the insecurities of people, claiming to guarantee the ‘perfect look’ by using their products, Dove took the polar opposite approach by opting for a more ‘natural, everyday look’ in their advertisements, rather than highly glamorizing the commercial, thus sparking a string of discussions about how unrealistic beauty standards affected women adversely, among a number of other feminist debates.

The ‘Real Beauty’ campaign resonated with a large number of people, and instilled a sense of self-esteem in them with the assurance that ‘everyone is beautiful’. The campaign was all about building confidence in men and women, alike. Women who resonated with this campaign were also keener on buying products by Dove.

The campaign wasn’t about ‘I’m really glad they put this in the shampoo.’ It was about ‘I really appreciate what the brand is doing in the world. I want to put my dollars against what they’re doing.’ ˗ Nancy Vonk, Producer at Ogilvy & Mather, Toronto (for the ‘Real Beauty’ campaign).

What do big companies do to appeal to an already large audience?

They appeal to the individuals.

That is what Coca-Cola did in the year 2011, with the ‘Share a Coke’ campaign. The ‘Share a Coke’ advertisement campaign started in Australia, after Coca-Cola personalized Coke bottles and cans with 150 of the most popular names in the country, with the U.S quickly following their footsteps. Coca-Cola also gave people the option to personalize bottles on their website with names and logos.

The very idea behind this was to encourage the customers to ‘Share a Coke’ with the person whose name was on the bottle, if it did not have their own name.  This sense of familiarity was new and exciting to the customers.

Coke fans are regular buyers of the product. So Coca-Cola implemented full individual ownership for their bottles. Not only did the individuality in personalized bottles show customers that the company cares, it also encouraged them to ‘break the ice’ and share a Coke to make friends. This made the product even more lovable and the ‘Share a Coke’ campaign, one of the most memorable ad campaigns of all time.

Nike’s Just Do It

Fitness has always been a craze among people. One such fitness-frenzy in the 1980s led to Nike coming up with the ‘Just Do It’ advertising campaign, to compete with its counterpart, Reebok. Reebok was more successful than Nike at the time, whereas Nike exclusively catered to marathoners. This was their chance to expand by reaching out to the common folk as well.

The campaign put the journey to physical fitness in just three words, and urged people to push themselves beyond their own limits. The very fact that the advertisement pushed people to be more determined, encouraged them to relate to the message ‘Just Do It’ being sent across by Nike.

This personal level of encouragement is what made the ‘Just Do It’ advertisement campaign a huge success, thus also making the product a household name.

Two sets of people were asked to perform a set of tasks ‘like a girl’. The campaign focused on the fact that girls’ self esteem is lowered around puberty and they are still as capable as just about anyone else, driving home the fact that the phrase ‘like a girl’ was not to be used as an insult.

The #LikeAGirl campaign started out as just a commercial by Always at the 2015 Super Bowl, but blew up to be a social message that hundreds of millions of people worldwide could relate to. The campaign was not a success merely because it went viral, but because it also inspired the masses about something important- self esteem.

The main reason why the #LikeAGirl campaign became a success was because it reflected the problems faced by women in our time and culture. Apart from just addressing the issue, Always also took a stand for something that a huge fraction of the masses could resonate with.

Acknowledgment of the challenges faced by their customers and bringing it to everyone’s attention made the #LikeAGirl campaign a world-wide success and a popular hashtag used on social media widely, even today.

In a time when everyone was obsessed with pompous, big German cars that showed off status in an exaggerated manner, smaller German cars were left largely unnoticed by people. To tackle this, Volkswagen and the advertising group at Doyle Dane & Bernbach came up with the legendary idea to incorporate the minimal features of the car into an equally minimalist advertisement.

Though a print ad, the ‘Think Small’ advertising campaign went on to be classified as one of the best advertisements of all time. Why? Because, the campaign never tried to sell a lie to the masses. The ‘Think Small’ campaign was brutally honest, to the point and mocked people’s obsessions with big cars that did not live up to the standards.

Transparency and minimalism. It’s as simple as that!

What Makes An Effective Advertising Campaign?

Ad campaigns are hard to come up with, especially if you are a household name. The same product can be advertised in a hundred different ways, and when it comes down to just one, what is that extra element in your advertisement that is going to be the selling factor?

What did these ad campaigns have in common? What made them so memorable? What was it about these advertisements that impacted the growth of the brand?

The answer to these questions has nothing to do with how the advertisement has been structured. While the structure is something that influences the impact of your advertisement campaign, there are other factors that give your campaign the push it needs.

So, there you go.

Apart from knowing just how to structure your advertisements, you now also know the X-factor that it needs to make your campaign a success. Advertisements are predominantly about establishing a connection with your customers and capturing their attention. They are about creating an image for your brand that is both honest and simple. While the kind of ad campaigns today may have changed after all these years, the principles of a good campaign still remain the same.

Did we miss something?  Come on! Tell us what you think about our article on What makes an effective advertising campaign? in the comments section.

A Retailer’s Guide To Showrooming

The Secret To An Effective Advertising Campaign