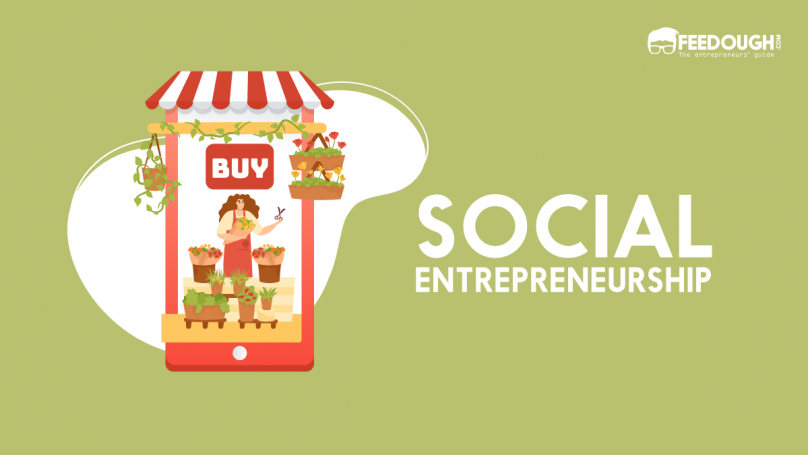 But what is social entrepreneurship, and what’s so social about it?

Who Is A Social Entrepreneur?

A social entrepreneur is an innovative initiator who decides to build a business dedicated to solving social, cultural, or environmental issues, taking on greater than normal financial risks in order to do so.

In simple terms, it involves running a business with an aim to benefit society rather than merely maximising individual profits.

But unlike what most people think, social entrepreneurs’ businesses are not always not-for-profit. They can be for-profit while prioritising positive social impact.

Social entrepreneurship isn’t a one-size-fits-all practice. It’s an umbrella term that constitutes different types of businesses that have a social impact in one way or the other.

According to research, social entrepreneurship can be categorised into three types. These are:

This is a highly localised social entrepreneurship where the entrepreneur addresses local concerns, partly driven by first-hand exposure to problems. For example, an entrepreneur developing solutions to solve the dirty drinking water problem in his city.

Such social entrepreneurship is scattered throughout the world but is highly local and is often characterised by limited resource pool and a local, tacit (domain-specific) mission.

Social Constructionists identify social gaps and convert them into opportunities by being more alert than others.

Such entrepreneurs have a broader market focus and focus on a problem as a whole, more than just a local concern. They look for developing an application for a local concern, that is expandable to solve problems occurring in different contexts and geographies.

Unlike social bricoleur, this entrepreneurship is resource-driven and is scalable. It focuses on developing a solution that’s applicable even in other countries.

An example of such entrepreneurship is Robinhood Army in India. The organisation aims to solve the problem of hunger and education among children who can’t afford the same. Started as a local mission, the solution has now found its application in other Asian countries.

Social engineers are the entrepreneurs with the most resources who deconstruct and reconstruct society’s engines to achieve broader social aims. They challenge existing institutions’ current solutions and aim to reconstruct the system to solve such problems.

These entrepreneurs focus on large-scale issues with mass appeal in various settings and understood by people. But they come up with a solution that’s less self-evident.

An example of such a social engineer is Muhammad Yunus. He is a Bangladeshi social entrepreneur who put efforts to solve the country-wide problem of poverty in Bangladesh. He didn’t work on a solution that would work from community-to-community. Instead, He brought in the concept of Grameen Bank and microcredit and microfinance to the country to tackle the issues of prejudice against women in the lending system, corruption within the lending system, and cronyism.

Here’s a list of some famous social entrepreneurs who made the world recognise their work:

The organisation has sponsored over 2,100 fellows in 73 different countries till now.

Muhammad Yunus brought a social revolution in Bangladesh by targeting and working on solving the problem of poverty in the country.

He founded Grameen Bank, propagating microcredit and microfinance concepts, and providing such loans to entrepreneurs too poor to qualify for traditional bank loans.

He was awarded the Nobel Peace Prize for the same.

One of the richest men on earth, Elon Musk, brought a social revolution in the automobile industry by developing electric cars under his brand Tesla. The brand also caters to the solar power market and aims to solve other social problems like fossil fuel consumption and pollution.

Scott Harrison is the founder and the brains behind a nonprofit organisation charity:water. His main aim is to address the global water crisis issue and help people living without access to clean water.

Even though he started as a commercial entrepreneur, Bill Gates soon shifted his focus to social entrepreneurship and founded the Bill & Melinda Gates Foundation. This foundation works with an aim to enhance healthcare and reduce extreme poverty across the globe.

Did we miss something? Come on! Tell us what you think about our article on social entrepreneurship in the comments section.

What Is Social Entrepreneurship? - Types & Examples