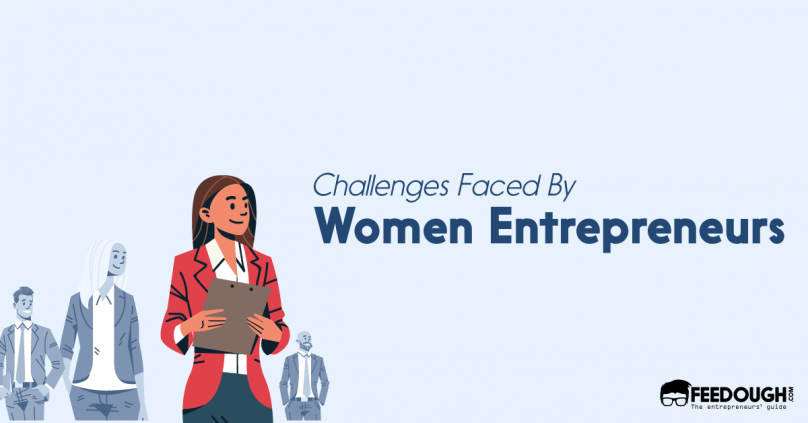 Entrepreneurship as a women profession might have been a distant dream in the past. But today, things look a lot different than they did a few decades ago.

Today, women entrepreneurs are making it big in the entrepreneurial world. The USA boasts about housing 12.3 million businesses that are owned by women.

But even today, men essentially dominate the world of entrepreneurship.

However, with the positive trend of inclusivity that we witness now, more and more women are making their way into this profession.

But making a mark doesn’t come as easy to women in this world as it does to men. Gender discrimination, prejudices, social stigma, etc., work against women of all ages and backgrounds. And these hurdles only intensify when we bring in intersectional experiences – that is – when race, nationality, and other social categories interweave with one’s gender.

To shed light on women’s problems as entrepreneurs, Women’s Entrepreneurship Day is celebrated on the 19th of November.

Finance is an essential component to start any business.

Due to existing cultural and gender biases, women find it difficult to secure funding from investors to start a business. A survey reported that only 25% of female entrepreneurs found investors for their business. Furthermore, 8% of these female entrepreneurs received only partial funding. According to a study, there is a $1.68 trillion investment gap between startups led by men and women.

Katherine Hays, the co-founder and CEO of Vivoom, claims that while VCs are comfortable investing in what she calls “girl stuff” – like renting dresses and selling baby wipes, they seem to underestimate women when it comes to tech-related startups.

As they cannot wholly rely on outside financing to start a business, they are compelled to fund their ventures. Bootstrap financing forces women to struggle with a tight budget, which essentially restricts growth to some extent.

Women entrepreneurs often find themselves in a dilemma where they have to choose between business and family. This is a typical case of role conflict.

Society demands from women that they be good mothers and good wives. This often pushes women back inside their houses as choosing work over family seems dishonourable to society.

In such cases, the woman’s business takes a back seat.

Entrepreneurship demands time and commitment, but a woman’s familial roles don’t allow her the same. A woman’s earnings from a business reflect how women spend significantly less time on their business than men.

As a result, women earn lesser than men from self-employment.

Another factor is insecurity.

According to a study by HBR, women are less willing to take risks than men, mostly due to societal pressure, prejudice, and perception. As a result, most women prefer jobs over starting their business ventures.

This risk-averse personality poses as a challenge in running a successful business or a startup.

Throughout human history, women have been assigned a status inferior to men in society.

Their capabilities are questioned in the business world, which only bogs their confidence down.

The mindset held by most men in the entrepreneurial world underestimates women. It is often assumed that, as compared to men, women lack regulatory and administrative requirements. They also believe that women cannot develop a business mindset by keeping their emotions aside.

Moreover, when women demonstrate leadership qualities, they are perceived negatively. Some might take them as “bossy”, others might call them “aggressive”. This is because society expects women to behave in a certain way – graceful, polite, obedient. Any behaviour other than that expected from them is looked at as unacceptable. These women, sadly, are considered as undeserving of their respect. All of these factors might result in women losing their confidence.

The patriarchal society doesn’t accept women in leadership roles. To some, working under women is considered disgraceful and simply outrageous.

Lack of Acknowledgment and Networking

Another challenge that women face in the entrepreneurship world is that they often remain unacknowledged, or simply put, the industry does not take them seriously.

This exclusive environment and lack of respect for time and efforts that women put into their businesses often lead to female entrepreneurs doubting themselves. Eventually, it hinders them from reaching their full potential.

Additionally, as a result of this exclusionary environment, women’s business networks are often smaller than men. This results from a fear of judgment, backed by self-doubt which hinders women from openly discussing their businesses, and consequently, missing out on opportunities to get people involved in their businesses.

To tackle this isolation environment, women take the aid of group networking, which are essentially women entrepreneurship groups that provide women with mentors and peers to guide them along with their endeavours.

More and more women are casting off their chains and entering a world dominated by men. Women entrepreneurs like Cher Wang, co-founder, CEO and Chairwoman of HTC and Whitney Wolfe Herd, founder and CEO of Bumble are great examples of women making a mark in the entrepreneurial world.

While it brings us delight to know that women finally realise their potential, it is also integral for society to play its part in encouraging women. There is a need for women’s representation in such leadership roles.

The first step towards this would require the world to move beyond its biases and let women come forth and display their potential. This will inspire more and more girls to unlock their potential and break existing stigmas, eventually clearing the way for more women to transmute their vision into reality.

Did we miss something? Come on! Tell us what you think about our article on women entrepreneur challenges in the comments section.