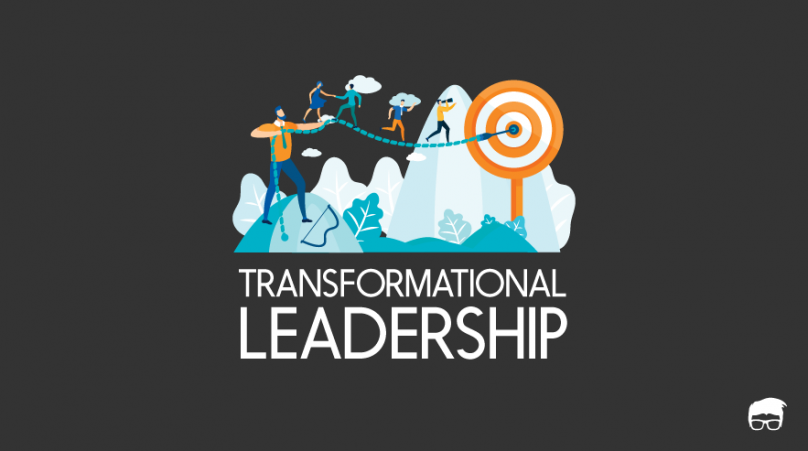 Jade is held in high regard by her teammates. Her team members say that she constantly reinforces the end goal of their work, they’re loyal to her and prefer her over other leaders in the company.

Jade is a transformational leader.

A leader has the ability to make or break the team. It’s no secret that today, the workplace has evolved, traditional leadership methods bear minimum fruits. Now is the time where all employees focus on growth and development and it takes a true leader to identify a person’s potential and help them realise it.

What is Transformational Leadership?

Transformational leadership is a leadership type where leaders encourage, inspire, and motivate their employees to transcend their own self-interest and to innovate and create a change to achieve the best for the organisation.

Transformational leaders often inspire change driven by a strong purpose and ultimately create an environment characterised by trust and innovation.

In its ideal form, the objective of transformational leadership is to lead the followers into becoming good leaders in future. This type of leadership is known to enhance the motivation, morale and performance of employees through a variety of mechanisms.

4 Is of Transformational Leadership

In the year 1985, Bernard A. Bass based the modern idea of transformational leadership around the following four elements:

Leadership is a fluid practice, it is constantly changing and reinventing itself. Good leaders understand their role and work to maximise worker efficiency and achieve organisational goals. Transformational leaders pay attention to the developmental needs of their followers and strive to increase followers’ awareness by encouraging them to look at old problems in new and innovative ways.

The following points explain the individual traits of Transformational Leaders

Often known to follow the “carrot and stick” approach to leadership, transactional leaders use rewards and punishments to induce good behaviour. They focus on supervision and group performance. Further, they aim to maintain the status quo of the organisation and tend to be more passive than transformational leaders.

On the other hand,

Transformational leaders set clear goals and high standards of performance while actively interacting with the employees themselves. They aim to improve the status quo and focus on individual performance as well.

The following table summarises the differences between the two –

The real question is –

Which Leadership Style Is Better?

Consider a crisis situation. These situations require linear progress and set rules and regulations are more effective under such circumstances. Here, transactional leadership is better suited.

Pros And Cons Of Transformational Leadership

No leadership comes without challenges. Following lists the barriers, or what hinders the implementation of transformational leadership –

It is unrealistic to expect each employee to be on the same boat. There might be some who are content with the status quo of the organisation and low job performance standards. Such employees don’t desire to seek new opportunities or develop new ways to perform tasks.

Such individuals might perform better under transactional leaders, with defined roles and responsibilities.

If the focus is solely on new ideas and creativity, employees might lose sight of the end objective. This would result in the same task taking a lot longer to complete. Individual development is good, but not so much that it hinders the growth of the organisation.

Branson is known for his fun and friendly business establishment. He considers himself a “rule-breaker” and prefers to maintain healthy leader-member relations. Further, he believes in giving freedom in decision making and carefully selects his employees.

He has successfully built 400 companies under the name of “Virgin”, thanks to his participative and goal-oriented approach. His leadership style is far different from transactional leadership. He doesn’t consider money to be a measure of success. For him, and his followers, the excitement is the challenge. This is the main reason why Virgin staff, even though paid a little less than market rates, yet are happy to work for Virgin because they enjoy being in the team.

Believed to be the wealthiest American in history, John D. Rockefeller, is known as one of the greatest leaders of all time. He was known for his perseverance and benevolence towards others. He routinely praised his employees and selected them with care. He possessed several noteworthy traits that made him stand out and many leaders today learn from his success and apply his principles in their organisation.

Did we miss something? Come on! Tell us what you think about our article on the transformational leadership in the comments section.

An entrepreneur with a background in management, looking for opportunities to learn and grow every day.