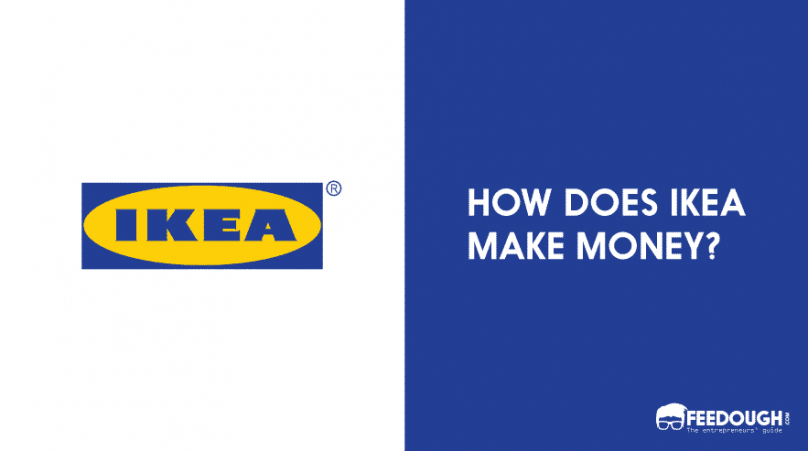 IKEA is known as that Furniture store where you get economical furniture for all your needs. And it reaches your home in a flat pack DIY system to suit the current apartment size needs. How convenient?

For those who still don’t know what I am talking about, here’s a brief idea on what exactly is IKEA:

IKEA is the world’s largest furniture retailer. The company got its name from the initials of Ingvar Kamprad (Founder) Elmtaryd (his family farm) Agunnaryd (his hometown) and was founded in 1943. IKEA began with sales of pens, wallets, jewellery with the primary concept of meeting customer demands at affordable prices. Five years into the business IKEA brought in furniture. Since then IKEA furniture has seen a meteoric rise to become a household name. With 424 IKEA stores and operations in 52 different countries, IKEA furniture is now a well-established multinational brand.

If IKEA was a mainstream furniture manufacturer it probably wouldn’t be where it is right now. The company is known for its flat-pack furniture system. An idea that was developed when a carpenter removed the legs of a table for easier transport. Since then IKEA has been keen on developing furniture that anyone could assemble in their own household.

How Does IKEA Fare In Numbers?

With 12,000 products in its product range, there are literally thousands of options to choose from. IKEA has around 1350 suppliers from around 50 countries that fit the requirements of this massive chain.

Even though the operating profit of IKEA in 2018 saw a 26% drop, IKEA is looking at new avenues and markets to explore.

IKEA is owned by the INGKA (Ingvar Kamprad) foundation. INGKA is actually one of the world’s largest charitable organizations. But why would IKEA be owned by a charitable non-profit organization?

This began when IKEA management figured out that transferring the ownership to a charitable organization in the Netherlands would help it achieve three goals: Reduced taxes, impossible to make a hostile takeover and a privilege to perform as a non-profit organization. Moreover, the intellectual property is held by another company. This is all done to have minimal taxes. (and it works).

IKEA primarily believes that the higher the volume of business, the higher the profit, the lower the cost. Thus, to reap benefits of this cyclic process, IKEA begins with low cost on furniture and strategically places itself in cities with a population over 500,000. They simply play with the economics of scale. Thus IKEA is able to provide cheaper furniture over your standard furniture manufacturer.

Just like Aldi, IKEA also believes in saving non-essential costs using genius strategies. The company uses the flat pack system to its advantage. Since the furniture packs up in a box that looks identical to your flat screen TV system they can ship more furniture in a single shipment as the compact arrangement makes fitting more furniture in less space viable. And the end assembly is done by the consumer so it is a win-win scenario.

IKEA uses hybrid materials like medium density fiberboards and laminates to have a strong structure at a cost and weight less than that of wood. This helps reduce their pricing for the final product.

IKEA believes in a strong R&D team which cuts costs and finalizes the design as per requirement. They are constantly involved in making the set cheaper and easier to put together. Thus the design they pick out usually is replicable and is done in a CNC machine and not by the custom carpenter. This is another cornerstone in putting down the cost of the set.

IKEA came up with the legacy products in the foreign market, but soon they realized that the sales never met the expectations. IKEA definitely had cheap products but didn’t fit up to the consumer’s needs. That is when IKEA shifted its focus to the needs of their consumers. IKEA began having a proper feedback loop where they realized the needs of the local markets they are targeting in.

For example, the consumers in the US wanted larger beds and furniture since they had ample space and consumers in Japan wanted modular furniture to fit in their compact houses.

IKEA figures out what furniture is it going to sell before entering any market.

IKEA takes an annual franchise fee of 3% of all sales made from the stores that franchise the brand. Unsurprisingly, this franchising business model results in a lot of money for IKEA.

IKEA has more than 1400 suppliers in 52 countries and more than 40 distribution centres in 16 countries. IKEA has a strong foot in supply chain management as it manages the supply from far off countries. 60% of IKEA’s suppliers are from European countries and the rest from China and other local markets.

The whole idea of having a wide supplier channel lies with the ideology that IKEA believes in an upfront price limit to the required furniture. It believes in a socially responsible and environmentally friendly way to develop furniture. This being said, it boasts a furniture range consisting of 60% of the products made of recyclable materials and 10% of furniture made totally from recycled materials.

Suppliers and distributors contact each other to have a ready stock at all the IKEA stores. IKEA believes in take and go and thus always has inventory ready.

IKEA has a massive network of suppliers who they deal with to create their desired products in exceptionally low costs which in turn works for them as their profit is covered in volumes of the business. Further, their innovate flat packing of the furniture saves their packaging and shipping costs helping them minimize the expenses.

IKEA business model revolves around the basic rule of marketing: Meeting needs profitably and thus is able to dish out significant profit by their basic yet widespread model.

Did we miss something?  Come on! Tell us what you think of our article on IKEA Business Model in the comments section

Why Is IKEA So Cheap? | IKEA Business Model