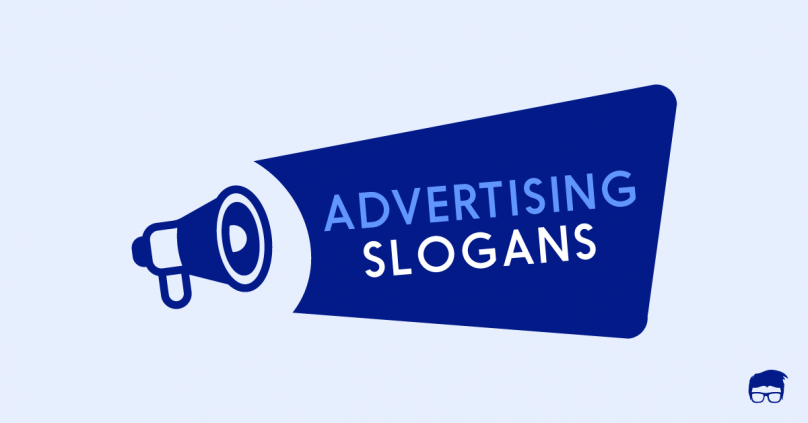 I’m lovin’ it- The moment you hear this phrase, a picture of burgers, fries, and soft-drinks pops into your head, indicating that McDonald’s did a fantastic job while crafting its advertising slogan.

In this modern era of the competitive market, you get to see many catchphrases every day. From Disney to Bira, every brand use advertising slogans. However, only a few manage to build awareness around the brand or offering and grab attention to leave a long-lasting expression in the minds of their target audience.

What Is An Advertising Slogan?

Advertising slogans are brief and catchy phrases used by companies in marketing and advertising campaigns to draw their target audience’s attention to the advertised offering.

In other words, they are memorable catchphrases of only a few words in length that the company boasts audibly to promote its brand or an offering.

Some of the best advertising slogans that left a remarkable key brand message in consumers’ minds are :

Advertising slogans can either be good or bad depending upon the image of the brand they project in front of the target audience and the commitments they give to their customers.

Following are some of the characteristics that represent a great slogan :

Now that you know what makes a slogan good, below are some examples of good advertising slogans :

Written in 1973, when a wave of feminism was taking over, “Because you’re worth it”, this phrase left a remarkable impression on women, and boosted their self-confidence. Even today, 80% of women recognise and respond to these powerful four words, which shows that the slogan is memorable and proves that it is good enough to show what the brand stands for.

Written by the restaurant manager himself, this slogan proves that not only slogans penned by professional writers turn out to be successful. Anyone with a great amount of research of the brand and the target audience can craft it too.

The phrase describes the image of what the brand wants to project in your mind about the product. That is why it is one of the most successful slogans.

The soft-drinks company focused on creating a positive impact through its phrase – “Open Happiness”, which stands for optimism, positivity, and inspiration, thereby making a good slogan.

One of the sweetest slogans of all time created decades ago, yet incredibly well received. This slogan managed to be catchy despite its relatively bigger size because it describes the product and its unique strategy.

Written by a woman, these four simple words represent timelessness and strength. The phrase was also declared as “Slogan of the Century” by Advertising Age as it represents the essence of a diamond. Hence, it marked its presence in one of the best slogans.

Although most advertising slogans set the positioning of a brand and connect with the audience in a memorable way, some refuse to leave a positive impression in the audience’s mind due to bad timing and other faults.

Some examples of slogans that didn’t work well are:

Despite it being humorous and short, this phrase is only liked by a few. It undoubtedly makes you giggle. However, it leaves a negative impression in consumers’ minds, which is why it didn’t turn out to be great.

Like Sunglass Shack, this slogan is also not liked by many. This phrase is considered a double entendre by some as it conveys its work. However, some consumers mistake the phrase for demeaning its brand.

Reebok received heavy criticism after it launched this ad slogan. Customers considered this phrase to be offensive as it shows dishonesty and disrespectful attitude towards women.

The SEGA genesis ran a risk of promoting itself through weirdly mature advertisements, including this ad slogan. People never looked at SEGA the same way after hearing these advertisements.

This ad slogan caused outrage on national women’s day. Not only did they fail to create a positive impact on consumers’ minds but also received heavy criticism by feminists and other activists.

Did we miss something? Come on! Tell us what you think about our article on famous slogans in the comments section.

A writer by day, a reader by night. Hands move through words with a speed parallel to the passion in my mind. Interested in gaming, writing and movies.

Good & Bad Advertising Slogans (And How To Differentiate Between Them)