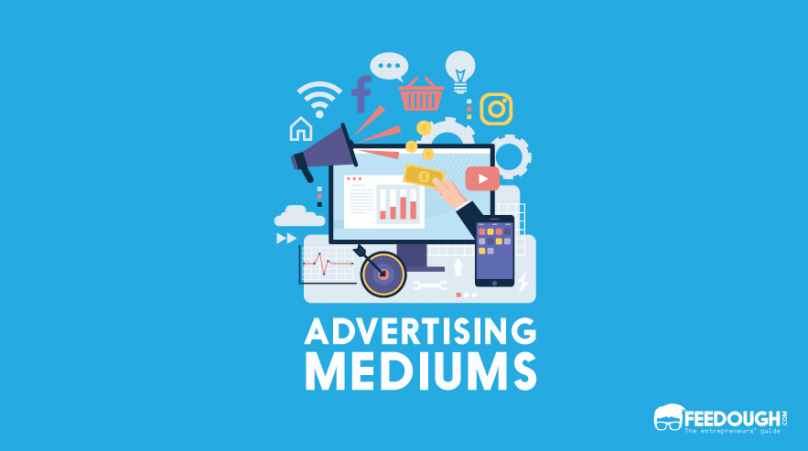 Advertising is the action of calling public attention to something through paid announcements by an identified sponsor. The choice of advertising medium depends on two aspects –

Selection of the perfect advertising media where the advertisements will be presented is really important for the success of the marketing campaign. There are several advertising mediums which can be categorized under five heads:

Each of the media has its own exclusive characteristic like the reach, shelf space, interest, and niche targetting, etc. A marketer has to evaluate each and choose the one with the greatest ROI.

One of the oldest and most popular media of advertising, print media has better reach and can even be used for copy extensive advertisements.

Technological advancement has resulted in increased returns from broadcast advertisements. Broadcast mediums include audio-visual information and entertainment mediums like radio, television, etc. It’s one of the most effective media for advertising as a story can be better understood if moving images and audio is used. But this medium is one of the costliest advertising mediums too.

Broadcast advertisements can be classified into

Perhaps one of the most economical options, outdoor advertising can prove to be the most effective advertising strategies if used correctly, creatively, and at the right location. As the name suggests, Outdoor advertising involves placing fixed (printed or audiovisual) advertisements in locations most visited by the target audience.

Outdoor advertising can be classified into –

Digital advertising refers to advertisements that are digitally displayed over the internet or other digital devices. This includes the Internet, media devices like smartphones, tablets, etc. Big Data has helped digital marketers to carry extremely targeted advertisements and get the most out of their investments. With the everyday addition of new users and increased technology and R&D in the digital world, marketers can now not only target customers with their advertisements but also can engage and interact with them.

Digital advertising include advertisements on –

Brand Integration allows a brand to reach out to the consumers by integrating the brand within the entertainment media content which is consumed by the users as entertainment. The brand or the product is interwoven within the script, showcasing products, functions and unique features.

In simple words, brand Integration is nothing but a form of authentic storytelling which is crafted according to the trend and needs and wants of the consumer and the brand.

Did we miss something? Come on! Tell us what you think about our article on Different Types of Advertising Mediums in the comments section.

by Aashish Pahwa
X
What Is Ambush Marketing? How Is It Used In Brand Wars?…Marketing EssentialsProfit is an important aspect of any marketing strategy and the increased competition has made it more challenging for the business to earn it. This r…