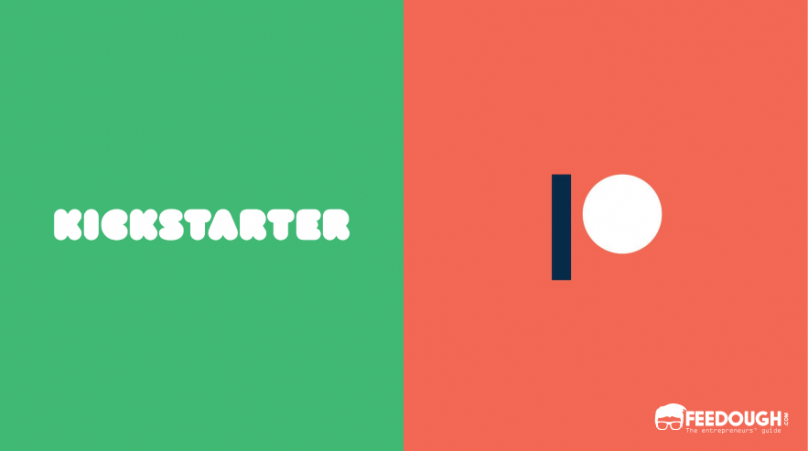 Bringing your idea to life no longer requires you to go around pitching your product to potential investors, VCs or backers to raise funds. Earlier this was the only way to gain enough capital for your project or company.

This situation has changed after the realization of crowdfunding platforms such as the Kickstarter and Patreon. These online platforms allow you to pitch your product or idea to the entirety of the internet and obtain funding from them.

Apart from being able to raise funds, these platforms provide flexibility with on how the funding is bought to the table – many ideas, products and services require stable, long term support rather than a large up-front donation to their cause nowadays.

And when it comes to online crowdfunding platforms out there, Kickstarter and Patreon are the most popular – be it raising money for your new or existing venture, they are ones that generally feature on top in the list of platforms.

So, how do they stack up against one another?

Which one would be a good fit for your project or cause?

Kickstarter is a crowdfunding platform that was started in 2009 by Perry Chan after coming up with an idea of allowing customers to buy tickets for a show online and the show would only take place when it reached a set amount.

This idea was further fledged out, and thus Kickstarter was born as a crowdfunding platform. Kickstarter has helped successfully fund over 182,407 projects, with over $5 billion pledged into its projects.

Patreon is more of a membership platform than a crowdfunding platform. But that does not mean that it cannot be used to raise funds for projects.

Patreon was founded in 2013 by two individuals – Jack Conte and Sam Yam – when they were trying to boost their YouTube earnings. They decided to create a separate platform where users could support their favourite creators by having them pay for a subscription plan for which they receive certain perks in return.

Patreon not only helped support YouTubers but also helped in the conception of various products and services such as supporting creation of documentaries and such. Constant funding for newer endeavours taken up by creative professionals was made possible and easier by Patreon and its subscription-based fundraising model.

The Kickstarter platform allows users to raise the necessary funds all at once.

Say you create a Kickstarter campaign to fund your idea of creating an innovative power bank for mobile phones. You set your large funding goal to cover all your costs.

Kickstarter helps in the creation of this one-time, large funding pool that helps fund that specific endeavour of yours. Also, the people backing your campaign will be ones who are completely interested or desire your product or service. This means that you have to consider marketing and promoting yourself and your product at the very least to gain the edge over the others.

Patreon is a subscription-based platform where-in you can generate a recurring, periodic supply of funds. Your backers, or “patreons” as they are called, pledge a monthly fee to your endeavours.

This usually means that the ones funding you and your projects are the ones who have already seen you accomplish the goals that you had previously set.

A Kickstarter pays you once you complete a successful campaign. A successful Kickstarter is one where you have reached your funding goals within the specified time frame.

Kickstarter then transfers over the entire amount that you have managed to raise for you to set out to create your product.

Patreon pays you in a monthly fashion, wherein your “patreons” are charged monthly fees that they decided to donate and this is then paid to you.

This helps create a steady, monthly-recurring cash flow to fund your projects.

Kickstarter takes 5% from the total amount you managed to raise during your campaign as the platform fee and also charges another 3-5% in the form of payment processing fee.

Patreon charges from 5% to 12% of your monthly funds that you manage to raise depending on the pricing plan that you choose.

Though getting started on Patreon is free, it offers three different plans with varying features –

Apart from the platform fee, Patreon also charges 3-5% fees for handling the payments –

Kickstarter is more suitable for funding new, one-off projects or products that require a fixed amount of funding to bring to production.

Kickstarter’s one-time funding also means that it is more suitable for those requiring large amounts of funding, say in the neighbourhood of hundreds of thousands if not millions of dollars.

These types of one-off products would greatly benefit from a Kickstarter campaign than from Patreon.

Patreon is more suitable for those looking for long term funding to help supplement their projects. Here, supporters of your projects generally come from those who already know you and are fans of your work.

This means that Patreon works well for –

Patreon could be your major source for funds, but most of the times it helps act as a backup source of funding that is consistent and available for larger timeframes.

Just a decade ago, if anybody would have told you that it would be possible for you to create any dream project or product using funding available from the internet, you would have scoffed at the absurdity of the idea.

Crowdfunding, subscriptions and membership programs are everywhere, be it groceries or technology or services. Not only have these revenue models changed the way products are designed, online crowdfunding, in particular, has helped design more products.

Want to raise funds for your obscure idea? There is a crowdfunding platform for everyone that work well for certain niches more than the others. But in the end, it all depends on how and when you wish to receive your funding.

Kickstarter is your best bet if you have a one-off product or idea and want a large sum to get things started.

Patreon is your best bet if you already have a userbase wanting to see more of your work and will help you fund and sustain your newer projects.

Did we miss something?  Come on! Tell us what you think about our article on Kickstarter vs Patreon in the comments section.

Kickstarter vs Patreon: Which Is Better?