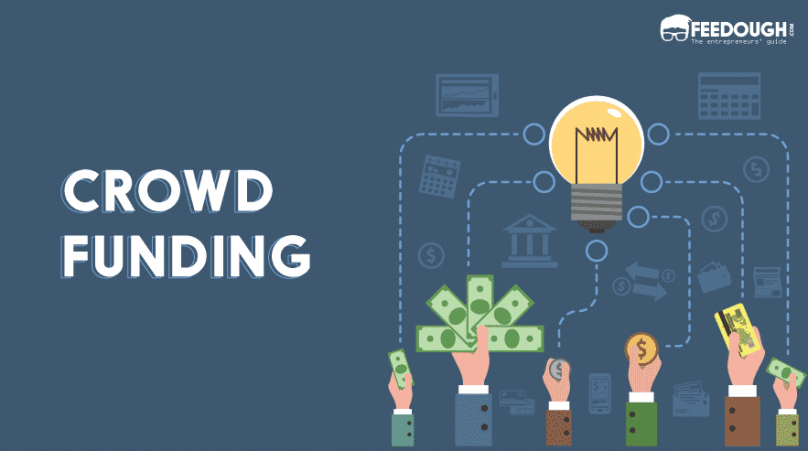 You have just finished brainstorming ideas, planning, researching and everything that will be required to build your dream project. Now comes the most challenging part — finding investors for your project.

We all know, how difficult it is to find investors for your dream project through the traditional ways. Especially finding an investor who will believe in what you are building.

It’s one of those reasons why more and more people are drawn towards crowdfunding instead of traditional ways of raising funds; so much that it has become a global phenomenon now.

Crowdfunding refers to raising a small amount of money from a large number of people to finance a project, cause or business, generally via the internet.

It provides a platform for people to raise enough funds on just the potential of a business idea or the purpose of their project. It has been such a successful phenomenon that in 2017, a project raised $35 million in 30 seconds through crowdfunding. Not to forget the rise of ICOs because of the same phenomenon.

We don’t realise, but lots of our favourite movies, books and even video games were not possible without the crowdfunding platforms.

Remember the television show  “Veronica Mars”, which was continued as a film 7 years after its cancellation in 2007, it was possible because of a Kickstarter campaign set up by its director Rob Thomas in 2014. Its crowdfunding campaign was so successful that it raised $5.7 million backed by 91,585 people in just one month.

The director got the funding as well as the free PR for the movie as the cherry on top.

Crowdfunding brings creative ideas and good cause to potential investors and donors who are willing to invest their money. Investors put their money on a specific project only when they believe in the project/cause and see the potential of it being a success in the forthcoming future. It provides a single platform for you to build, share and to showcase your talent as well as raising awareness for many things.

Crowd-funding is an easy process, but you still need to learn a few things before putting your idea out there.

How Does Crowdfunding Work?

Crowdfunding uses websites and social networking sites to attract investors with profiles of people who are looking for investors to raise funds. From entrepreneurs to artists, anyone can create a campaign to raise money for their respective projects.

It works by presenting a pitch on the platform to people and allowing them to invest or to donate by promising rewards and profits in return.

Nevertheless, this phenomenon works in different ways for different people and also rewards them differently. Some investors/donors do it for just the warm feeling in their hearts, and some do it for monetary gains.

How Crowdfunding Works For Entrepreneurs

For entrepreneurs, crowdfunding is the easiest way to raise money for their startups. If you are an entrepreneur and you believe that your idea can become the next big thing and you are unable to find investors through the traditional ways. Then you can present your idea on a crowdfunding platform.

You can use crowdfunding platforms not just to raise money but you can also make your business more visible and can gain public recognition as well.

You need to prepare a pitch which should be clear, precise and interesting after all the investors will judge your idea by the pitch you have prepared. You can offer your investors rewards or companies securities in exchange for funds.

How Crowdfunding Works For Investors

If you want to make a small investment or want to donate to a good cause, crowdfunding could be the best idea for you.

Crowdfunding websites have a wide range of projects and social causes which doesn’t obligate you to invest a huge sum of money. You can earn some pretty good profits, interests. In addition, it provides many other benefits as well such as loyalty rewards, tax rebate and goodies and many other things. You can get these benefits just from the comfort of your home. Although you should carefully research the project/social cause you want to invest in, as no investment is risk-free.

How Crowdfunding Works For Social Causes

Crowdfunding is not just a medium for raising funds for business ideas. Many people use it to raise donations for social causes as well.

Many charity organisations put their projects on crowdfunding platforms to raise money as well to promote their cause so that more and more people can participate in it. You can also provide donors with some benefits for donating to your cause, benefits such as tax benefits, public validation or maybe some free goodies.

How Crowdfunding Works For An Individual

Apart from startups, charity fundraiser and investors, an individual can also use crowdfunding platforms to raise money for himself.

People crowdfund their college fees or even pay outstanding hospital bills with the help of the people of the internet. Others raise money through the process for admissions, travel trips and even to pay off their debts.

As the name Implies, donation-based crowdfunding is for those people who want to raise money for a charitable purpose or personal reasons.

In reward-based crowdfunding (also known as non-equity based crowdfunding), investors receive rewards such as concert tickets, t-shirts, mugs, pens and coupons etc. in return for their investments.

This type of crowdfunding is usually used by early-stage startups looking for validation for their offerings.

LendingClub is one the popular debt crowdfunding website operates its online credit marketplace at a lower cost.

In Equity crowdfunding, entrepreneurs raise money for their startups by trading stocks to investors and get capital in return.

Startups raise money through the sale of their securities such as shares, convertible note, debt and revenue shares.

For example, AngelList is one of the most popular and established platforms for equity-based crowdfunding since 2010 which helps startup raising funds and providing people jobs in startups.

Crowdfunding emerged as a new phenomenon for people to raise funds for their dream projects as well as for any other reason. Many people (including me) use crowdfunding platforms to shape their ideas into a full-fledged business or to raise donation to help underprivileged communities.

This phenomenon provides you with many benefits such as:

From New Delhi, a startup marketing analyst who loves to spend times with a book in his hand.

X
Pre-Money & Post-Money Valuation ExplainedStartup FundingWhen you are working with a capital driven start-up you are likely to come across a whole new array of vocabulary. Pre-money and post-money valuation …

by Rahul Bhadana
X
Startup Bootstrapping: A Detailed GuideStartup FundingBeing an entrepreneur, you have four usual funding options. These include – Raising funds from the investors by offering equity to them,Taking a loan …