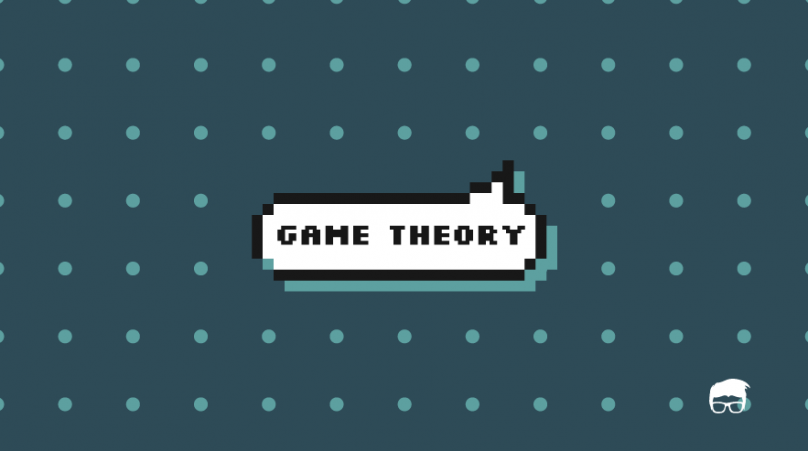 Business whether small or large depends on how it interacts with people. Marketing Strategies, Financial Strategies, Survival in the market etc. essentially depends how effective is it in dealing with people; be it potential customer or competitor.

Now behavioural aspects are not constant and could not be quantified, but there exists a field of study which tries to help people understand the choice that a rationally intelligent person would make.

This field is now known as Game Theory.

What is Game Theory?

Game theory is the study of the decision-making process and rationale behind it. It is a way of studying a model of conflict and cooperation between intelligent, rational decision taker.

You might remember the motion picture A Beautiful Mind in which Russel Crowe played a mathematician John Nash; well he is one of the pioneers of Game Theory.

Types of Games in Game Theory

Game Theory in design is essentially a theoretical approach to strategies in life and as it happens in life, you could either be cooperative or noncooperative.

Cooperative Games as the name suggests deals with a cooperative group. It is a game between a group of players rather than between individuals, and it deals with the structure of groups like group forming tactics, resource allocation etc.

Non-cooperative game theory is essentially a scenario where individual agents deal with economic assets for their good.

In this situation, only the available strategies and the outcomes that result from a combination of choices are known.

An example of a noncooperative game would be the classic Rock-Paper-Scissors.

Game Theory has gathered steam due to its application in various fields. We usually see Game Theory in our daily life without knowing it. Read on to find out more about some of the Game Theory strategies.

Let’s consider the case of Harry Potter in Goblet of Fire.

Before even the first task of the tournament, we see cooperation between players regarding the exchange of information. Hagrid reveals to Harry that the challenge of the first task will involve dragons. Harry deduces that the Durmstrang and Beauxbatons champions must also possess this knowledge, given Hagrid’s relationship with the Beauxbatons headmistress and the fact that he ran into Durmstrang’s headmaster near the place where the dragons were being kept. He then assumes that Cedric is the only oblivious champion and was faced with the decision of either passing on the information to Cedric or withhold and gain the upper hand.

But Harry did pass on the information and received the same help from Cedric in the second task and deduced the message in the dragon egg.

This form of cooperation based on prior experience forms the Tit for Tat game that is solely based on trust. One defection and it might just ruin the balance forever.

In the real world, oligopolistic markets have emerged. Such markets could be explained in the sense of a duopoly by Cournot Competition.

Cournot competition describes an industry structure in which competing ventures make the same product but choose a quantity to produce independently and simultaneously.

This is a well-coordinated strategy to maximise their profit in the long run and get an almost dictatorial hold on the market.

In real life, this could be seen in the diamond industry.

The big four of the diamond industry controls and coordinate so well that they have tricked the people in believing that diamonds are a necessary luxury.

Peace War Game is an iterated version of Tit for Tat, here the more aggressive approach leads to huge profit in the initial run but continuous aggression is not shown since the cost are too high, and therefore peace is made after some time.

In the recent telecom war Reliance Jio reduced the cost of data packs and started a revolution and quickly managed to reach a massive population in just a matter of few months. It blew out the competition where bigwigs like Bharti Airtel, Vodafone and Idea Cellular were already well established.

This is an example of a Peace War Game where Reliance Jio waged a price war and did not relent which ultimately led to an aggressive price cut from every telecom company. This led to a considerable loss especially in the case of Bharti Airtel and an effective merger between Vodafone and Idea.

Now plans are being rolled out with similar benefits by every telecom companies, and there is a peace situation unless provoked.

Mergers and acquisitions are usually complex, and one has to employ a non-zero-sum strategy.

The classic example being Google here.

Google did attract attention from both Yahoo! and Excite. Yahoo passed on the opportunity, but Excite did decide to pursue the deal. Google founders, however, did not want to have a company take over. They wanted the company to overhaul their entire search algorithms and replace them with Google’s.

Now, this was an outrageous idea and eventually Excite backed out of the deal.

Even the company’s financial and accounting practices are covered by one aspect of game theory.

The Enron Scandal is one of the biggest corporate bankruptcy scandals that led to the loss of many jobs and also the dissolution of one of the big five accounting firm Arthur Anderson.

The Enron way of business was based on a false pretext and non-ethical accounting practices in which mark to market strategy always showed the company going to profit.

This scandal was known by the employees, but there was no one to come out as they were enjoying the prosperity that Enron brought with it. However such practices eventually led to the downfall of Enron.

Such situations where volunteer action becomes too hard to decide is aptly described by the Volunteer’s Dilemma, where the cost of being a whistleblower is not worth it and therefore nobody volunteers, and eventually the whole scam is exposed, and everyone is out of the job.

Now one of the most buzzing ecosystem in the 21st century has been the startup ecosystem. Within any ecosystem that displays competition, we’ll see a set of different strategies for long-term survival and prosperity.

Depending on the underlying stakes, this behaviour will result in a new generation of actors emerging after a round of the game.

Let’s put this into the startup context.

Imagine a scenario where founders and investors are negotiating a deal. This could happen in a cooperative manner where they do a fair deal, benefiting both parties equally (a non-zero-sum game) or become noncooperative and try to exploit and get a better deal for themselves at the expense of the other (a zero-sum game).

After initial negotiations, the next set of decisions would be taken on prior experience, and therefore strategies would be adjusted accordingly (tit for tat).

Forming such a system usually results in homogeneity. Fair players tend to increase in number as a trust has multiplier effect while defect doesn’t. Therefore in a system even if there is a small number of players that play in a trustworthy manner could outdo the competition eventually.

Not only survival but game theory also is important in an expansion.

Take salary issues for example. When hiring for a startup, there will be a final negotiation on the salary to be given to an employee. Now the employee would seek out to maximise his salary, and you as an entrepreneur would try to play it down, since agreeing to egregious terms would leave your venture in a financial mess.

Therefore there would be a middle ground where both the venture as well as the employee has to compromise.

Another important aspect of a successful venture is the government policies.

In a turbulent political, social and economic environment, entrepreneurs face many of questions:

To answer these questions, an entrepreneur should identify and establish an optimal or sub-optimal strategic business and technology choices.

Did we miss something? Come on! Tell us what you think about our article on startups & game theory in the comments section.

Startups & Game Theory: What You Need To Know!