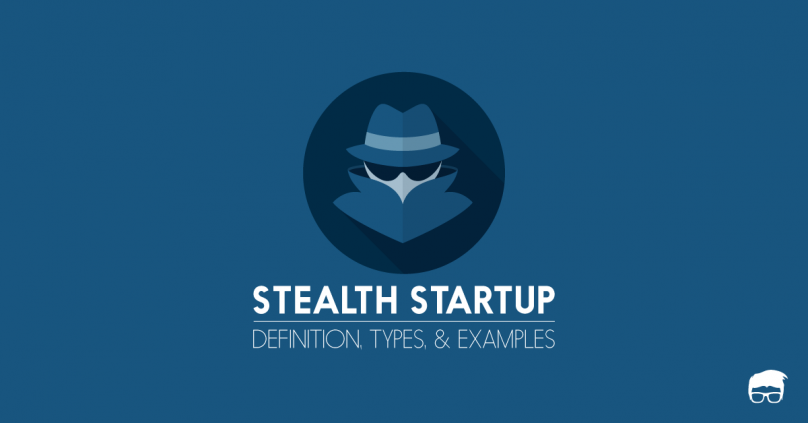 Not every entrepreneur wants to gain public attention. Many do believe in privacy in the initial days and work hard till the success make the noise. Most of these privacy-loving entrepreneurs operate in a stealth mode.

What Is Stealth Startup?

A stealth startup is a fledgeling startup business that operates in a temporary state of secrecy to avoid public attention, be invisible to competitors, and/or hide information.

Entrepreneurs choose to start in a stealth mode to quietly improve their offering, test the product-market fit, register the intellectual properties, and take all the necessary steps to be fully ready and competition proof before the actual public launch.

Generally, there are two types of stealth modes –

This is when the startup business tries to keep all its actions as secretive as possible. The business can go to the extent of –

Usually, this is a temporary state till the time the short-term objectives, like registering the IP, finding the problem-solution fit and the product-market fit, etc. are fulfilled.

Coda, started by top leaders from Youtube, LinkedIn, and General Catalyst, was launched under the name Krypton and was already valued at $400 million even when no one knew what the startup was up to.

In-company stealth mode is when an existing startup or business launch a new offering keeping it as secretive as possible before the actual launch. Startups choosing this mode can even go to the extent of keeping the internal and external stakeholders at bay to prevent the premature dismissal of the concept or idea.

Microsoft is a renowned company that employs in-company stealth mode before launching its new offerings. Windows 95 had a code name – Chicago, and Windows 10 was codenamed Threshold before its release in July 2015.

How Does A Stealth Startup work?

Stealth startups operate cautiously without leaking any information to the general public. They work with limited partners and usually follow the following operating model –

A stealth startup operates on temporary business, revenue, and identity model. Usually, it doesn’t disclose its name to the general public. The business and revenue model are minimal just to validate the hypotheses and/or become ready before the actual launch.

Generally, a stealth startup focuses mainly on building and strengthening the internal structure and model during the stealth mode, which includes –

Stealth startups stay away from media and public. They make sure to perform tasks secretively so as no one (other than people they trust) knows what exactly are they are up to.

Moreover, it saves the business from not-so-necessary early expenditures like branding, communication, and promotions.

Launching a startup in a stealth mode has its own perks. Some are –

Drawbacks Of A Stealth Startup

Every year, numerous startups come out of stealth and make the world wonder how they do the things they do. Some of the examples are –

Proprio replaces microscopes, loupes, screens and other traditional surgery visualization tools with light field technology and AI to produce a virtual representation of the human body that gives immersive, more accurate and richer data to physicians.

The company operated in stealth mode for years, improving its technology and even raised $7 million in funding while being secretive.

Velo3D is one of Silicon Valley’s most highly funded stealthy startups that raised $90 million during its stealth mode.

The company is a metal 3d printer that operated in stealth mode for the first four years of its operations. Today, the company has patented manufacturing tools that produce metal parts for the aerospace and medical industries.

Velo3D operated in stealth mode to develop and own its technology fully through registered patents, and it indeed was a great decision.

Did we miss something? Come on! Tell us what you think about our article on stealth startup in the comments section.

What Is Stealth Startup? - Types & Examples