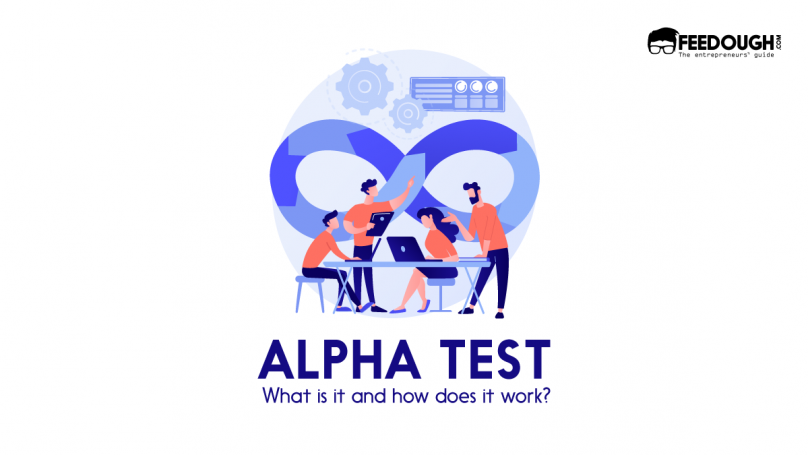 Every company wants its target market to accept the product it has to offer gladly. While many companies predict demand in the first instance, several others validate their assumptions using acceptance testing.

The company performs some of these tests internally, while some are performed by releasing the product to the actual audience.

Alpha testing, a part of the user acceptance testing, is the firms’ preliminary internal testing before offering the product to the external testers or early users. It ensures that the product fulfills all the requirements and attains a minimum level of quality before offered to the target audience to try.

What Is Alpha Testing?

Alpha testing is a type of acceptance testing where in-house team of developers, designers, and quality assurance staff test a product for all possible bugs, flaws, and issues in a controlled lab environment.

Often referred to as usability testing, alpha testing is known to stand out because of its unique features. These features are imbibed in its definition –

Alpha Testing also helps the testing team to make sure that the product is functioning in the same manner in which it is intended. Thus, the company appoints experts, who understand the industry and the offering, to test its design, working, and behaviour.

It is the last testing phase before sending the product for beta testing, where the actual users test the product in a real environment.

When is Alpha Testing done?

Alpha testing is the first step of acceptance testing and is carried out before beta testing. It is conducted at the final stages of the product development process.

It is the early end-to-end testing of a product and therefore its name is derived from the first Greek letter “Alpha”.

Before performing alpha testing, it is essential to form a list of all the design specifications and functional requirements needed to be tested. According to this list, the testing team can develop a plan to test each specification and requirement included in the list.

What are the Phases of Alpha Testing?

What are the steps involved in Alpha Testing?

Advantages and Disadvantages of Alpha Testing

Alpha testing comes with its own set of advantages and disadvantages. These are:

What comes after Alpha Testing?

The next step after alpha testing is beta testing which tests the product in real conditions. In beta testing, the product is distributed among a small number of end-users who test it for any bug, issue, or flaw that was not addressed during alpha testing. The end-users then send their feedback to the developers. The team of developers provides solutions to the issues raised in the feedback either immediately or in the upcoming version of the software.

Ankit likes to research and write articles on topics like startups, entrepreneurship, marketing, and technology. Other than writing, he is a big sports enthusiast.

What Is Alpha Testing? – A Detailed Guide