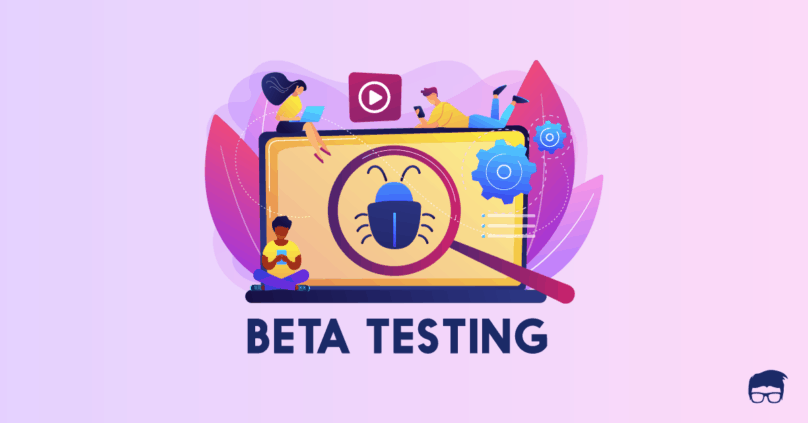 No one wants to launch a faulty product in the market. But often, there are bugs, flaws, and errors that are not visible to the developers. In such cases, the developers release the offering to the real users (usually a limited number) but with a disclaimer that the offering is a beta test and might be unstable. These users give feedback to the developers, which is then used to perfect the final product.

But what is beta testing, and how is it different from other forms of early-product-testing?

What Is Beta Testing?

Beta testing is a type of user acceptance test where a nearly finished product is offered to real users to evaluate in the real environment and provide feedback.

Also called end-user testing, beta testing is known to stand out because of its unique features. These features are imbibed in its definition –

Beta testers are real users of the offering who use and test it in a production environment operating on the same hardware, networks, etc., as the final release. These are among the first early adopters who get a chance to experience the final offering and test it for security, reliability, and other factors before it is released to the general audience.

Why Is It Called Beta Testing?

Testing stages are denoted by Greek letters. Since it’s the second phase of testing after alpha testing, it’s called the beta testing phase.

When Is Beta Testing Done?

Beta testing is performed after the alpha testing is done and the product’s concept is validated, but before the actual product is released in the market.

Usually, beta testing is done when the product is almost 90%-95% completed and is stable enough to be used in the production environment. Usually, a product in the beta test stage fulfils the following requirements:

Traditionally, the new product development process saw just four phases: (1) concept (2) design (3) build (4) launch. This process didn’t consider market validation, testing for errors, improvement before launch, etc.; which made many products die as soon as they were launched in the market.

This is why the testing phase was added to the process. This phase steadily increases the probability that the product will succeed when it is launched in the market.

How Long Does Beta Testing Last?

But since different tests come with different requirements, it can last anywhere between two and twelve weeks.

Beta tests can be categorised into various types depending upon the number and types of testers and the goals and objectives of the tests.

Based On The Type And Number Of People

Based On The Type Of Tests And Goals

How Does Beta Testing Work?

While different developers choose different types of beta tests according to their requirements, the process they follow usually remains the same. This beta testing process involves five steps:

Advantages And Disadvantages Of Beta Testing

Beta testing comes with its own set of advantages and disadvantages. These are:

What Comes After Beta Testing?

Beta test is usually followed by gamma testing (also called release testing) that ensures that the product is market-ready and fulfils all the security and functional requirements. Usually, this phase doesn’t result in a major modification of product unless the detected bug is of a high priority and severity.

Did we miss something? Come on! Tell us what you think about our article on beta test in the comments section.

What Is Beta Testing? - A Detailed Guide