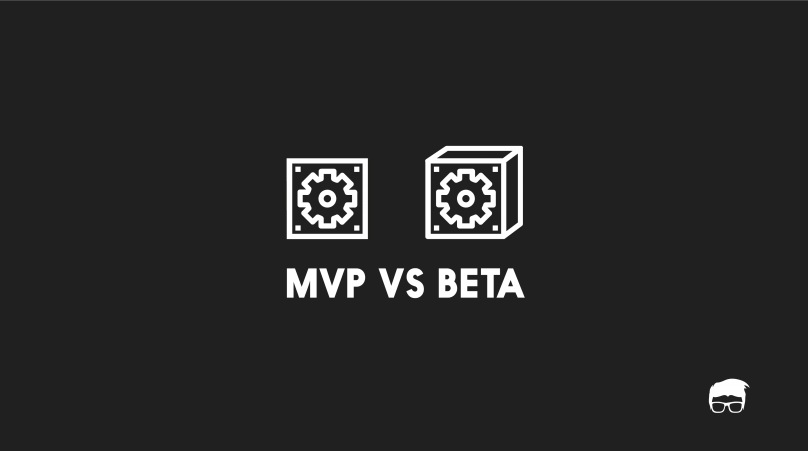 Pre-releases of a product are important for varied reasons. However, each release has its own objective and is given a different name according to the motive and the release-lifecycle stage. You and most other entrepreneurs, journalists, and business enthusiasts must have clicked on this post title because of your common confusion between two of such pre-release stages: MVP and beta.

Even though both of these versions are released to ensure that the product is perfect in every sense when it is finally released in the market, both of these releases have different objectives and timelines. But before moving on to discussing the difference between an MVP and the beta release, it’s important to know what do these two releases represent.

What Is An MVP?

A minimum viable product (MVP) is the first saleable version of your product designed with minimum yet sufficient features to satisfy early adopters and to validate the assumptions of usability and demand basis on which the final product is developed.

MVP is usually referred to as the alpha release of the product.

What Is A Beta Release?

The beta version of the product is almost the final version which is given to a large (but usually selective) group of users to try under real conditions. The objective of the beta versions is to create a polished and ready to go product without any bugs or defects.

An MVP is always released before the beta versions as the entrepreneurs and the product managers need to validate their product assumptions before moving on to the production of a fully functional product. The beta version follows once the MVP is validated.

There are few other noticeable differences between an MVP and a beta version of the product. These include:

The main objective of launching an MVP is to validate your riskiest assumption and build a product which the consumer actually wants. The entrepreneur and the product manager releases an MVP to learn if their prospective product fits in the market.

An MVP is characterized by minimalism. It is created with the minimum features which can make the product saleable.

The MVP is never focused to fulfill the needs of the mass market or even multiple groups of early adopters. The target audience of an MVP is the internal audience and a few early adopters which validate the product and demand assumptions.

However, the beta version is created to cover the needs of the mass market. It is the almost mature final product.

Did we miss something?  Come on! Tell us what you think about our article on MVP vs. Beta in the comments section.

MVP vs. Beta: What's The Difference?