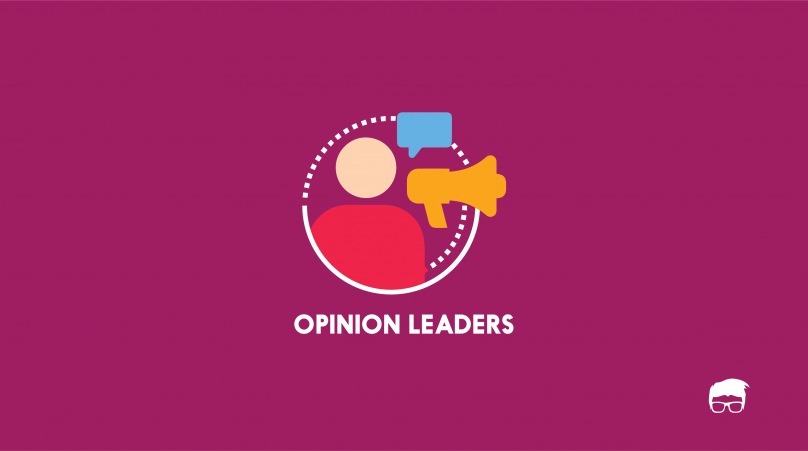 With an insane number of varieties of products and services available in the market, we often look up to a certain people for choices these days. Personally, when I am stuck while choosing between two products I take the opinion of my preferred channel on YouTube, my techie friend, or the reviewers on Amazon.

Is this relatable? Does the opinion of a particular individual/group of people change your opinion too?

Who are Opinion Leaders?

Opinion leaders are individuals or organizations that are able to influence people by their opinion. They are ones that the opinion receivers consider credible and hold high regard for in that particular area.

Opinion leaders could be anyone ranging from your friends, family to famous actors, politicians, websites, CEOs or your favourite tech geeks.

There is often one particular influencer in your family that is a go-to person in terms of a particular product or service. For e.g., if you are a foodie and your family trusts your taste, they will ask for your opinion before trying out new cuisine. This makes you the Opinion leader in terms of food. Similarly, when masses idolize well known public figures, they also become their opinion receivers. They keenly follow their opinion leaders.

Opinion leaders are the influencers of their respective niches. They influence the choices and beliefs of their followers towards or against a specific brand, product or service.

Opinion leaders who don’t have an affiliation with the product they’re promoting are even trusted more than the people who do. If the opinion leader is within your family or friend circle, you tend to believe him more than anyone else as you feel that they have your best interests in mind and want you to make the right choice.

True opinion leaders have a strong impact on their audience’s choices and have a higher social status among their friends, family, and followers.

Why Are Opinion Leaders Important?

There was a time when brands only focused on marketing through advertisements and CEO’s and top-level executives didn’t even attend any press conference. However, the trend has changed. CEOs like Elon Musk and Steve Jobs have become opinion leaders in their own niche. Brands are focusing more on keeping the celebrities and other influencers happy as even one tweet or Facebook post can make the business lose billions.

sooo does anyone else not open Snapchat anymore? Or is it just me… ugh this is so sad.

With an average person witnessing around 10,000 advertisements each day and not recalling even a fraction of those, opinion leaders have evidently become very important when it comes to the marketing of a product.

Opinion leaders are deemed to be most credible in the niche by their followers. According to a study by Nielson, Eighty-three per cent of people agree that the recommendation from friends and people they trust is the most credible form of advertising.

Opinion leadership has even become a profession in this era of the internet. These professional opinion leaders (also called influencers) put in efforts to constantly improve their judging skills by following a particular topic closely, getting hands-on experience with various products of their area of interest. During their journey to expertise, they garner enough audience and followers. They have their own personal brand and can build or shatter any brand just by their words.

Customers prefer engagement, interaction and a sort of physical touch over distant advertisement messages. This is where opinion leaders make a world of difference. They talk to the target audience.

In 1944, sociologist Paul Lazarsfeld introduced “The two-step flow of communication model”. According to this model, mass media doesn’t directly influence the mass audience. Rather, the information flows from mass media to the opinion leaders who interpret the media messages and put them into context for the wider population. Thus people have a feeling of more trust towards opinion leaders as compared to the advertised mass media.

Opinion leaders are considered to be expert in a particular area and their influence sphere is limited there. Their opinion over other areas holds little to no importance.

How To Get Opinion Leaders On Your Side?

Opinion leaders usually belong to the early adopters portion of the innovation adoption lifecycle. This means, they try and test the product before the 84% of the users and have a huge influence over the majority of the customers who are yet to try the product.

This makes it extremely important for you as a marketer to keep them on your side and use them to influence others to buy your product. 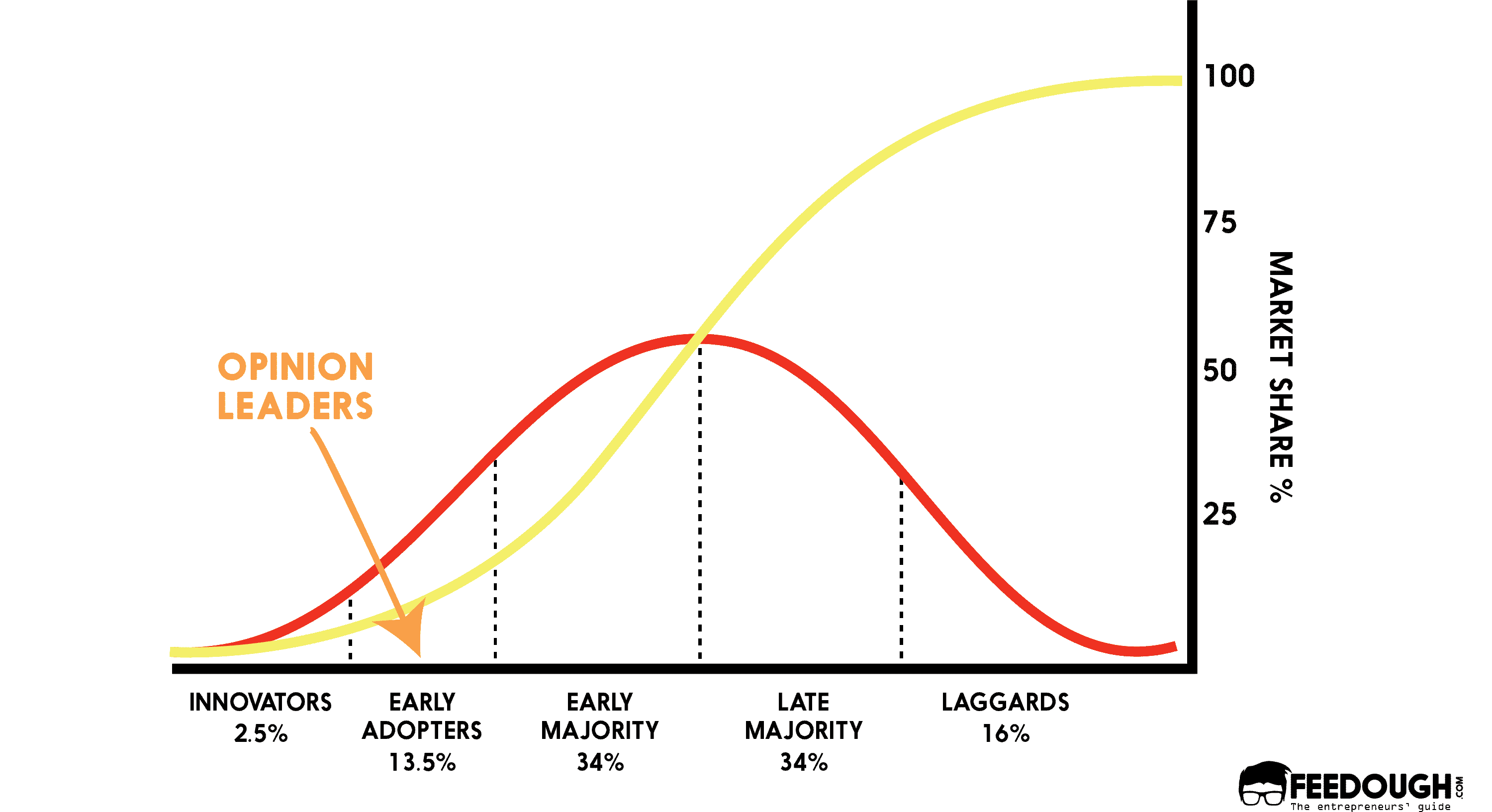 Having the opinion of an opinion leader during the introduction phase is a sound marketing strategy and is practised quite a lot.

E.g. Movie critics are invited for the premiere.

A lot of consumer products send their samples to influencers (bloggers, doctors, etc) to spread the word about their products.

Electronic goods are known to do giveaways to tech geeks or influencers with a heavy social pull before the release date to artificially create a surge during the introduction phase.

A lot of products pay opinion leaders and influencers to endorse their product because a huge chunk of the population follows their lead. Mostly the masses see through such strategies yet endorsements are a tried and tested method of improving market stats.

Did we miss something?  Come on! Tell us what you think of our article on Opinion Leaders in the comments section.

Who are Opinion Leaders & Why Are They Important?

by Anuj Nawal
X
What is Consumer Behaviour? [Ultimate Guide]Marketing EssentialsWouldn’t it be great if marketers know exactly what drives their target audience to choose a particular product over others? This knowledge, if analyz…