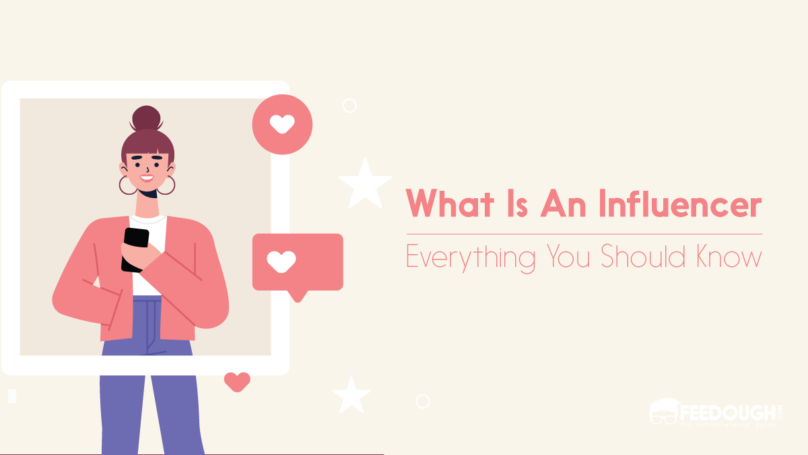 Social media marketing has changed the game when it comes to marketing products and services. It used to be that if you were a brand, you would have to pay for ads in multiple media outlets in order to get your product recognised by the general public. However, this is no longer the case!

Influencers have disrupted the social media marketing industry and have taken over where traditional advertising has failed.

But while this word “influencer” gets thrown around a lot these days on social media. Not many people really know what is an influencer or what an influencer actually does. Think of it this way, they are the new salespeople in town, but instead of hiring them for big bucks, brands give away their products and pay them with samples to get their name out there.

What Is An Influencer?

An influencer is a person or a brand with a noticeable following in a particular niche and the power to affect buying decisions of a large group of people.

How Do Influencers Work?

Influencers are the creators forming the spine of the creator economy.

Their job includes developing content for their followers, engaging with the audience and building a reputation of being the go-to person in their niche.

In short, they are the faces people love to watch during breaks, before making important decisions, and even when they are looking for inspiration.

The Importance Of Influencers

Influencers have become the new torchbearer of word of mouth and virality, both for the consumers and the businesses.

They are the new heroes in town, promoting brands and services without putting out explicit ads. But how does this actually help the brands?

The rise of influencers has changed people’s content consumption habits and buying decisions. People now look up to them to know new trends, learn the latest about a niche, and take recommendations on what they should buy next or which brand they should purchase from.

In a way, this has changed the social media marketing industry as people rely on influencers more than they do brands or companies for recommendations. In fact, over 92% of consumers trust an influencer more than a brand advertisement or celebrity endorsement.

This means that influencers play a great part in influencing people to buy a particular brand or product.

Moreover, with the increased usage of Adblock technologies (over 47% of customers use Adblock), traditional advertisement channels are becoming less effective in educating customers about new brands or services.

The key to brand’s success is to build a relationship with their audience, which they can do by collaborating with influencers.

Today, influencers do not just stop at mere recommendations. They actually perform the role of a brand ambassador and help promote brands across their influence platforms. This trend has increased exponentially with big brands opening up to this realm of opportunities and working more closely with the creator economies to promote themselves.

In fact, brands see an average earned media value of $5.78 for every dollar spent on influencer marketing.

When looking at influencers, one should understand that they come in all shapes and sizes.

They do not just vary based on their following base; rather, other characteristics make them different from one another. Some of the factors that separate influencers from each other include followership, the type of content shared, and the industry they operate in.

The most common and traditional way of categorising influencers is on the basis of how many followers they have. This way, influencers can be divided into five types:

Influencers can be divided into four categories based on the type of content they distribute.

Influencers can be divided into four categories based on their industry of expertise:

Is Influencer A Real Job?

Like any other profession, being an influencer is also a full-time job.

Even though they don’t work under anyone, these influencers are infopreneurs who have daily to-do job lists and specific goals they need to achieve to stay on top of their game.

This profession involves them bridging the gap between a business brand and its target audience using the power of influence.

Some of them also attend live events and conferences or set up their own workshops and seminars to provide more value to their followers and clients.

How Do Influencers Make Money?

Influencers have developed their own creator-centric economy powered by several income streams. These revenue streams include:

How Much Money Do Influencers Make?

It pays to be popular. Influencers with a large social media following can make a lot of money, with over 48.49% of influencers agreeing that they make money from being an authority.

These influencers spend 28.7 hours per week on average to earn this much.

Did we miss something?  Come on! Tell us what you think about our article on what is an influencer in the comments section.

What Is An Influencer? How Do They Work?