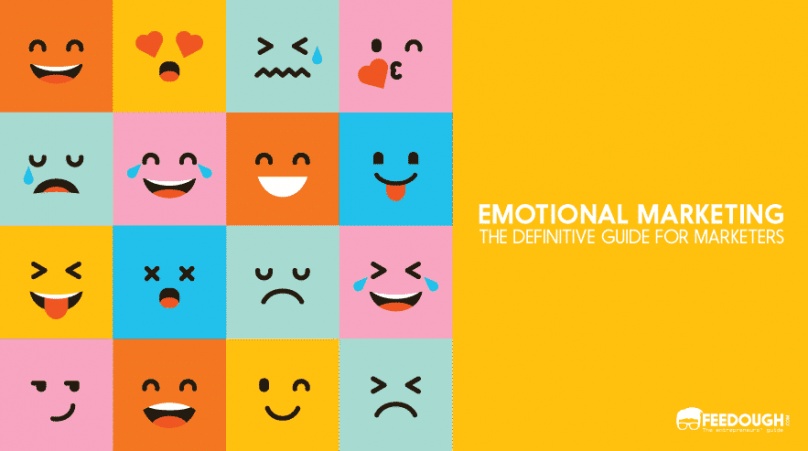 Think of the last time you went to Starbucks. You likely ordered something off the menu and had it customised to suit your taste.

Perhaps you added customisations just because you can, and not necessarily because you need them – it’s Starbucks, after all, which means coffee your way. Even if you laughed at Meg Ryan’s sardonic take on the brand in the movie You’ve Got Mail.

Maybe you stepped into Starbucks because you watched the movie clip and you wanted to see for yourself.

A feeling of wanting to enter, to customise, to buy.

And emotion, in fact, is what guides most of our purchase decisions every day.

What Is Emotional Marketing?

Emotional marketing, simply put, is marketing that targets a consumer’s emotions and thus evokes an emotional response towards the marketer that cannot be entirely rationalised.

Brands that actively engage in emotional marketing tend to play on sentiments like nostalgia, love and youthfulness to create an emotional attachment towards the brand in the mind of the consumer – and over time, this attachment deepens to a bond strong enough that consumers rarely, if ever, opt for other brands.

All of this might sound like eyewash to the strictly rational, but the evidence says otherwise. Extensive research over the decades consistently validates the fact that emotions are the dominant factor in decision-making. People tend to respond to brands based on how they feel about the brand, more than whatever factual knowledge they have of the brand – they are unlikely to purchase from a brand with which they have had a bad experience in the past, even if statistics say that the brand delivers an overall good experience. In fact, the world, according to Forbes, has entered the ‘emotion economy’, where emotions are the reason someone buys (or doesn’t buy). Merely collecting and studying consumer data is no longer enough to understand what makes someone buy. The focus is now on understanding how consumers feel, and the effective computing market – which is developing technology that analyses and simulates human emotion – is poised to grow to $54 billion by 2021.

Why Should You Care About Emotional Marketing?

There are several ways of referring to the largest demographic of today, but the underlying sentiment is the same – bombarded as they are with thousands of ads every day, these folks just don’t have the time to figure out hidden meanings or listen to sales pitches.

Your product may be the best in the market, but you’ll never convert any customers just by reeling off all the reasons you’re the best. If your audience feels nothing, they will move on – to a competitor whose product may not be the best but who has managed to capture the attention of the customer through marketing that touches the heart and convinces to buy. Your meticulously crafted sales pitches and fact-based ads, therefore, won’t take you far with the impatient holders of today’s purse-strings – with only around 8 seconds to convince someone to buy, there’s a clear reason for you to hit them where they’re most sensitive and hit them skillfully enough for their response to be a purchase.

Which Emotions Matter Most For Marketers?

Emotions have as many subtleties as colours – indeed, Robert Plutchik’s famous ‘wheel of emotion’ model categorises emotions on the basis of colours, complete with primary, secondary and tertiary elements. Of course, trying to play to each and every one of these emotions is impossible no matter how big your marketing budget is – and it isn’t necessary either. Research indicates that human emotion is of four basic kinds – and successful emotional marketing plays on one or the other of these four.

Who doesn’t love a puppy? And when it’s a video of a puppy pushing a cat in a stroller, it’s instant virality! Android’s 2015 ‘Friends Furever’ ad showcased interspecies friendships in a delightfully touching way, and was ranked by Unruly as the most shared ad of the year. Closely related to happiness is triumph – empowerment – which is what Nike’s ads are all about. Whether we’re an amputee or a hijabi, Nike says that we should ‘just do it’. Those simple words hit straight to the core and have been inspiring a whole generation of athletes to overcome societal barriers and rise to new heights.

Sadness is a tricky emotion to get right in an ad – just enough pathos to arouse viewers to action, without going overboard. And perhaps nowhere has sadness been captured so brilliantly as in the iconic MetLife Hong Kong ad for its EduCare savings plan.

In this three-and-a-half-minute clip, what appears to be a happy depiction of a little girl talking about her love for her father dissolves into a heart-wrenching account of the struggle the father faces every day to provide for his child. It’s impossible to watch this and not feel a pang. And for the parents who watched this with eyes brimming over? The final tagline ‘A child’s future is worth every sacrifice’ is enough to make them pick up the phone and dial their insurance agent.

Fear is what propels us into action to safeguard ourselves. It creates a sense of urgency that prompts us into sharing – or buying – whatever could keep us safe. Take this ad by Worldwide Fund for Nature, for instance.

No creepy music, no chilling voiceovers – just a shocking image. And when you read the tagline “Stop Climate Change Before It Changes You”, you realise that you could look like the picture someday unless you’re careful. And so you share and spread the word.

Arousing disgust doesn’t mean sharing pictures of month-old leftovers to arouse a “Bleurgh”. It means evoking a sense of being slighted, of being hit in the face with the injustice of something. Anger, here, is righteous anger – against inequality, against racism, against hate. Misogyny is one of the commonest themes that anger-provoking ads lash out against. One of the most iconic ads was P&G’s #LikeAGirl campaign, that won an Emmy for its forthright challenging of a deeply rooted stereotype – that to run, play or catch ‘like a girl’ is to be weak and silly.

Another is Ariel’s #ShareTheLoad campaign, which questions the assumption that laundry is a woman’s job. Neither are dark ads, but both evoke a deep resentment against the misogyny that is ingrained in most of the world.

How Does Emotional Marketing Retain Customers?

Using basic emotions to jolt customers into engagement is the first step. The question arises, though, as to how emotional marketing can ‘make it stick’. How do you retain a customer’s interest long enough to convert it into trust, and hence get the customer to keep buying?

We’re attracted to certain kinds of people more than others, and it’s no different with brands. Research indicates that the personality traits a brand embodies, through its packaging, colour scheme or logo, attract people at an emotional level – and rationality has very little to do with it.

Think about a black cocktail dress from your local department store versus a similar dress from Gucci. Chances are there’s very little difference in the fabric and the fit, and both would be equally suitable for your next party. Why, then, would you opt for the Gucci dress which would cost at least twenty times as much as the other one? Because Gucci – the word alone – has come to denote class. Sophistication. Exclusivity. When you wear the Gucci label, you feel like a celebrity – and that’s worth the extra dollars any day.

‘What’s your story?’ A common enough question in interviews and discussions, and for good reason. Knowing where someone is coming from and why they are doing what they are doing makes them more relatable to us, and hence more likeable. The same applies to brands – people want to be a part of something bigger and grander, and a compelling brand narrative can attract a vast audience who wish to embrace and endorse that narrative.

Shoe brand Tom’s is doing an excellent job with this, including the use of VR to transport buyers to the faraway country where underprivileged kids are wearing the shoes that Tom’s donates for every purchase.

Airbnb, the hospitality behemoth, makes use of a simple yet powerful animation to bring its message home to viewers – that we all want friends, family and a place to call home. Brands like these are loved by their buyers because of the stories they’ve weaved – stories that bring everyone together for a shared purpose.

Individuality is all very well, but at the end of the day we humans like to belong. We like to know that what we do has social approval, makes us cool. When we walk into a Starbucks and order a coffee with any kind of customisation we like, we’re affirming our membership in a club of cool people – the Starbucks club, where everyone can have their favourite kind of coffee. Users of Apple products are in a society of their own, where the badge is the iconic half-eaten apple logo. Harley Davidson is a lifestyle, as is Jack Daniels. They have transcended the state of being merely motorcycles or beverages and become identities in their own right. And embracing those identities makes us cooler people – which is why we don’t mind paying for them.

Like any concept, emotional marketing has its detractors, and a good many of them. They decry emotional marketing as manipulative, as capitalising on social issues to add to the already-swollen purses of the brands. Moreover, the very nature of emotion makes it easy to go overboard and thus risk coming across as insincere. Given the overwhelming evidence in favour of emotion-based marketing, however, it’s safe to say that the positives outweigh the negatives by an order of magnitude – campaigns such as #LikeAGirl serve to educate the public about social issues, regardless of the profits they generate, and an educated public leads to a better world. And we’re still cheering as wildly at every Apple launch as we do whenever our football team scores a goal, so the concept of emotional marketing clearly has significant relevance even in a world that claims to have immunised itself to ads.

After all, if it ain’t broke, we shouldn’t fix it.

Did we miss something?  Come on! Tell us what you think about our article on emotional marketing in the comments section.