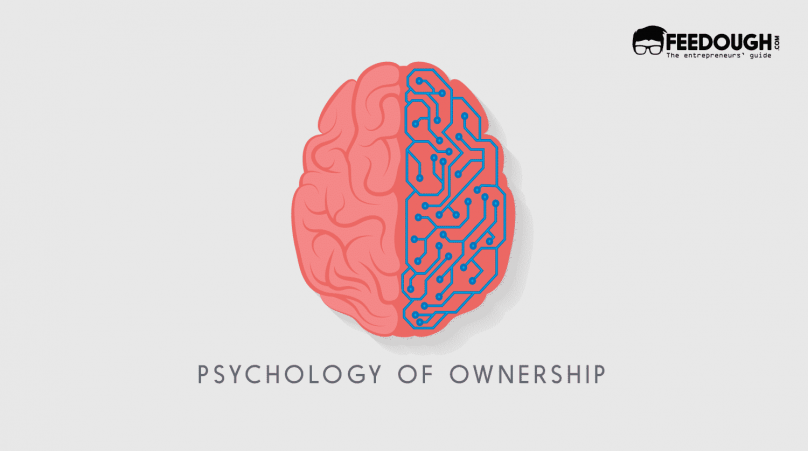 Ever wondered why children are so unwilling to exchange their toys for new ones but are willing to grab a new one without exchange?

Why you prefer that one brand even though it’s costlier or provides fewer features than others?

Why car salesmen offer you free test drives before moving on to the purchase process?

There’s something profound about human nature and that’s our sense of ownership and possession. Even though it starts at an incredibly early age, it intensifies and grows as we grow older. The answer to all the whys and whats about this sense of ownership can be explained by explaining a well-established phenomenon called the endowment effect.

What is the Endowment Effect?

First identified by economist Richard Thaler in the 1970s, the endowment effect explains the human tendency to overvalue things they own. According to Thaler:

Goods [that] are included in the individual’s endowment will be more highly valued than those not held in the endowment, ceteris paribus.

To demonstrate the same, Thaler teamed up with Daniel Kahneman and Jack L. Knetsch and conducted an experiment with some undergraduates and coffee cups. Thaler distributed coffee cups to just half of the students and asked them to estimate the selling price of the same. The other half who were not given the cups were asked to estimate the buying price. The researchers found the estimated buying price to be a half of the estimated selling price. The undergrads with the cup were unwilling to sell it for less than $5.25 whereas the ones with no cup were unwilling to pay more than $2.75 for the same.

What Results in Endowment Effect?

A similar experiment to the one stated above was conducted by Carey K. Morewedge and a team of researchers where they found that the buyers who already owned an identical mug were willing to pay as much for the mug as sellers demanded.

Psychology of Ownership in Marketing

Ever wondered about the money back guarantee of certain products? How do marketers guarantee money back with no questions asked policy even if the product will be of no use to them once returned? Marketers know that the goods once bought will realign the preferences of the customer and there is a very less priority that they will return it to get the money back.

A brand is just like a person to the customer. The behaviour of the customer is directed to the brand just like it is directed towards other humans, and human interactions definitely result in attachments and sense of possession among the parties. It’s the same with the customer and a brand. Brand’s personality and its positioning have a great effect on the customer-brand relationship.

Once the sense of ownership kicks in, brand equity increases. In this era of high competition, it’s the brand which sells more than the product. The endowment effect is also a reason why many brands choose product line extensions over creating a different sub-brand altogether.

The sense of ownership can be seen in the following case studies:

There was a huge show of the sense of ownership at the time when India’s leading instant noodles brand – Maggi was forced to recall all its products from the market on 5 June 2015 because of the allegations which stated the presence of MSG and lead in its existing samples. Around 38,000 tonnes of Maggi noodles were called back and destroyed by the team and the incident created a lot of controversies.

Nevertheless, even though customers were aware of the health hazard, they were unwilling to let go of it and the product was even sold in black. All this because of the sense of ownership for the brand in the minds of the customers.

Soon in the streets of India. #Maggi #Nestle http://t.co/GSHjKDRBeR pic.twitter.com/q3mNKvlzwC

This even proved true when the 2 Minutes Instant noodles were rolled back. After losing almost 80% of the market share, Maggi didn’t take long to earn profits again.

How often have you seen an iPhone owner criticizing android phones and vice versa? There also is a huge probability that an iPhone user will consider an apple product while purchasing products in future. Endowment effect has a great role to play in electronic devices. iPhone owners tend to connect the product with themselves so much that they are often offended if someone criticizes their phone or its features.

Association value of products can be further proved by looking into the market of celebrity-owned products. People believe products which were owned by celebrities previously to have their essence in it. This results in an increased demand for these products which increases their cost.

The essence isn’t limited to celebrity-owned products, sometimes celebrity endorsement is used by the brands for the same reason.

Patanjali is one of a kind brand which broke all the marketing norms and was able to borrow the essence of an entire activity – Yoga. The yoga saint turned brand ambassador, Baba Ramdev, skyrocketed the brand sales just by associating his name with the products.

Did we miss something?  Come on! Tell us what you think of our article on Psychology of Ownership in Marketing in the comments section.

The Psychology of Ownership in Marketing