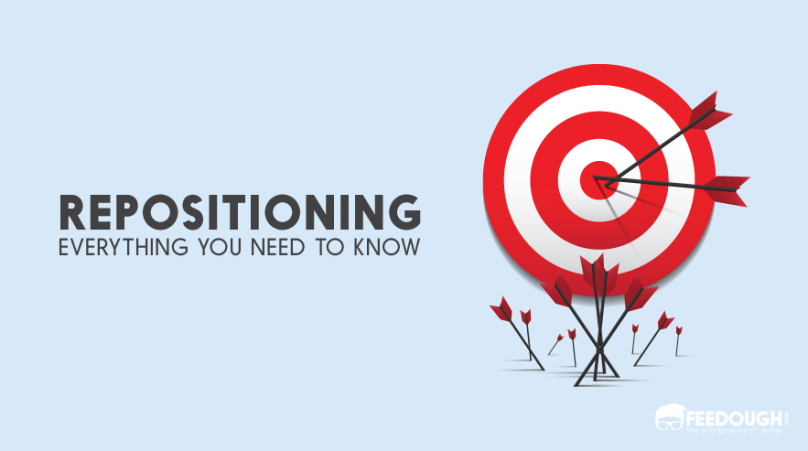 What if I told you that Java failed during its initial days?

The language was originally designed for interactive television but was too advanced for the digital cable television industry in 1991.

Its positioning was faulty. The founders realised it quite early and ‘repositioned’ the brand to serve web browsers in 1996, and the rest is history.

This is just one example of repositioning. The list is never ending –

So, what exactly is repositioning and why do companies reposition themselves? Well, here’s a guide to explain everything.

Repositioning refers to the process of altering the existing space a brand occupies in the brains of the customers.

In simple terms, it is a process of changing how the target market perceives the brand or its offering with respect to its –

With repositioning, the business tries to change the way the customer view the brand without always altering the bond between the customer and the business. It involves changing the brand’s promise and personality with an updated or refreshed –

A brand would want to change the customer perception because of innumerable industry related, brand related, future related, competition related, and customer related reasons. Some of them are –

Often times, increased competition in the market results in the lack of perceived differentiation of the brand compared to its competitors. This requires the brand to reposition itself in order to highlight its particular advantages.

There are cases when a brand is –

Either condition is bad for the brand and requires it to reposition itself.

When the business invests in a substantial product improvement, it is likely to offer additional benefits and cater to a wide audience. This often requires the brand to reposition itself.

The macro environment of the business includes factors that are not in its hands, like –

These changes often force the business to reposition its brand(s).

Brand extension (also called brand stretching) is a marketing strategy where the company makes use of its existing established brand name for a new product or a new product category.

Sometimes, these brand extensions fail, affecting the existing brand image negatively. This requires the brand to reposition itself to change the perception.

The future plans of the business also act as triggers to make it reposition its brand.

Survival of a brand with a faulty positioning is hard, for a simple reason that the target customers are not able to associate emotions, traits, feelings, and sentiments with a mispositioned brand. This makes repositioning really important.

Moreover, with time, as the brand grows, as the industry grows, and as the competition grows, repositioning becomes more important as it helps the brand occupy a different (and more profitable) place in the minds of the customers.

It refreshes the customers’ perception of the brand and gives the brand almost a new start in the market.

Rebranding and repositioning, even though mistaken to be the same, are considerably different processes.

Repositioning, however, requires the brand to update its promise, personality, and its marketing mix. It involves changing everything required to alter the existing perception of the brand in the minds of the customers.

Repositioning isn’t a new practice. It has been in existence since the 18th century when King Friedrich II repositioned potatoes to be daily food.

Since then innumerable companies have repositioned themselves. Here are some notable examples –

Ever since it was launched, McDonald’s positioned itself as a family-friendly low-cost restaurant. Till the early 2010s, the company lacked digital innovation and was known for applying the one-size-fits-all approach to all its outlets. It also received a lot of criticism for having had a menu that had a bad impact on the body. And the brand also had bad relations with its employees.

This made the brand to be less trusted and made the customers try other alternatives.

This made McDonald’s draft a strategy to reposition itself. This is how it went –

The company also executed a repositioning strategy in the late 2010s where it launched a completely new format for McDonald’s franchises. This format is called the “to-go” location, which is a stripped-down version of McDonald’s dedicated to takeout orders. This new format doesn’t include tables and chairs but is full of touch screens for customers to order. And since the ordering is done only digitally, all of the human employees work on fulfilling the orders, which results in faster order processing. Even the menu is streamlined only favourite items like fries, chicken nuggets and the classic Big Mac.

Starbucks failed when it tried to penetrate the coffee industry in Australia in the early 2000s. The company launched its first store in 2000 and tried to penetrate by taking its existing brand promise of ‘coffee as a service’ to an existing matured market.

Starbucks didn’t fit the Australian’s tastes. The company charged more than the local cafes and served sweeter coffee options than the locals preferred.

As a result, the company saw its losses go up to $105 million in the first seven years and had to close 70 percent of its underperforming locations by 2008.

Here’s why it didn’t work out for the brand –

This called for repositioning. So in 2014, when the Withers family (who own the 7-Eleven stores) bought the Australian license for Starbucks, they repositioned the brand to be more ‘Australian’. The menu was changed according to the Australian tastes, the coffee was made more of an experience, and stores were reopened strategically with the focus shifted to cater to the tourist population than the locals.

Did we miss something? Come on! Tell us what you think about our article on repositioning in the comments section.

What Is Repositioning? - Meaning, Reasons, & Example