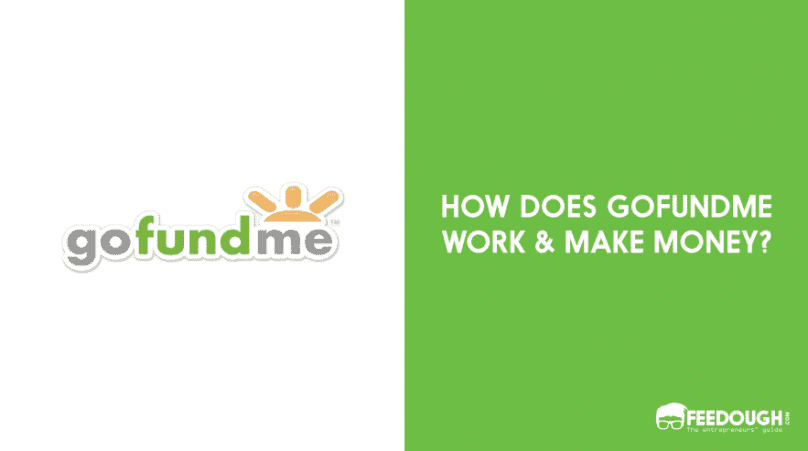 Money is a big deal, right?

Be it to sustain your education, or to support a non-profit organization, or to aid a cancer patient, or give your contribution to a big cause. Money is a big deal.

Apart from aiding numerous victims and helping multiple people realize their dreams by enabling them to solicit funds, these crowdfunding platforms also earn profits and sustain themselves through their innovative business models.

Let’s take a look into the business model and working of the leading name in crowdfunding, GoFundMe.

Contents show
1 What Is GoFundMe?
2 GoFundMe Business Model
3 How Gofundme Works?
3.1 People Who Require Funds
3.2 People Who Are Willing To Help By Sending Donations
4 How Does GoFundMe Make Money?
5 Future Of GoFundMe?

GoFundMe is the world’s largest free fundraising and crowdfunding online platform that lets people raise money for events, be it gathering donations for a cancer-stricken family member or soliciting funds to pay for college tuition. With more than 50 million donors, the platform has successfully raised over $6 billion till now.

The company is based in Redwood City and was formed by Brad Damphousse and Andrew Ballester in May 2010 with the aim of allowing users to create their own page to raise money.

Initially started with a for-profit crowdfunding business model, GoFundMe shifted to a non-profit donation-based business model in 2017 after receiving feedback from the users which suggested (and demanded) all of the money to go to the cause.

Earlier, the company used to charge a certain percentage commission from the amount raised on personal campaigns. Since this wasn’t good for the brand’s image, the company decided to shift its priorities and move to a model where it survives with donations (just like Wikipedia)

But what makes this business model worth to ponder about is that according to GoFundMe’s CEO, Rob Solomon, the just donations are good enough to keep the business profitable.

Anyone who wishes to raise funds for any cause, be it personal or public, can create a campaign on GoFundMe and promote it to receive donations. GoFundMe does not use any kind of All Or Nothing algorithm, which means any amount of donation made to a campaign goes to the campaign generator’s account.

You can create a campaign on GoFundMe for any of the following causes:

Here’s how you can start your own campaign on GoFundMe:-

Here is an example of an ongoing fundraising campaign on GoFundMe:

People Who Are Willing To Help By Sending Donations

Donors can choose the campaign they want to support and can donate whatever amount they wish to. GoFundMe has a specially assigned Trust & Safety Team which ensures that all campaigns and donations are protected under the GoFundMe Guarantee.

All they have to do is to provide their details to the site by filling the following form and are eligible to donate after successful completion of the form.

How Does GoFundMe Make Money?

Before 2017, the company used to take 5 percent of donations raised on its platform, along with ~2.9 percent payment-processing fee collected on each donation, and an additional 30 cents for every donation.

In the present date, everything else rests the same, apart from the company’s decision of 0 percent platform fee that applies to personal campaigns started in US dollars, Canadian dollars, British pounds, and most major European countries. (The business model remains the same commission-based model in some countries like Denmark)

This means that each penny donated on the platform goes only to the fundraiser. In place of the fixed 5 percent cut, the company will instead rely on optional tips to generate revenues from these campaigns according to which, donors are presented with a voluntary option at the end of a transaction to send a few extra dollars to the site.

For personal campaigns in the following countries, GoFundMe is a free platform:-

Here are examples of the 2 fee structures charged by GoFundMe in different countries:

GoFundMe’s business model might seem a bit new to the ears, but it is efficient and up to the expectations of the creators. The company has had a lot of successful campaigns all over these years.

Here are a few of the most successful GoFundMe campaigns along with the huge amounts of money they’ve raised:

Launched in 2010, GoFundMe has become a go-to community for more than 70 million donors.

Seeing the success of GoFundMe in 2018 (even after editions in the business model), it can be said that the GoFundMe business model is a sustainable one, and the company has a bright future for itself.

Did we miss something?  Come on! Tell us what you think of our article on how does GoFundMe make money in the comments section.

A relationship marketing enthusiast, Kanika loves to work on the psychological dynamics of connecting with people. When not working, she can be found gazing at infinity.

X
How Does Sweatcoin Work & Make Money?Business ModelsYou might be a fitness buff or just the average joe who looks for new motivations to go out for a walk every morning. Well, now there’s a new app that…

by Kanika Kataria
X
Why Is IKEA So Cheap? | IKEA Business ModelBrand StudyIKEA is known as that Furniture store where you get economical furniture for all your needs. And it reaches your home in a flat pack DIY system to sui…