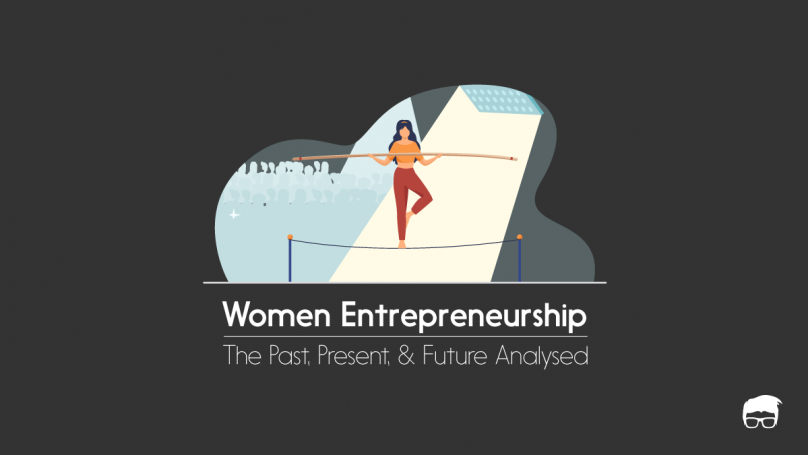 While today we see a broader outlook on women in business, it has not always been the case. In the past, women have often been the victims of intense gender prejudice and biases. However, the scene is gradually changing today.

As times changed and society experienced a shift in its mindset, women were finally given a chance to display their potential.

Such a shift did not come easily, and for it to happen, women had to go out of their ways and present a side of them that was previously unknown to the world. It took courage to put a brave front and leave a lasting impression in a space that had been dominated by men.

Contrary to what one might believe, women have crossed the threshold of the entrepreneurial world as far back as the 1700s. Take the example of Eliza Lucas Pinckney, who made high-quality blue indigo dye in 1739. It was a success and was soon ranked the second-highest South Carolina export crop.

However, women entrepreneurs did have to face several barriers, some of which have been discussed below.

True, it wasn’t commonplace for a woman to be involved in anything outside her family. Still, a few women managed to set foot into this highly exclusive world of entrepreneurship when there existed several antagonistic forces. These forces dissuaded women from coming anywhere near the labour market, let alone gaining support for their business endeavours.

Education levels among women had been low in the past. This did not allow women at that time to discover their true potential, leaving it untapped.

There even existed laws that brought about widespread discrimination when it came to lending financial assistance to women in business. State laws that required women to have their husbands co-sign for all the loans they took only made matters worse.

As one could imagine, back then, women who were in urgent need for a job for being the sole providers were not welcome in the job market. There existed no business regulations that supported a woman’s decision to work. Owing to this disadvantage, women were compelled to be self-employed.

In 1988, Congress passed the Women’s Business Ownership act, which greatly aided women in business. It promoted equality and discouraged all sorts of discrimination that robbed women of opportunities and access to the business world.

Amidst circumstances set against women, they did manage to break the glass ceiling and slowly gain wider acceptance and access to the entrepreneurial world. As years passed and their efforts paid off, women were seen to have contributed significantly to the economy through their businesses.

The cosmetics industry, too, witnessed numerous women entrepreneurs come up with the next big idea. In 1912, Elizabeth Arden first introduced the concept of eye make up to American women. Later, in 1946, Estée Lauder founded her eponymous cosmetics company, and through the means of her ingenious marketing techniques, spread the company’s name globally.

Brownie Wise is known to be the woman behind Tupperware’s success, and her marketing tactics are still employed by companies worldwide.

Such women worked hard towards obliterating prevailing biases that were used against them.

The women of the past did expedite women empowerment by simply representing the female population. They had been forced to contend with several stumbling blocks in their most intense forms. By proving those who held strong gender biases wrong, they cleared the way for other women to create a mark in the entrepreneurial world.

Today, we witness several women-led businesses mushrooming, which is, doubtlessly, a great sign. It has been estimated that over the last 20 years, the number of women in business has shot up by 114%! Through this incredible statistic, we understand how fast women are making their presence felt in the entrepreneurial world.

Research published by the Mastercard Index of Women Entrepreneurs 2019 shows that the USA is witnessing an increasing trend in the participation of women in the labour force, access to financial support and access to knowledge assets. This placed the USA on the top spot for Female Entrepreneurship.

More and more industries each day witness women making a mark. Be it fashion or technology, media or publishing, women are indeed giving their male counterparts a run for their money.

Melanie Perkins, the CEO and co-founder of Canva, Susan Wojcicki, the CEO of YouTube, Indra Nooyi, the former CEO of Pepsi, and Arianna Huffington, the founder of The Huffington Post are just a few of the endless list of examples of successful female entrepreneurs that we have today.

The present does indeed seem a lot kinder to women than the past.

In Africa, we see more women entrepreneurs than male ones. This is mostly because entrepreneurship is more of a necessity than a choice for African women.

While women are proudly wearing their businesses like a badge of honour, we mustn’t ignore the challenges women entrepreneurs face today.

Cultural and gender biases and sexism cause investors to refuse funding women-led businesses.

A study revealed that today, only 25% of women entrepreneurs found investors for their startups, and 8% these female entrepreneurs received only partial funding.

Women in tech-startups are not taken seriously due to women’s pre-existing notions not being good enough in that sector. For this reason, investors hesitate to invest in tech-related startups led by women.

Women are expected to perform several roles in a household- she is the wife, the mother, and the daughter in law who takes good care of the house and the family.

In some cultures, women are not allowed to step out of the house to earn. While in others, women are expected to take full responsibility of their children. Owing to this, women prefer jobs over businesses as they provide them with benefits like child healthcare and paid maternity leaves.

Low levels of literacy among women in developing countries and lower training opportunities, too, add to the challenges potential women entrepreneurs face.

Laws regulating the private sphere of a female’s life like those regarding marriage, property and inheritance can obstruct a woman’s claim to assets that she can use as collaterals against a loan. For example, in Kenya, we see that land is titled mainly only in the name of the man of the house. This robs the woman of the opportunity of securing a loan against the land without the man’s approval.

In order to overcome these obstacles, women are supporting each other. They are increasingly making the most of the resources they have at hand, and are bringing to the table new ideas to do so. Women entrepreneurs continue to transform the entrepreneurial landscape, and in the process, they are opening doors to new opportunities for several other women as well.

The future does indeed look bright for women in the entrepreneurial industry.

Hillary Clinton once said, “Women are the largest untapped reservoir of talent in the world.”

We do see women entering the entrepreneurial market in the present, but we cannot ignore the fact that not all women – like those in developing nations – are given a chance to step out of their routine duties and discover their potential.

By taking steps towards shaping policies and eliminating conventional social norms that are unfairly discriminatory towards women, we will be able to ensure the women of the next generation a brighter future.

Additionally, taking essential steps like expanding accessibility to women’s financial aid and creating a more inclusive environment for women is essential. In doing so, we are likely to witness a boost in the number of women entering this predominantly male industry.

While women continue to take bold steps towards moulding their own futures and in the process, contributing to society and the economy, the society too needs to take a stand against forces that may prevent women from progressing. It is integral to believe in their potential of bringing to the table valuable solutions to the pressing problems that we as a society face.

The positive trend of women in business is definitely an encouraging one. Women entrepreneurs’ journey from the past to the present has set forth women in a completely different light – they are bold risk-takers and great decision-makers; hence, completely capable of engaging in successful entrepreneurial endeavours.

Breaking through the glass ceiling has been an arduous task for many women. But through it all, women continue to represent women, bringing more women and their transformative ideas to the field.

I would only wish for this trend to continue and hope that more women are presented with equal opportunities as their male counterparts. Together, both genders could work wonders by engendering ideas that would transform economies like never before!

Did we miss something? Come on! Tell us what you think about our article on women entrepreneurship past, present, and future in the comments section.

X
Challenges Women Entrepreneurs FaceFeaturedEntrepreneurship as a women profession might have been a distant dream in the past. But today, things look a lot different than they did a few decades…

The Past, Present, And Future Of Women Entrepreneurship

by Siddhi Kamble
X
5 Effective Ways To Monetise Your Email ListFeaturedLove them or hate them, but you can’t deny that emails are still an essential part of any successful business. Your users love to subscribe to email l…