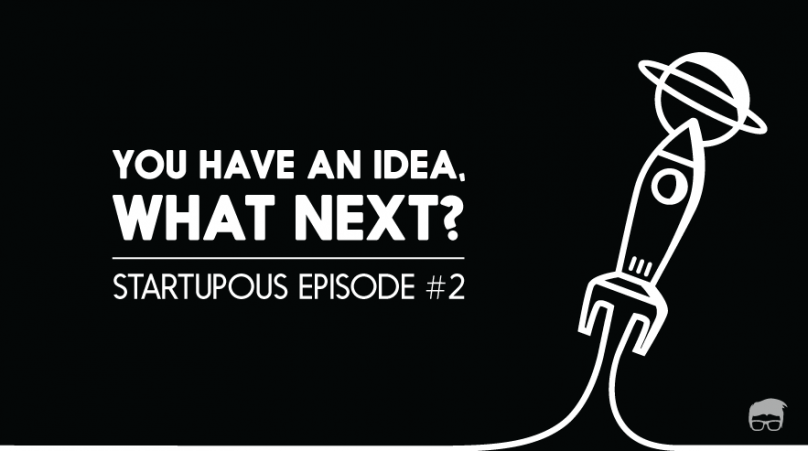 You have an idea, a wonderful one, one that can disrupt an entire industry. But now you don’t know how to move ahead and convert it into reality.

You’re not alone in this.

The path just ahead of ideation is often blurry to many, mostly because you lack experience, you lack guidance, and because it often involves stepping out of your comfort zone.

But before moving on to discussing how you can convert this business idea into reality, let’s discuss what completes an idea first.

Contents show
1 What Completes an Idea?
1.1 What Is the Problem?
1.2 Who Is Facing The Problem?
1.3 What Solution Are You Selling?
1.4 Why Would Your Customer Buy Your Solution?
2 Converting The Idea Into A Concept
3 Validate Your Assumptions
3.1 Concierge MVP
3.2 Wizards Of Oz
3.3 Piecemeal MVP

What Completes an Idea?

What Is the Problem?

A problem is the spine of an idea. Your business idea should be a result of a problem, not that you thought of a solution and now looking for a perfect problem where it fits into.

Now, pinpoint the exact pain-points that you want to heal.

It’s as simple as – “waiting too long for the groceries to get delivered”, “Waiting in long queues to get into the restaurant”, etc.

Who Is Facing The Problem?

This is your target market. Narrow it down as much as you can. The answer to this question shouldn’t be limited to phrases like “working men”, “housewives”, “daily wagers” etc. But this answer should define the persona of the group that you wish to target.

Now, suppose I have an idea to open a book compilation and publishing company for bloggers and hobby writers.

Of course, my target market would include bloggers and hobby writers. But I have to be specific in whom I want to target.

I would have to find a perfect niche first – say sci-fi.

Then I’d have to narrow down to the preferred language – let’s keep it English.

And then, to make my work easier for the start and get more conversions, I would only choose bloggers and hobby writers with a blog or a social media page with a followership of at least 5000.

So that makes – Sci-fi oriented hobby writers who have an English blog with at least 5000 followers.

What Solution Are You Selling?

Now that you have a problem and you know the person who faces the problem, defining your solution becomes very easy.

All you need to do is to solve the problem.

This solution forms the base your startup stands on.

Don’t layer it much. I’m not talking about how you’ll offer your solution but just how are you going to solve the problem.

Keep it this simple.

Why Would Your Customer Buy Your Solution?

Now, this can be as simple as “because water is tasteless and my target audience often looks for a tasty solution to quench their thirst”

“My app gives them an option to break the queue and get into the restaurant before anyone else for just $5.”

Answering these four questions completes your idea – an idea you think people will pay for.

The next includes testing it for its credibility.

Converting The Idea Into A Concept

Before we start, let me break this to you.

A concept is very different from an idea. While an idea is just a thought in your mind, a concept is a well-defined idea that has been tested for its credibility.

So, to convert your idea into a concept, you have to validate your assumptions you mentioned above.

This is an interesting process. It involves you to go out and ask just three questions from your target audience.

Next, it is your turn to answer some questions –

And half of your work is done. You now have a concept that fits perfectly to your target market’s needs.

But will they pay for it?

If yes, how much?

And how would they like it to be served?

The activity we did above is called filling up a value proposition canvas which focuses on customer profile and value map. It helps you develop what is actually required in the market, develop an offering which actually gets the job done, relieves the pains, and helps gain whatever the customer wants to achieve.

But oftentimes, even value proposition canvas results in false assumptions and even this proof of concept often fails.

Let’s say I really want to start the same remote work managing platform we talked about before.

Now, even though I have validated that there’s a need for such an online platform, there’s no surety that the customer will use it or pay for it.

Maybe because the customer is too habitual of using Zoom as a video conferencing software or maybe all of his team members are on Trello and are not willing to move on to try another tool.

Now, this is a competitive barrier because of the network effect.

A network effect is the increased value of an offering when more people use it. For example, even though WhatsApp lacks several internet messaging features, it is very valuable for its users because their contacts are already using it.

Even if I launch an IM with better encryption and features than WhatsApp, it’ll be very difficult for me to get those customers to leave WhatsApp and try my app. Many won’t even try it just because their friends are not on it.

So, if you get me here, validating the actual market need for the product is very important before you go on to convert your idea into a full-fledged product.

And you do it by launching an MVP.

An MVP or the minimum viable product is the first saleable version of your product designed with minimum yet sufficient features to satisfy early adopters and to validate the assumptions of usability and demand basis on which the final product is developed.

In simple terms, you launch a very basic version of your product which just helps the customer to get his job done without any frills attached.

For the remote work platform, I might just use an available video conferencing API and combine it with very basic project management features (like Trello’s free version) without investing much on servers. It’ll be an offering just big enough so as to get around 50-100 users on board and try it, understand what I’m offering, and give me feedback.

Remember this phrase when you start building your MVP – Minimum Effort, Maximum Learning.

You don’t have to launch the final product as an MVP, just launch a viable product which gets the job done, and which is saleable enough to understand whether the customer will pay for it or not.

Now, there are three types of MVPs that you can choose from –

In concierge MVP, instead of coding or building an automated offering, you do the operations manually.

It prevents you from wasting time building something no one would actually pay for.

“Donald Trump’s nose looks like a carrot, beetroot ginger, or a turnip”

Now, you know the bases you’ll use to match the profiles. But instead of coding the algorithm, you launch an MVP where you manually use those bases to match profiles and see the response.

The hypothesis is that people would like matches with equal weirdness.

If things don’t work out, you change your hypothesis and try again.

In the concierge type, you often tell the customers that you do things manually and even take feedback to understand their behaviour and requirements better.

Doing things manually helps you validate your most important hypothesis of –

Wizards of Oz works just like the concierge MVP where the automated part is replaced by a human. However, you never tell your audience that the tasks are done manually. You make them believe that it’s an algorithm and test how they respond to you your solution.

In simple terms, the user thinks that he is interacting with an automated product, but in reality, a human is doing all the tasks and pulling all the levers manually.

The only difference between concierge MVP and wizards of oz is that, instead of validating their behaviour and choices, you validate your solution in using the Wizards of Oz MVP.

Suppose you want to launch an AI-powered gift recommendation platform. In such a platform, what matters the most is the recommended gift. People don’t care if the work is done by human or artificial intelligence.

That’s when you use wizards of Oz MVP.

Sometimes, there are cases, when the tasks can’t be performed manually, where you need something coded or automated to work for you.

It is a way to test a product in the market by investing a minimum amount of money (or even nothing). Usually, existing tools and solutions are used to deliver the offering in a piecemeal MVP.

For example, using a Wordpress website to test an eCommerce store rather than investing in it before the actual market is validated.

The platform was launched on WordPress, a free CMS, and used emails and existing tools like Filemaker to generate PDF versions of coupons.

The founders validated whether the user would pay for coupons or not, succeeded in it, and invested in their platform after that. You know what followed and how successful the company is today.

Similarly, to validate your concept hypotheses, you can develop your own MVP. But just keep in mind to –

Once you’re confident that the product is needed in the market, it’s time to build a business model that will last long.

Did we miss something? Come on! Tell us what you think about our article on startup idea in the comments section.

You Have An Idea, What Next?