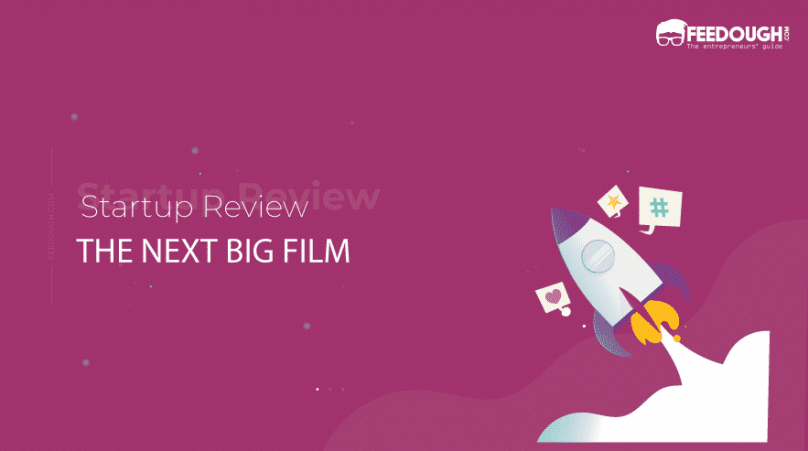 What if there were a fantasy game for films where you could predict a film’s success, bid on it, and win revenue rights if you had the biggest bid?

If you’re a movie buff, you’re going to love what we have here (because we loved the concept too).

The Next Big Film is an immersive film experience that combines elements of films, game and fantasy sport. It is a box office prediction game that offers you an entirely new way to connect with both your friends and favourite films.

Contents show
1 The Next Big Film – Startup Review By Feedough
1.1 The Concept
1.2 The Offering
1.3 The Value Proposition
2 The Interview
2.1 How Is Your Offering Disrupting The Industry?
2.2 How It All Started?
2.3 Why Did You Choose This Niche?
2.4 The Team
2.5 What’s The Progress Till Now And What Are You Expecting In Future?
3 Feedough’s Take On The Next Big Film
3.1 Interested?
4 Get Your Startup Reviewed By Feedough!

The Next Big Film – Startup Review By Feedough 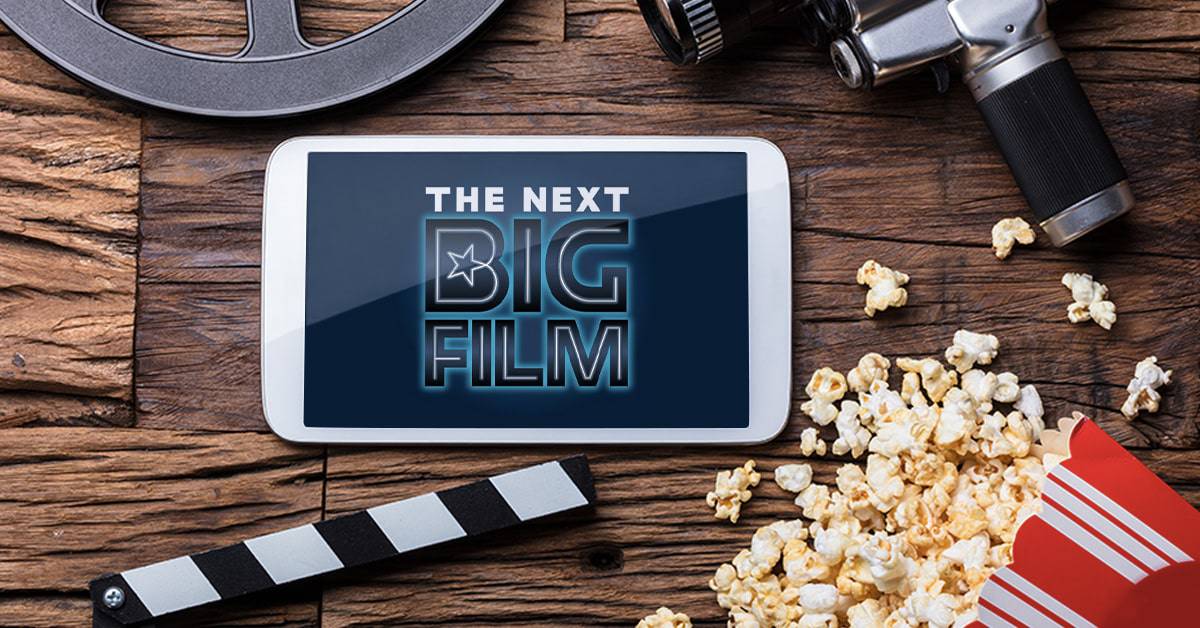 Yes, you read it right. A game where you act as the chief executive of a big-name film distributor like Warner Bros or Disney and are responsible for our company’s film portfolio and the revenue it generates.

Started in 2016 by Byron Thomas over a banter with his friend about whether the Dark Knight or Avengers would dominate the box office, the startup tapped the untapped opportunity to make the film industry more engaging.

The problem with the film industry is that it fails to create real engagement with the audience. Unlike sports, the audience doesn’t feel much related to the movies, and the film interest levels quickly decline after the release.

The Next Big Film capitalizes on the psychology of ownership and offers an interactive game which connects the upcoming movies to the audience in a more engaging way.

The game – currently available on App Store, makes you a senior executive of one of the world’s largest film studios, who is responsible for the company’s film portfolio.

On registering, you receive 1 million virtual pounds each day which you can use to bid in the fantasy film auction game. A new film is opened for bidding every day and the bid starts at an opening value of £10,000 virtual pounds. If you bid the highest, you become the owner of that film and secure the rights to 60% of the film’s revenue.

This profit can be used to bid on other movies.

The sense of ownership and interest in the film’s progress results in more engagement even after the movie has released. This benefits the filmmakers. And the added touch of network effect where the users get to compete with their friends and others all over the world in bidding for their most anticipated films makes it enticing for the users as well.

We discussed the concept, vision, and the future prospects of the startup with Byron Thomas, the CEO of The Next Big Film. Here are his thoughts on his startup –

How Is Your Offering Disrupting The Industry?

Byron: We think we are doing something that’s beyond ‘Disruption’, The Next Big Film is ‘Disregarding’ our affiliate industries. For the past year, we have been pushing this concept out to those in the Film, Gaming and Entertainment sectors. Our argument was that we’re doing something that is fun and exciting and will change how we interact, discuss and even promote the film. We weren’t satisfied with the pace that things were moving in relation to discussions and so we decided to bootstrap this ourselves and to build our audience in an organic and personable way. This is a hybrid concept where elements from Film, Gaming and Fantasy Sport all are creatively merged into a cinematic-gaming, mobile experience. We take pleasure in offering a completely free box-office experience and that we are creating an entirely new industry called ‘Competitive Entertainment’, where we take traditional forms of amusement and inject a competitive twist into it, this consist of both television and film as examples.

For years the only means to interact with Film was done passively. You passively: read the re-hashed film articles, viewed the 2-minute trailers and watched the film. The Next Big Film offers active movie entertainment. Players take on the roll as Studio Executives and they must use their knowledge of film, gaming strategy and other tactics to secure the up and coming blockbuster hits. This enables the fan to share in the box-office success of their favourite films. Furthermore, it extends their interest levels in a film beyond its theatrical release for players now have an invested interest in a movies box-office performance. Moreover, our cinematic game kick starts weeks before the film release date thus this fills that period of inactivity where the fan has to eagerly await for the film and re-watch those short-lived film trailers (I personally watched the Suicide Squad trailer over 12 times within a two day period).

We are offering the equivalent of what has been generated for both the Sport and Gambling enthusiasts think Fantasy Football and Online Poker. Both type of fans no longer have to leave their premise to partake in their favourite pastime, a Fantasy Sports League or an Online Poker championship can be formed from the comforts of their own home. The Film enthusiasts have no equivalent… until now.

How It All Started?

Byron: This concept started over banter about the film (the Dark Knight vs Avengers: which will dominate in the box-office). Film fans, like Sports Enthusiasts, are passionate about their pastime. Instead of leaving our film debate discussion open for further talks we decided to put our virtual money where our mouth was. We met up at a pub to host the first Fantasy Film Auction. We were simply auctioning off films that were due to be released using virtual money, each film league member or player was allocated 100 virtual pounds. We would then try to outbid other players for films that we thought would box-office hits and then track their performance over their theatrical window. Post film auction we found that everything changed, our discussions became more about film stats and we were more engaged with each movie. We added an objective element into the film experience where box-office figures, statistics and historical patterns were considered. This was the first fantasy film league filled with nothing but avid film fans, techies, students and working professional who shared a general interest in film and entertainment.

The Next Big Film is simply translating those years in the pub where we hosted live film auctions over several pints into a mobile app experience for ALL to play.

Why Did You Choose This Niche?

Byron: The niche chose us. That eureka moment happened only after the fantasy film auctions held at our local pub. We began to fine tune the live game and tinker with the rules and parameters though only for the original Film League members. However, as we entertained further ideas to evolve this we realized that our mobile app platform can enable 10’s, 100’s 1000’s or 1000000’s of avid film fans to play worldwide, creating their own fantasy film leagues and organizing their rules from the comfort of their very own home.

Byron: Our core team consist of four passionate and creative individuals. Each of our talents come from various backgrounds and generally have their own unique taste in film. Our tech lead Andrii is from Ukraine and in addition to app development and film he also enjoys extreme water sports. Our Digital Content Editor Kate is a recent graduate who loves Rugby and is primarily responsible for the content that you see and for establishing our tone-of-voice. Our Brand and Operations talent is Amanda, she is a Product Manage by day, and a fierce, business savvy person at night. In addition, she is my backup and must deal with all of my crazy ideas and put them into context. I occupy the lead role and my top five films include: The Matrix (1999), House Party (1990), IT (2017), Old School (2003), The Doors (1991). I’m the visionary of all this madness and my team are the ones who keep this in order.

What’s The Progress Till Now And What Are You Expecting In Future?

Byron: We started out hosting only live, physical film auctions. We then tested the waters and developed a web-based beta version. We collected some input from players and went into Phase 2 development by adopting this web version of the game into a mobile app experience.

In the future, we are wanting to continue to refine this daily interactive film experience by making our minimal viable product an even more robust platform. We’ll then look at adding some really draw dropping features such as the ability to chat with other players in your film league, the ability rate/rank films, user profiles and so on. We have a catalogue of ideas we’re going to introduce, we now need further input from the audience to steer us into a direction. Lastly, we are wanting to inject more diverse films from all geographic regions for there is a Hollywood in each of these (China, India, Nigeria, Russia, Australia, South America and the list goes on).

We’re also wanting to reconnect with studios by offering them a creative, cost-effective channel to promote their film product. We hope to secure key partnerships to help accelerate the growth of The Next Big Film.

Feedough’s Take On The Next Big Film 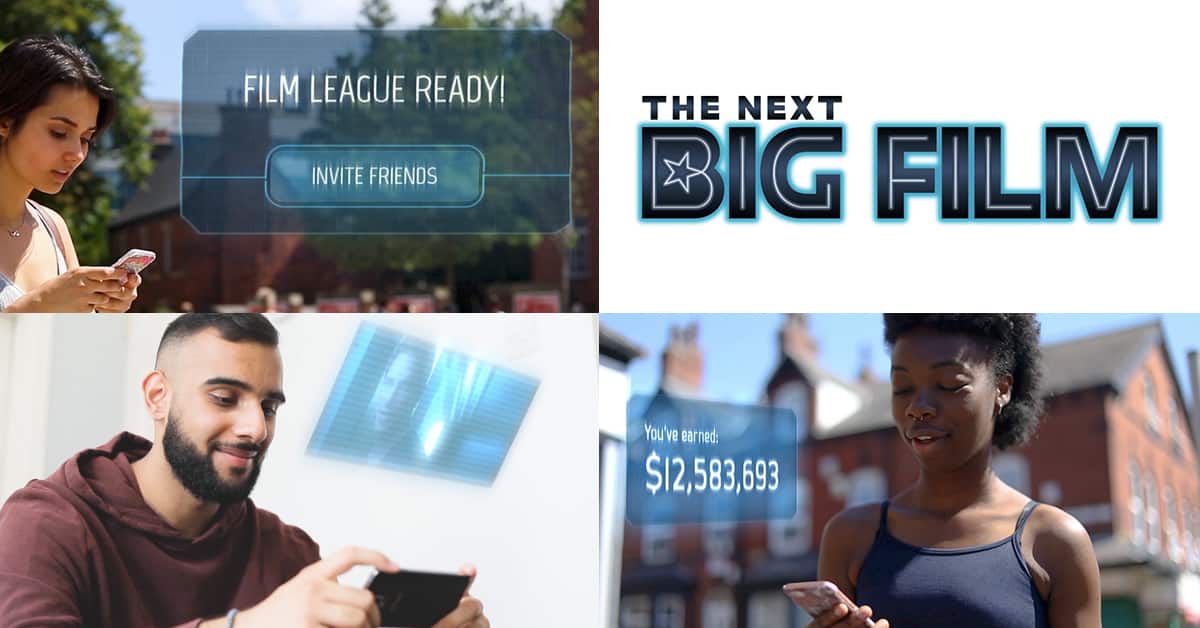 The Next Big Film has tapped the opportunity which was waiting to be tapped. The films industry does require some add-ons when it comes to engagement.

Having film evangelists which stick to the film even after its release will certainly add to the marketing efforts of the production houses.

Even though the concept of this startup is spot-on, we believe there are a lot of elements that can be added to it. The first being data collection. Collecting and providing the data to the production houses could be a great addon to the revenue model.

That being said, The Next Big Film seems like the next big thing. Let’s see how it progresses over time.

If you’re a big movie buff (like us), you would want to download The Next Big Film application from the App Store.

Get Your Startup Reviewed By Feedough!

Get discovered by over 500,000 monthly visitors. Explain your offering to over thousands of potential investors, customers, and top blogs.

Startup reviews are custom written posts by our experienced team who’ll work closely with your team to create the best pitch possible. The review article will be posted and shared with thousands of our subscribers over emails, social media posts, and push notifications.

Use this form to get in touch.