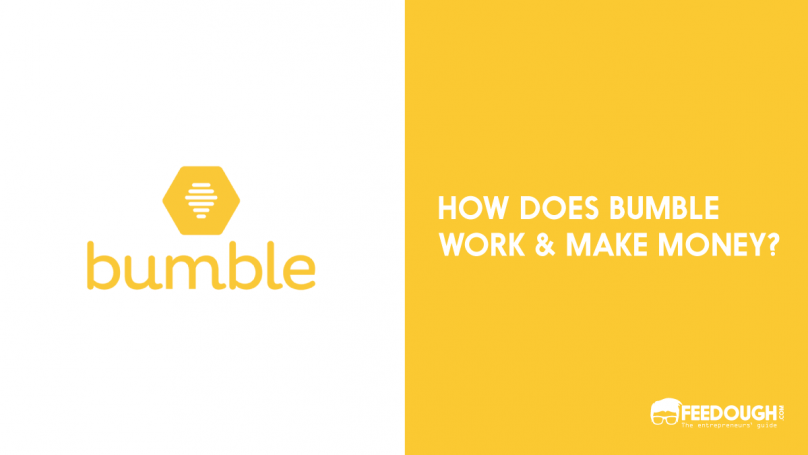 Technology has revolutionised our lifestyles. Its impact on the way we learn, work and shop was somewhat imaginable, but this change in our dating ethos is surprising.

Dating applications were a perfect innovation in the world where people spent most of their time online. The world’s first online dating website, Match.com, was launched in 1995.

Later, Tinder revolutionised the industry with its advent in 2012. It became normal for people to search (and find) their perfect relationships on a mobile app.

Since then, many companies have launched dating websites and applications but only few of them are successful. Bumble business model is one such thriving model.

Broadly speaking, Bumble is a geolocation-based social application that allows its users to build healthy relationships, friendships, and professional networks. Launched as a women-centric dating app in 2014 by Whitney Wolfe Herd, Bumble aims at building an empowering and inclusive community. Kindness, integrity, equality, confidence, and respect lay at the foundation of the company.

Herd founded Bumble after her rift with Tinder. She sued its senior executives, alleging that they sexually harassed her, unfairly took her co-founder title away and plotted to push her out of the company.

When she was still fighting the personal and legal battles, Badoo’s founder and CEO, Andrey Andreev, approached her. Herd and Andreev partnered to create a safe dating space for women; thus, Bumble came into being.

Gradually, the company’s focus shifted its business model from dating towards building a community wherein everyone built and maintained healthy connections. It is the first app of its kind to combine dating, building friendships, and professional networking.

Who Are Bumble’s Customers?

Bumble’s target demographic is youngsters between 18 to 34 years of age who are looking for meaningful personal and professional connections.

However, since Bumble was created as a female-centric dating app, women are still its primary customers. They are attracted by the prospects of a safe networking and relationship-building space. The growing number of women on the app drives its popularity among men as well via network effect.

Network effect states that the value of certain goods and services increase when more people use them. Bumble’s growing consumer base raises one’s probability of building healthy relationships on the platform and, thus, brings in more people.

Although Bumble started as a dating app, its focus has shifted towards building a holistic community of people over time, especially with the launch of Bumble BFF and Bumble Bizz. However, the platform still gives primary importance to women.

What Value Does Bumble Provide?

Bumble business model aims at creating a platform where people build healthy personal and professional relationships. Launched as a dating app in 2014, its focus has changed over time to build a wholesome inclusive community of people who want healthy connections. It seeks to become ‘the Facebook for people you don’t know’ and promotes ‘accountability, equality, and kindness’. Although most of Bumble’s users still see it as a dating app, the company is working on its reputation as a community-building platform.

What Value Does Bumble Provide to Women?

Bumble was launched to create a harassment-free dating space for women where their moves were valued. It has always been women-centric and ‘100% feminist’ in its approach.

Unlike Tinder or other dating apps, here only female partners can make the first move in heterosexual matches. Besides reversing the archaic gender norms, this significantly cuts down the gender-based harassment that is common to the typical dating apps.

Bumble has integrated verification tools in its software interface to screen fake profiles, bots, and obscene content. Its zero-tolerance policy against bad behaviour enhances its worth among women.

What Value Does Bumble Provide to Men?

Bumble’s feminist approach provides value to men as well. The platform’s increasing popularity among women makes it a suitable place for men looking for heterosexual connections. Since only women can make the first move, men are saved from the burden of doing so every time; for once, they can sit back and watch the other person break the ice.

In 2020, Chappy, a dating platform for homosexual men, merged with Bumble to create a safe dating space across the LGBTQIA+ spectrum. With its inclusive intent, Bumble does the job well.

How does Bumble Operate?

Customers sign up on Bumble using their Facebook accounts or phone numbers. Then, they fill in relevant details to build their profiles and select appropriate filters to screen their prospective matches based on gender, distance, etc.

Bumble shows its users the profiles of their potential matches one at a time. They can swipe right or left according to their preference. When two users swipe right to each other’s profile, it’s a match. However, they need to initiate a conversation within the stipulated time else the match expires.

Bumble occupies 12.7% of the US dating market with 42 million active monthly users. Since most of them are looking for heterosexual relationships, the growing number of women on Bumble attracts men as well to drive up the app’s share in the dating industry. However, only women can make the first move here.

In same-gender matches, either party can initiate the conversation. For each first move that is made, Bumble donates to a cause of its users’ choice.

Bizz is the professional side of this ‘dating’ app. Launched in 2017, Bumble Bizz mode allows the users to build professional networks in their respective fields. Like Bumble BFF, there is no bar to either side texting first on Bizz.

A few of the above features are available for free, while users must pay for the rest. Bumble lets its customers use multiple modes out of Date, BFF, and Bizz simultaneously by maintaining separate profiles.

Besides texting, users can also talk to their matches on voice and video calls. When the COVID-19 pandemic burst out, Bumble came up with virtual dating badges and guidelines to ensure its users’ safety. It also provides them access to a plethora of content on healthy relationships and mental well-being.

Bumble works on a freemium business model. A freemium model is the one wherein customers are provided basic services for free and are charged a certain premium for additional features. Many popular apps such as YouTube, Spotify, and Google are built on the freemium model.

Anyone above the age of 18 can create a Bumble profile for free and connect with people around them. This is how the company expands its customer base. Moreover, the presence of existing users on the app encourages more to join in via network effect.

Bumble doesn’t charge anything for creating profiles and building connections. However, users have to pay when they want additional features like Beeline, Backtrack and SuperSwipe.

How Does Bumble Make Money?

Bumble doesn’t charge its users to create profiles and build relationships. However, they are required to pay for using additional features. As of now, it has about 1.1 million paying users. In 2020, Bumble’s revenue was second highest among all the dating apps in Google Play and Apple Store.

For add ons like SuperSwipe and Spotlight, Bumble asks its users to pay a token number of Bumble coins. Such nominal transactions are called micropayments. Once engaged, users don’t normally mind paying these small amounts.

Bumble Boost or Premium upgrades users to the platform’s deluxe level. They get various benefits such as access to Beeline and advanced filters, Backtrack, Extend, etc.

Although Bumble also earns through partnerships and advertisements, they resulted in only 3% of its revenue in 2019. Most of Bumble’s earnings come from premium subscriptions and add-ons.

Sources of Expenses for Bumble

Although Bumble has enjoyed its profitability periods, we cannot call it a fully profitable venture. However, the company’s revenue has been growing at a 31% rate year over year.

In February 2021, Bumble went public. It raised $2.15 billion in IPO, one of the most successful IPOs of the year. It soared more than 80% during the first few minutes of trading. This was a good milestone for the company.

Did we miss something? Come on! Tell us what you think about our article on bumble business model in the comments section.

A finance enthusiast, literature beau and lifelong learner. Working her way up the success ladder and her personal philosophy textbook, Kavvya believes that a good conversation is worth more than a good book. When not working, she can be found reading, writing and engaging in long walks.